Turkey pushes for clear objectives in Syria amid contradicting interests of Russia, US 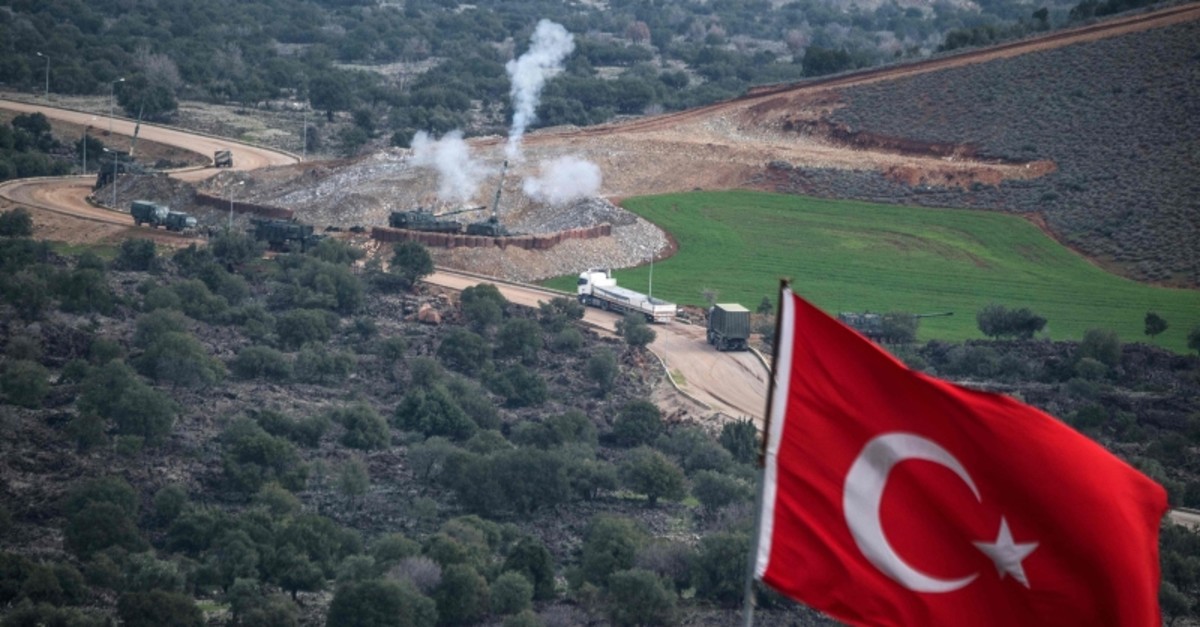 The recent developments in Syria, including the withdrawal decision by the U.S., have been complicating the already challenging situation even more in the war-torn country that is desperate for a political resolution.

As one of the most engaged actors on the ground and a neighbor sharing more than 911 kilometers of borders with Syria, Turkey has been voicing its concerns over terrorist threats to its national security and the ultimate need for bringing political stability to the region. The other actors on the ground, namely the United States, Russia, and Iran have also put their agency to work in Syria, in a way that best serves their own interests, without necessarily taking Ankara's security concerns into consideration, and at times through seemingly inconsistent policies.

Moreover, Turkey has clearly underlined that it ultimately works to prevent the presence of terrorist groups, protect the territorial integrity of Syria and enable the return of the refugees to safe areas. One of the conflicting issues between Ankara and other actors on the ground is their approach to the PKK terrorist group's Syrian affiliate, the People's Protection Units (YPG), which is backed by the U.S. under the pretext of fighting Daesh. Turkey has repeatedly called on the U.S. to end its partnership with the group, and Turkish officials have repeatedly stressed that a terror corridor, an autonomous region in northern Syria governed by the YPG, along Turkey's borders will not be accepted.

Russia also does not put the YPG; a group Ankara says is not any different from the PKK, on its terrorist list. The PKK is also listed as a terrorist group by the U.S., Turkey and the EU. Underlining that the YPG presence in northern Syria is a grave security concern for Ankara, Uluç Özülker, a retired ambassador told Daily Sabah that previously the population of these areas was dominated by Arabs but this was gradually changed. He added that the issue east of Euphrates, where terrorists have domination over the land, awaits an urgent resolution. U.S. President Donald Trump's decision to withdraw from Syria was announced in December, opening room for a new area of strategy-building for the actors on the ground to take their future steps.

"Currently the environment is highly complicated and many developments can shape the upcoming period," Özülker said regarding the withdrawal process. In order to avoid any power vacuum that could arise after the withdrawal of the U.S., Ankara has been continuing dialogue with Washington. The next meeting of the Turkey-U.S. joint working group is expected to be held in Ankara today. In the meeting, Turkish officials are expected to reiterate their concerns and expectations from the U.S. "There were different statements, opinions expressed following the withdrawal decision. This has indicated that the U.S. has no clear strategy over the issue," Foreign Minister Mevlüt Çavuşoğlu said yesterday in Ankara and added that Turkey is willing to help to coordinate the process. He underscored that in the meeting, the process of the U.S. withdrawal will be the main focus and the sides will discuss how they can cooperate. Çavuşoğlu also said that it is important to reach a mutual understanding in issues such as the safe zone.

As Ankara and Washington have been discussing the details of the planned safe zone it seems that they do not have same perspective on the issue. Turkey has been highlighting that the area should be under its control and the safe zone should be free from terrorists so that the refugees can return to their homes. However, the U.S. signaled that it aims for such a zone to be under an international coalition, including European countries as well as the others. Yet, the countries which do not have ground troops in Syria indicated that they have no intention of doing so as the war reaches an end. Aside from the U.S., Russia also pointed out that it has a different plan in its mind regarding the safe zone. Russian foreign minister Sergei Lavrov said on Sunday that Russian military police could be deployed in a proposed "safe zone" along Syria's northern border with Turkey. Prior to the U.S.' decision to withdraw from Syria, Turkey was preparing to launch an operation to clear the YPG threat along its borders. When Trump announced the withdrawal decision, Ankara decided to put the operation on hold, highlighting that the country would not shy away from taking necessary steps if its legitimate security concerns are not addressed. In relation to the other actor's position toward Turkey's possible operation, Özülker stated that Russia and the U.S. are on the same ground and both are not in favor of Turkey's operation in the region. While the U.S. and Turkish ties have been strained over the former's steadfast support to the YPG, the two countries have been presenting the same stance against the Assad regime, which has caused the death of many thousands of people. It was argued that with the U.S. withdrawal, Russia and Iran, which are Ankara's partners in the Astana process aiming to bring resolution to the conflict in Syria, would attempt to increase pressure on Turkey with regards to the issue. In the latest move, Assad met with the Supreme Leader Ayatollah Ali Khamenei and President Hassan Rouhani on a trip to Tehran which was a first since the Syrian civil war erupted nearly eight years ago.

In relation to the meeting, Hakkı Uygur, the deputy chair of the Center for Iranian Studies in Ankara said, "In the photos taken during the meeting, Iran presented a very sincere stance to the regime attempting to give a message claiming that 'they were the winning sides of the eight years of war.'"