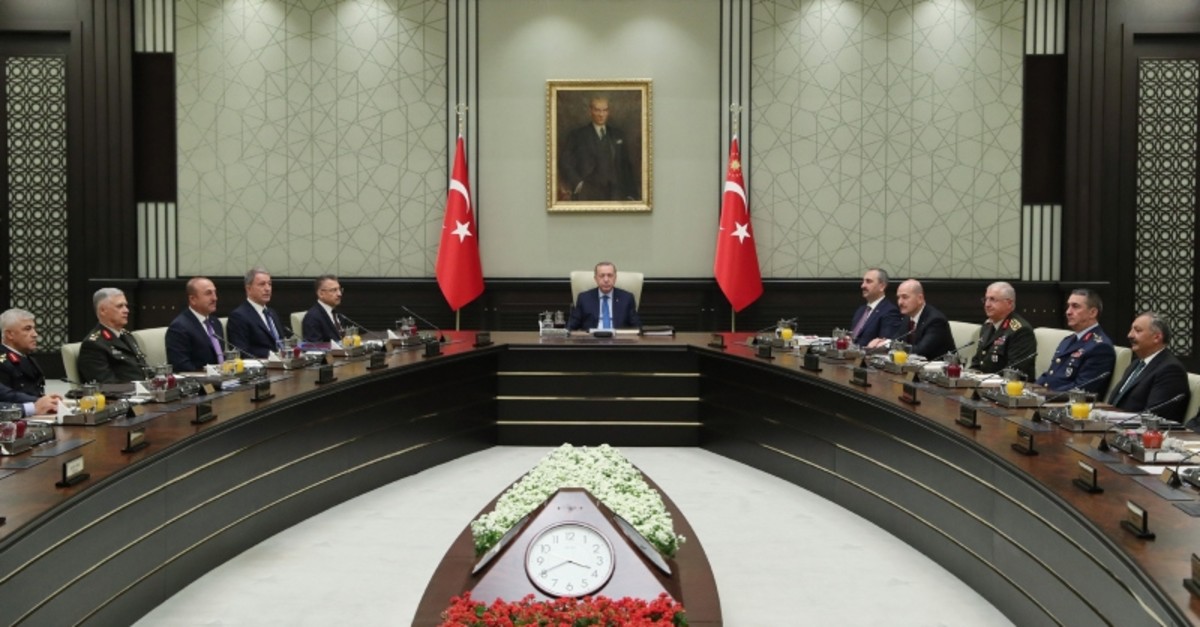 Turkey's top security body, the National Security Council (MGK) strongly condemned the terrorist attack in Christchurch, New Zealand, warning that turning a blind eye to anti-Muslim sentiment and hate against Islam will only pave the way for similar attacks.

In a statement released Wednesday evening after a 4.5-hour meeting, the body condemned the killing of "innocent people for their beliefs" and asserted that the world must resolutely clamp down on individuals or organizations that are a part of the anti-Muslim racist mentality, which evidently also embodies Turkophobia. The MGK was referring to anti-Turkish messages and threats in the New Zealand terrorist's 74-page manifesto.

At least 50 Muslims were killed and many more were injured when Australian-born Brenton Tarrant, 28, entered the Al Noor and Linwood mosques in Christchurch and cold-bloodedly targeted those inside with gunfire, including four children under the age 18.

The council said measures to ensure peaceful local elections on March 31 and the latest situation were also discussed during the meeting.

The MGK underscored that migration cannot be halted without first clearing terrorists from Manbij and the east of Euphrates, and ensuring stability in Syria, reiterating Turkey's unwavering determination in the fight against all terror groups.

"Turkey will never allow the formation of a terrorist corridor along its southern borders," the statement read.

Turkey has promised to launch an operation against the PKK's Syrian wing the People's Protection Units (YPG) in Syria in the east of the Euphrates.

In its more than 30-year terror campaign against Turkey, the PKK — listed as a terrorist organization by Turkey, the U.S. and the EU — has been responsible for the deaths of nearly 40,000 people, including women and children. The PYD/YPG is its Syrian branch.