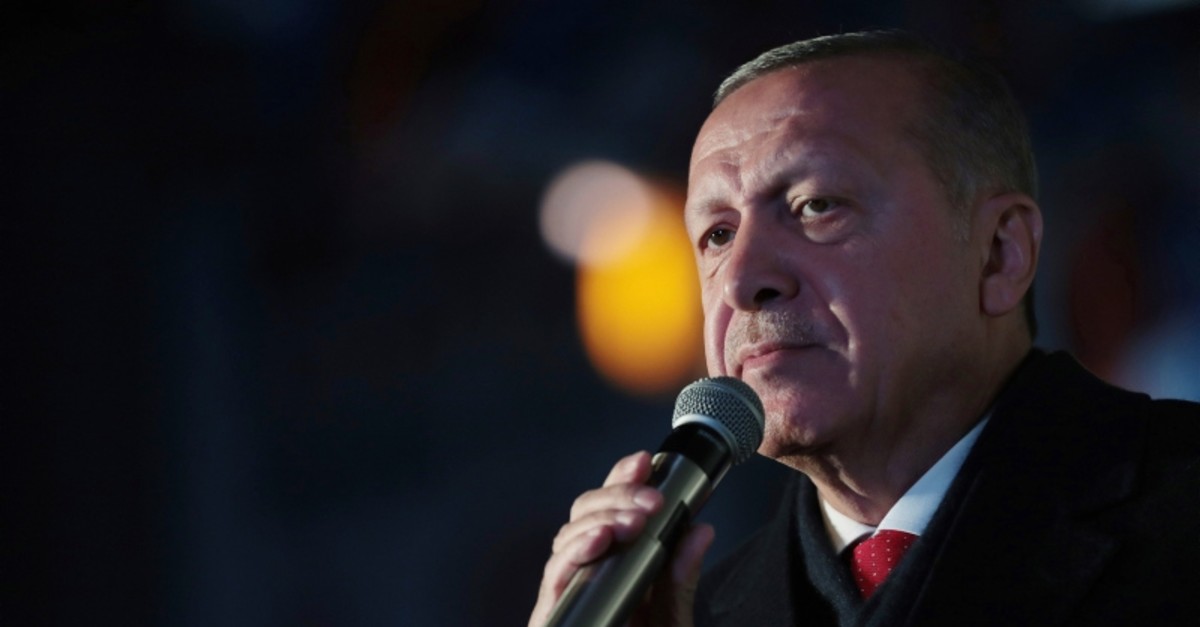 "Whose lands are you giving to Israel, Trump? Those lands are Syrian soil according to the U.N.," President Recep Tayyip Erdoğan said late Tuesday during a rally in Istanbul, crticizing the U.S. president's controversial decision to recognize the Golan Heights as Israeli territory.

U.S. President Donald Trump signed a decree on Monday at the start of a meeting with Israeli Prime Minister Benjamin Netanyahu saying the United States recognizes Israeli sovereignty over the Golan Heights, territory that Israel seized from Syria in the 1967 Middle East war.

Erdoğan also previously criticized the move, saying the decision has brought the region to the brink of a new crisis.

The decree formalized Trump's statement on March 21 saying it was time for the United States "to fully recognize" Israeli sovereignty over the Golan. The move appeared to give Netanyahu a boost ahead of the closely contested April 9 Israeli elections.

The U.S. is the first country to recognize Israel's sovereignty over the Golan, which the rest of the international community regards as Israeli-occupied.

Netanyahu called the recognition "historic" and said the Golan Heights, which are still claimed by Syria, would remain permanently under Israeli control. "We shall never give it up," he said.