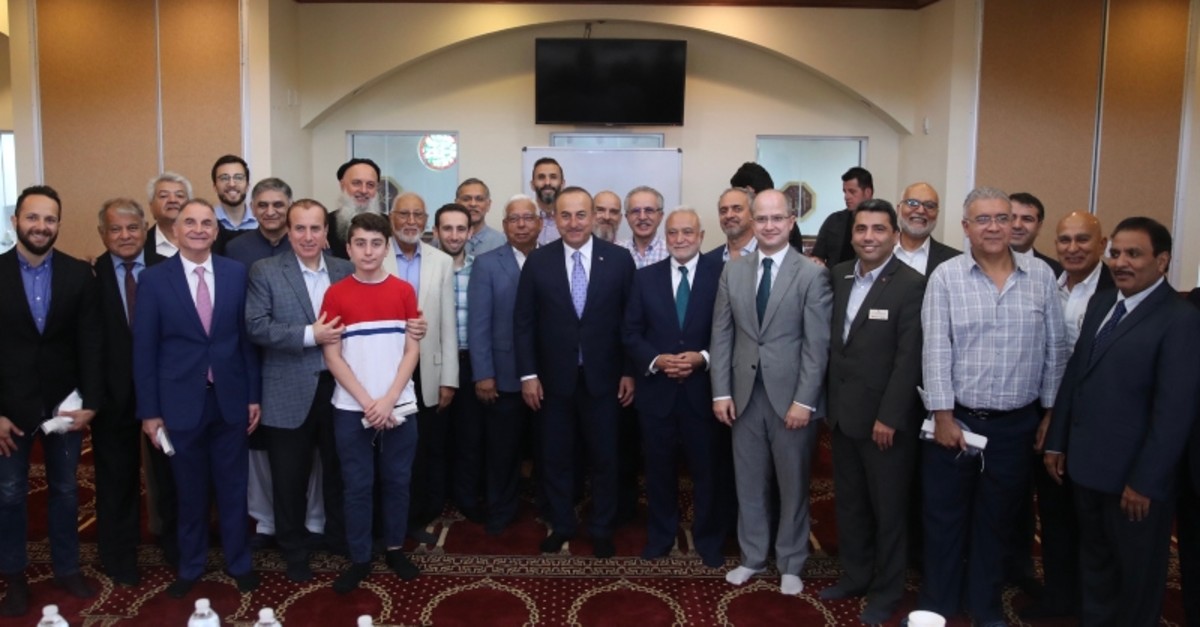 Turkish Foreign Minister Mevlüt Çavuşoğlu on Friday met with prominent leaders of the Muslim community of Miami, and said that the actions taken by Muslim Americans are inspiring to the world.

Çavuşoğlu visited the Islamic Center of Greater Miami, also called the Masjid Miami Gardens, after his visits to New York and Washington earlier in the week.

He spoke with the leaders of the Muslim community, and delivered a speech to the community. He also prayed with them during the Friday prayer services, and met with congregants of the mosque.

"At our meeting with #AmericanMuslim community in #Miami, talked about challenges that all Muslims face. Actions of Muslim Americans are an inspiration for the world. Underlined that their role in the fight against Islamophobia is unique and significant," Çavuşoğlu said on Twitter.

Çavuşoğlu is also expected to meet with Turkish and American businessmen as well as the city's mayor during his trip.

Çavuşoğlu participated in the Meeting of NATO Foreign Ministers, which brought together all the top diplomats of the treaty organization to Washington during the 70th anniversary of NATO.