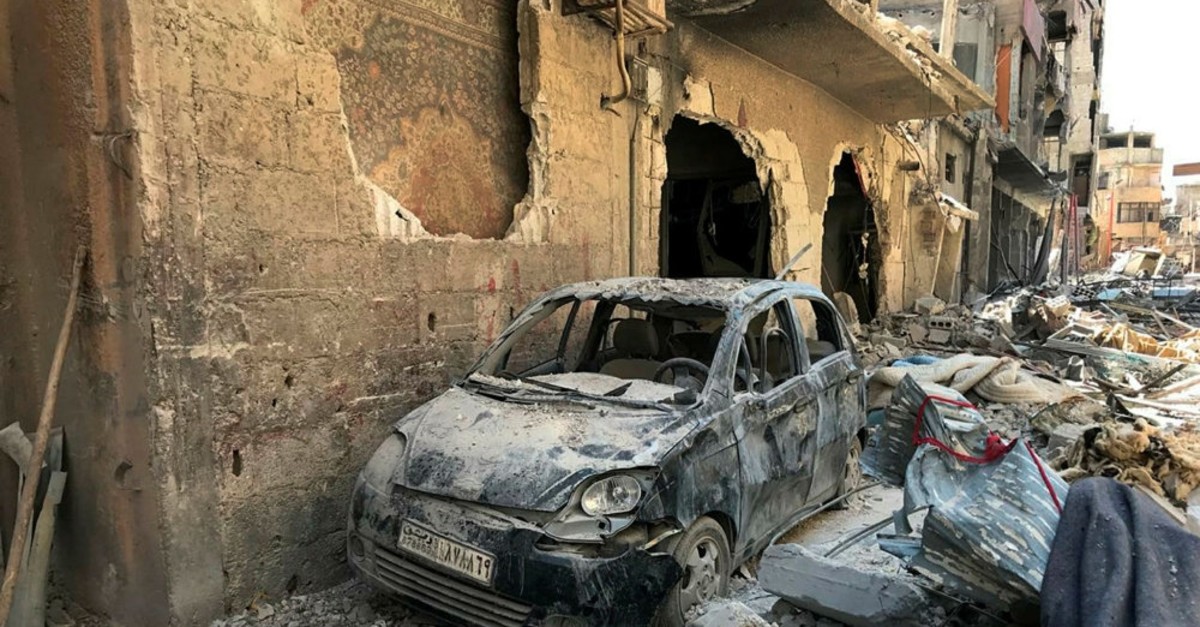 Despite the fact that the Bashar Assad regime is blamed for killing hundreds of thousands civilians in chemical attacks, no legal process has been conducted for these crimes so far

Hundreds of thousands of innocent people were killed in the eight years of brutal civil war that riddled Syria with clashes and attacks. Yet, these attacks were not only carried out through conventional weaponry, the Bashar Assad regime has repeatedly used chemical weapons even though no legal process is being conducted for these crimes. According to data supplied by the Anadolu Agency (AA), the Assad regime has used chemical weapons 216 times during the last eight years within the country. The regime conducted its first major chemical attack on Aug. 21, 2013 in the Eastern Ghouta region of Damascus. The attack, which killed over 1,400 civilians had raised international concerns at the time.

During the process, the Organization for the Prohibition of Chemical Weapons (OPCW) requested the annihilation of all stock for chemical weapons and on Aug. 19, 2014 announced that this process was completed. Yet, it was understood that with the attack in Khan Shaykhun on April 4, 2017, the regime still had chemical weapons. Over 100 civilians lost their lives in the attack and more than 500 people were affected from the gas.

On April 7, the U.S. conducted a limited operation on the Shayrat Air Base from where the planes carrying the chemical weapons took off from. Examining the urine and blood specimen of the people affected by the attack, the OPCW announced on April 19, 2017 that they found sarin gas was used in the event.

The U.N. and OPCW Joint Investigation Mechanism (JIM) held Bashar Assad accountable for the massacre in Khan Shaykhun and presented its report regarding the incident to the U.N. Security Council. However, in the meeting on Nov. 16, 2017, the resolution that would extend the mission of the JIM was vetoed by Russia. Eventually, the JIM had to end its efforts on Nov. 17, 2017. Since the JIM's decision is not enough to put those responsible on trial, there have not been legal steps taken against the regime.

Meanwhile, the regime has been continuing its attacks in areas that were previously declared as non-conflict zones. In the latest attack on Thursday, 13 civilians were killed in artillery strikes by the Assad regime and Iran-backed militias in Syria's northwestern Idlib province.

Accordingly, the regime and Iran-backed militias targeted rural parts of the districts of Kafranbel, Maraat al-Numaan, Saraqib, Hama's Kafz Zita and the village of Khan al-Sabil, according to local sources. It was reported that at least 40 civilians were injured in the attacks.

Previously, President Recep Tayyip Erdoğan and his Russian counterpart, Vladimir Putin, agreed last September to turn Idlib into a de-escalation zone in which acts of aggression would be strictly prohibited. Prior to the agreement between Ankara and Moscow, the Assad regime was signaling a grand offensive on Idlib, and it was feared this would cause a humanitarian catastrophe in the province, which is home to about 3.5 million Syrians, many of whom are internally displaced. Therefore, the Sochi deal was internationally welcomed since it was considered to have prevented a humanitarian crisis. Despite the Idlib deal, the regime has been continuing to target the region. In continued air and ground attacks this year, it is estimated that at least 176 civilians were killed.