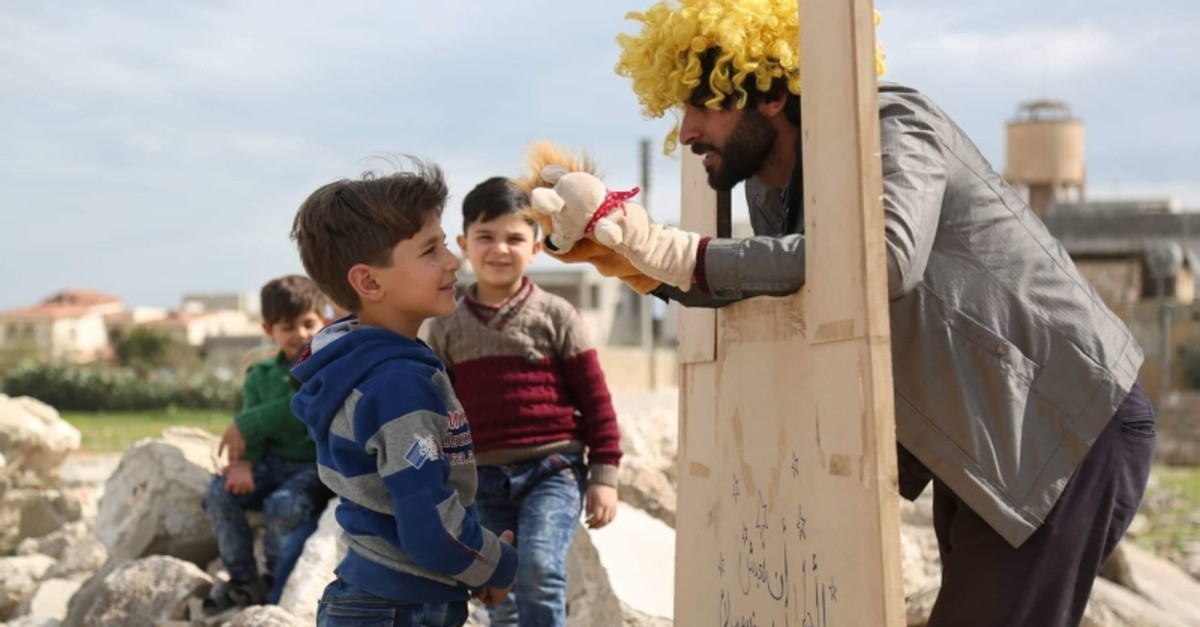 A group of Syrian nongovernmental organizations (NGOs) launched Monday a campaign to raise awareness on the chemical weapon massacres the Bashar Assad regime has carried out in northern Syria's Al-Bab.

The NGOs, led by the Syrian Media Association, launched a social media campaign on the anniversary of the killings by Sarin gas. A Sarin attack in Khan Shaykhun took the lives of 100 people in 2017, and a year later in Douma, 78 were killed using the same weapon.

The group promoted the Breathe campaign with other NGOs, activists and witnesses of chemical weapon killings.

Speaking to Anadolu Agency (AA), Free Syrian Army Commander Hamza Barikdar said: "Some countries are making efforts to cover up these chemical massacres from the media and the political sphere in order not to hold Assad accountable."

"Despite dozens of reports condemning the Assad regime, from the U.N. to the Organization for the Prohibition of Chemical Weapons [OPCW], no judicial process has been started against Assad," he added.

The OPCW determined after a nearly year-long probe that there are reasonable grounds to believe chlorine was used on the formerly rebel-held area but did not attribute culpability for the attack.

The U.S., U.K., and France carried out missile strikes in retaliation of the attack, striking Syrian regime targets, including a research center in Damascus and what it says was a chemical weapons storage facility near Homs.

"The Assad regime must not repeat the use of chemical weapons in Syria. There should be no doubt as to our determination to act strongly and swiftly should the Assad regime use these weapons again in the future," they said in a joint statement.

According to data supplied by AA, the Assad regime has used chemical weapons 216 times during the last eight years within the country. The regime conducted its first major chemical attack on Aug. 21, 2013, in the Eastern Ghouta region of Damascus.