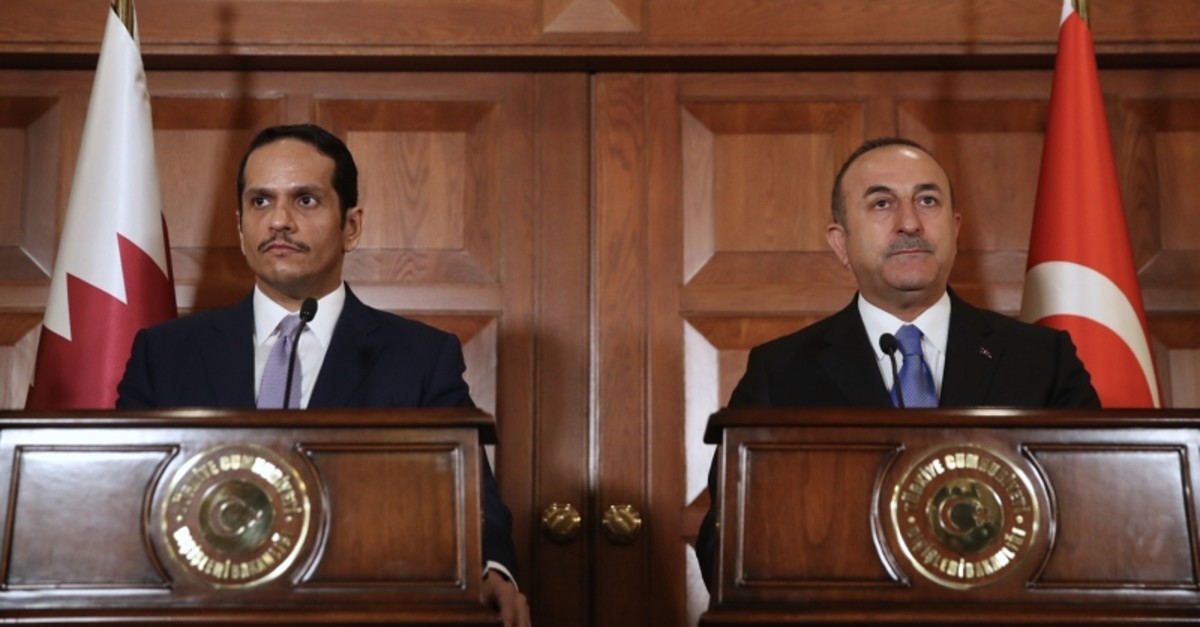 The Turkish foreign minister on Tuesday urged caution against military agression in Libya, and called for dialogue to tackle the recent escalation in the country.

"Unity and solidarity of Libya should be ensured through a conference organized by the U.N., not with military intervention," Mevlüt Çavuşoğlu told reporters at a joint news conference along with his Qatari counterpart Mohammed bin Abdulrahman bin Jassim Al Thani in Ankara.

Last Thursday, Khalifa Haftar, a military commander based in eastern Libya, launched military operations with an ambitious campaign to capture the capital Tripoli, where the U.N.-backed Government of National Accord is headquartered.

The U.N. has been unable to halt the advance on Tripoli by Haftar. The push began last week and has killed 51 people, including both combatants and civilians. After initial success, however, the campaign appeared to have lost momentum on Monday.

Fighting for the capital has threatened to plunge the North African nation deeper into chaos and ignite civil war on the scale of the 2011 NATO-supported bloody uprising, which devolved into a ruinous conflict that killed longtime leader Moammar Gadhafi.

Since then, the country's stark political divisions have yielded two rival seats of power: one in the eastern city of Benghazi, with which Haftar is associated, and another in Tripoli, which has U.N. support.

On a separate note, Çavuşoğlu condemned the U.S. move to designate Iran's elite Revolutionary Guards a "terrorist group", saying the decision would create "instability" in the region.

Washington's move against the Revolutionary Guards was the first time that the United States has branded part of a foreign government a terrorist group.

"These kinds of decisions will pave the way for instability in our region," he said, calling the move "incomprehensible."

He also criticized previous "one-sided" American sanctions against Iran and "pressure" on other countries by Washington to adhere to them.

The Revolutionary Guards are the ideological arm of the country's military and deeply embedded in Iranian political and economic life.

Turkey and Iran have been working to develop pragmatic relations with each other, particularly over the Syria conflict despite being on opposing sides.

Tehran supports the regime of Bashar Assad while Ankara has repeatedly called for his ousting.

Çavuşoğlu added Turkey itself had opposed the Revolutionary Guards' actions in Syria.