No interim formula for S-400s, Turkey has plan B for F-35s, officials say 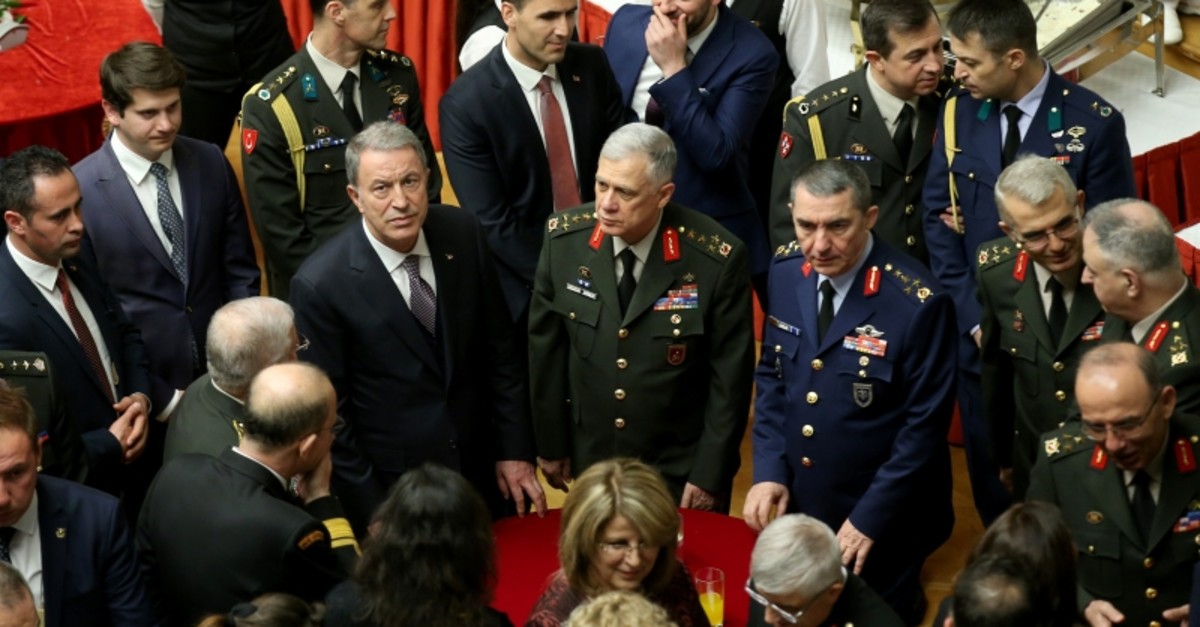 Turkey's purchase of S-400 missile defense systems from Russia is a "done deal" and there is no "interim formula" including third parties, Foreign Minister Mevlüt Çavuşoğlu said Tuesday.

Answering reporters' questions after a special parliament session held for the 99th anniversary of foundation of the Turkish Grand National Assembly, Çavuşoğlu said that the S-400 systems Turkey bought would constitute no threat to NATO systems or "see them as the enemy," in efforts to reassure Washington and NATO over security concerns.

The minister also hit back at the U.S. for ending exemptions on oil imports, saying it was wrong for the U.S. to try to steer Turkey toward Saudi Arabia or the United Arab Emirates.

He previously said the U.S. decision to end waivers on Iran oil imports would only harm regional peace.

Akar said Turkey was unfazed by threats and had a plan B in case the U.S. blocks F-35 deliveries and terminates the deal.

"We have short-term, medium-term and long-term plans", Akar said, adding that there was no deadlock in the process so far.

The minister said four Turkish pilots were currently carrying out flights and receiving training on the F-35 fighter jets, and two more were preparing to join the training program. He added that 35 to 40 personnel were also in training.

On the topic of Syria, Akar said the U.S.' policy in the region had started to become closer to that of Turkey's after seeing how reasonable Ankara's approach was.

Despite their longstanding strategic alliance as members of NATO, Turkey and the U.S. have been at odds since 2017 over Turkey's decision to buy the S-400, and the U.S. has been threatening to break its contract to sell Turkey F-35 jets over the dispute.

To defend itself, Turkey first sought to purchase U.S.-made Patriot missiles, but even as the U.S. was sending weapons and ammunition to Turkey's avowed enemies, the terror group YPG/PYD in northern Syria, Washington chose to ignore its ally's needs and national interests and rebuffed Turkey's overtures. Turkey has said it was the U.S. refusal to sell Patriots that forced it to seek other sellers, adding that Russia offered a better deal that included technology transfers.