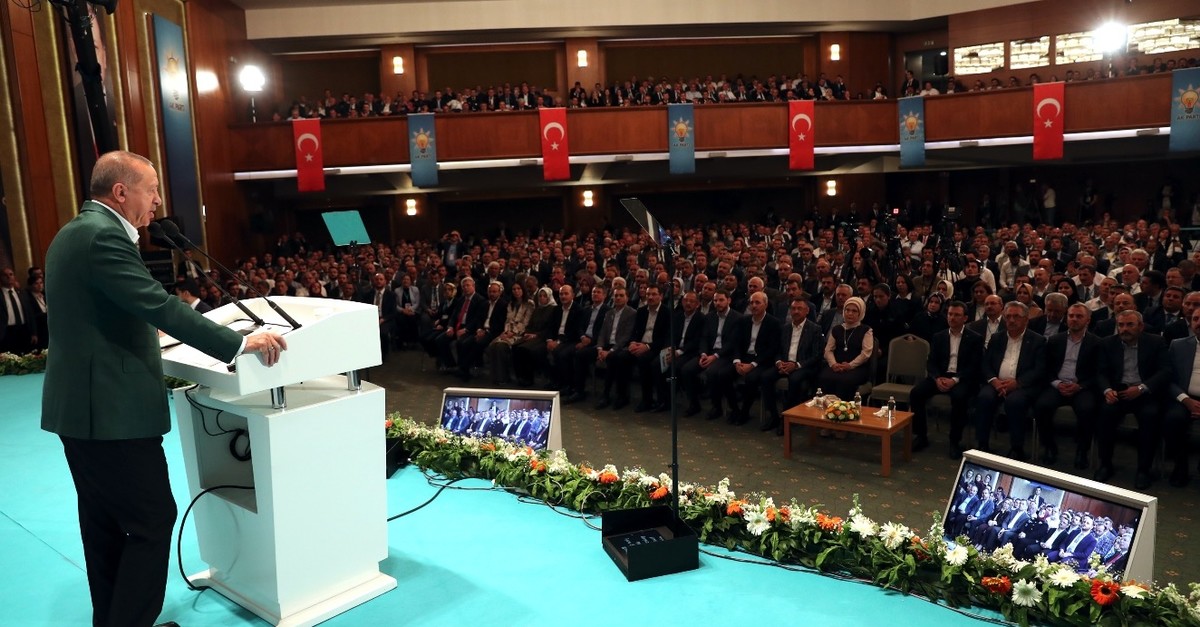 Addressing reporters, AK Party spokesman Ömer Çelik said the government has an uninterrupted 4.5-year period to realize numerous goals as there will be no elections during this time

The ruling Justice and Development Party (AK Party) is planning to focus on work to be undertaken in order to boost Turkey's development and security in the post-local election period.

Speaking after a party camp concluded over the weekend to assess the election results in Ankara, AK Party spokesman Ömer Çelik told reporters on Tuesday that the government has an uninterrupted 4.5-year period to realize numerous goals as there are no elections in this time.

Commenting on the activities at the camp, Çelik underlined that the gathering of all party members has been productive and they had the opportunity to listen to the views of mayors on the districts they govern, adding that the camp was especially important to carve out a road map for the upcoming period.

Pointing out that they will also hold other similar meetings, Çelik stressed that the party's deputies, youth and women's branches will gather after the Ramadan holiday in a meeting with the same format. Over the weekend, the AK Party discussed election results, the objection process and why in some metropolitan cities the party's votes decreased. The three-day camp saw the attendance of members of the Central Decision and Administrative Board (MKYK) and the Central Executive Board (MYK), the women's and youth branches of the party, provincial, district and town mayors, members of the Cabinet and provincial heads of city councils. The party is expected to focus on actions to drive Turkey forward in the uninterrupted period as also stated by President Recep Tayyip Erdoğan. He previously said that they will focus on the true agenda of the country, which is first and foremost the economy and security. Following the March 31 municipal elections, Turkey will not hold any other elections for a period of 4.5 years.

This period is seen as a great opportunity for the implementation of reforms, the leading representatives of the business world reckon, while underlining that these reforms will help the Turkish economy maintain its growth momentum and move away from fragility.

Touching upon remarks of the main opposition Republican People's Party's (CHP) incumbent Chairman Kemal Kılıçdaroğlu referring to judges of the Supreme Election Council (YSK) as "slaves," Çelik said that even though they did not like the decision of the YSK, they should respect it in line with the rule of law.

The March 31 local elections in Istanbul, where Nation Alliance candidate CHP's Ekrem İmamoğlu was awarded the certificate of the election with only a 13,729 vote difference, were followed by lengthy discussions and objections by parties demanding a do-over election due to irregularities and unlawfulness in the elections.

While the AK Party submitted an extraordinary objection to the YSK two weeks ago to cancel and redo the municipal election in Istanbul, the CHP has been opposing any re-evaluation of the votes despite the irregularities.