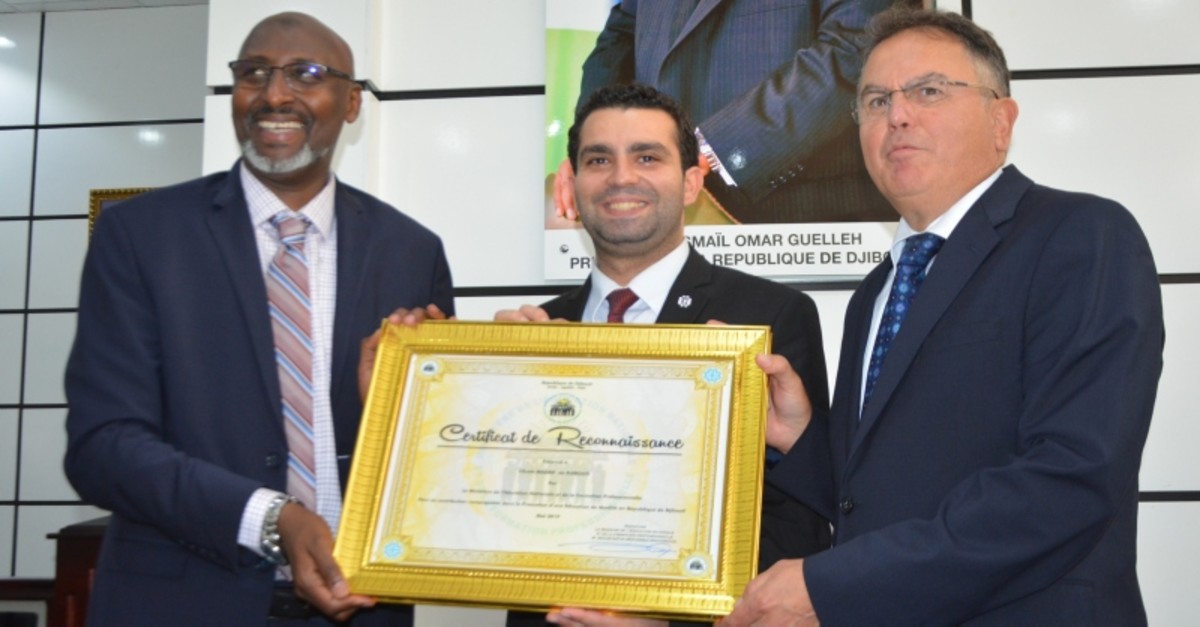 Djibouti's Ministry of National Education awarded the international school of Turkey's Maarif Foundation as best school of this education term.

In the ceremony in the capital Djibouti, the school's director, Enes Güneyli, and Turkey's Ambassador to Djibouti Salim Levent Şahinkaya were honored with a certificate by National Education Minister Mustafa Mohamed Mahmud.

Speaking at the ceremony, Mahmud said that the school started to give a world-class education in a short time not only with its education model and technical infrastructure, but also with its sophisticated administrators.

For his part, Güneyli indicated that they have been giving education in four languages – French, Arabic, Turkish and English – and that the school put great significance on sport and art activities as well. "We include parents in in-school activities since we regard them as an important part of education," he said. Stressing Maarif's education campaign all over the world, Ambassador Şahinkaya said another investment would be completed with the construction of their new school on 30,000-square-meters granted by the Djibouti administration. The Maarif Foundation plans to provide education from preschool to high school in the country in the near future.

Turkey established the Maarif Foundation in 2016, following the July 15 coup attempt, to assume control of schools abroad linked to the Gülenist Terror Group (FETÖ). Since its establishment, the foundation has made official contact with 90 countries, appointing directors to 40. It also opened many new schools in numerous places. The foundation currently runs 162 schools in 12 countries.