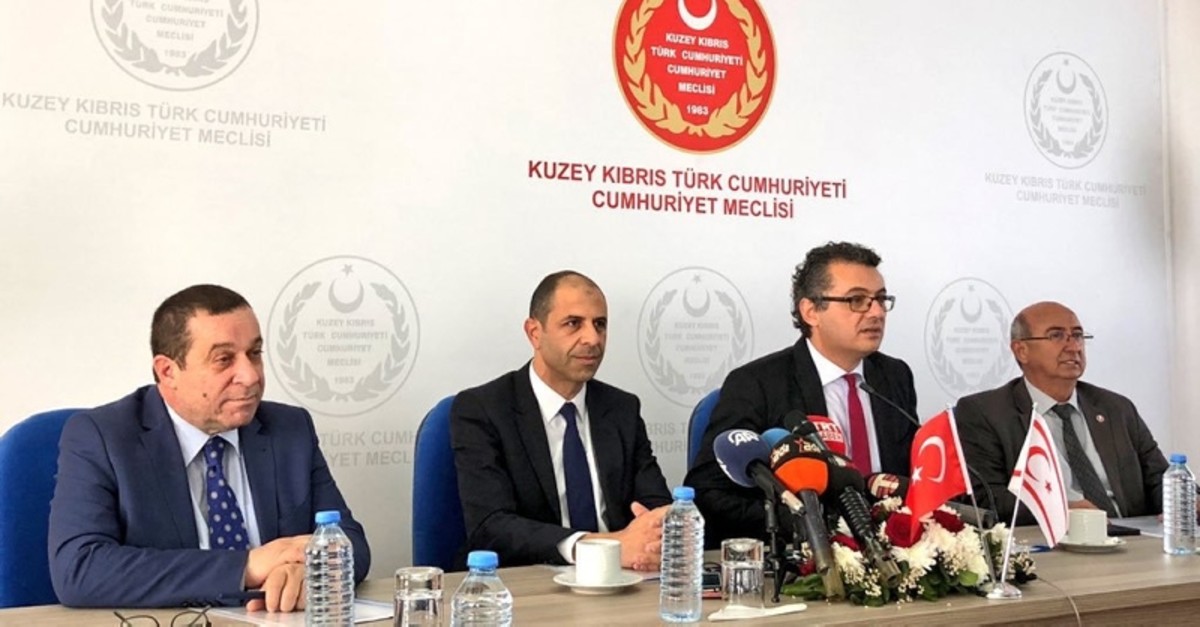 The four-party coalition government in the Turkish Republic of Northern Cyprus (TRNC) collapsed after the People's Party (HP) announced its withdrawal on Wednesday.

Deputy Prime Minister and Foreign Minister Kudret Özersay, who is the leader of the centrist HP as well, announced his party's decision to withdraw from the coalition on Wednesday, according to Turkish Agency Cyprus (TAK).

At a news conference, Özersay said the party members will decide on whether they will continue as an opposition party or make negotiations to form a government. He said the reason behind their withdrawal was the property rentals of the ministry of finance and a "confidence crisis."

Özersay added that he does not exclude the possibility of snap elections.

Akıncı replied that they maintained good dialogue with Erhürman and the TRNC went through serious problems coinciding with his tenure, thanking him for his efforts.

He added that he will meet all political party leaders next week and give the mandate to a leader accordingly.

Earlier Wednesday, Finance Minister Serdar Denktaş announced his resignation. Denktaş, who also leads the center-right Democratic Party (DP), explained in a written statement that he was solely resigning from the ministry post and would continue to support the current government in Parliament.

Denktaş said he had informed Prime Minister Erhürman of his decision to resign via a written statement earlier in the day. He added that he would provide necessary details about his resignation in the future.

The 60-year-old politician is the son of Rauf Denktaş, the founding leader of the TRNC who died in 2012. He had been accused of renting without tender state fields to Rauf Denktaş University, of which his son is a partner, and had come under fire from his coalition partner the People's Party (HP) and opposition parties.

The four-party coalition government was formed in Feb. 2017 following long negotiations after the Jan. 7 snap elections, in which the conservative National Unity Party (UBP) led with a 35.6 percent plurality but was unable to form a coalition government due to allegations surrounding its leader, Prime Minister Hüseyin Özgürgün, who passed the mandate on to runner-up CTP's Erhürman on Jan. 24.

The CTP, the HP, the DP and the left-wing Communal Democracy Party (TDP), which fielded incumbent President Mustafa Akıncı in the 2015 presidential elections, announced that they had agreed to form a coalition government on Feb. 1, 2018.