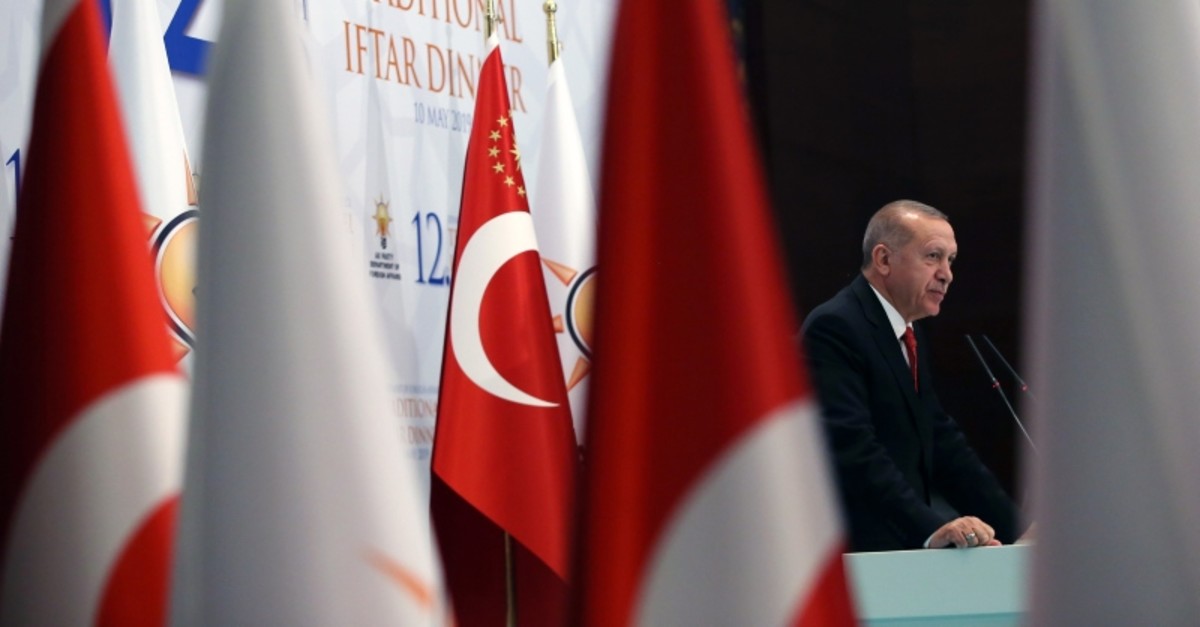 President Recep Tayyip Erdoğan said Friday that Turkey will soon clear Syria of terrorists and called on NATO allies to support Ankara in its fight against terror.

"Tens of thousands of guns, vehicles and equipment are provided free-of-cost to terror groups in northern Syria who we are fighting," the president told a gathering of diplomats at an iftar dinner in the capital Ankara, referring to U.S. support to the PKK's Syrian affiliate, the People's Protection Units (YPG).

"We will soon clear terror-infested regions of Syria and give 4 million Syrians the chance to return home," he said.

Turkish officials have been signaling a military campaign into the YPG territory east of the Euphrates River if the terrorist threat continues. High-level officials in Ankara have also been discussing plans to establish a safe zone in northern Syria free from YPG terrorists to ensure national security. The YPG has been receiving U.S. backing under the pretext of fighting Daesh, despite strong objections from Ankara.

Erdoğan stressed that as a member of NATO and a strategic partner, Turkey cannot allow its allies to wrong it, specifically citing the imposition of sanctions, as the U.S. has done.

The president pointed out the double standards in the fight against terror and the rising extremist movements in the West, stating that the YPG and PKK are tolerated and even "supported" across Europe.

He called on the United Nations and other countries to recognize March 15 as the "International Day of Solidarity against Islamophobia."

In regard to Turkey's ongoing bid for membership in the European Union, Erdoğan said, "EU membership has been a strategic foreign policy target for us from the beginning."

In regard to the Cyprus issue, Erdoğan stressed that stability in Cyprus and the Eastern Mediterranean is only possible by respecting the rights and interests of Turkey and the Turkish Republic of Northern Cyprus (TRNC).

Last week, Turkey dispatched its drilling vessel Fatih toward its exclusive economic zone west of the island of Cyprus to launch drilling second well in the Eastern Mediterranean. The move was met with criticism by the U.S. and EU countries, despite Turkey's assertions that its drilling and seismic survey operations fully abide by international law, having registered its exclusive economic zone with the United Nations.

Erdoğan also touched on the Palestine-Israel issue, urging countries to take a more sensitive and effective approach to Jerusalem, which Israel has declared its capital despite Palestinian claims on the eastern part of the city as the capital of its future state. He called on countries to take effective measures to counter Israel's aggression against Palestinians and their land, adding that Israel did not hesitate to bomb media outlets, including the building of Anadolu Agency, to conceal its atrocities in Gaza.