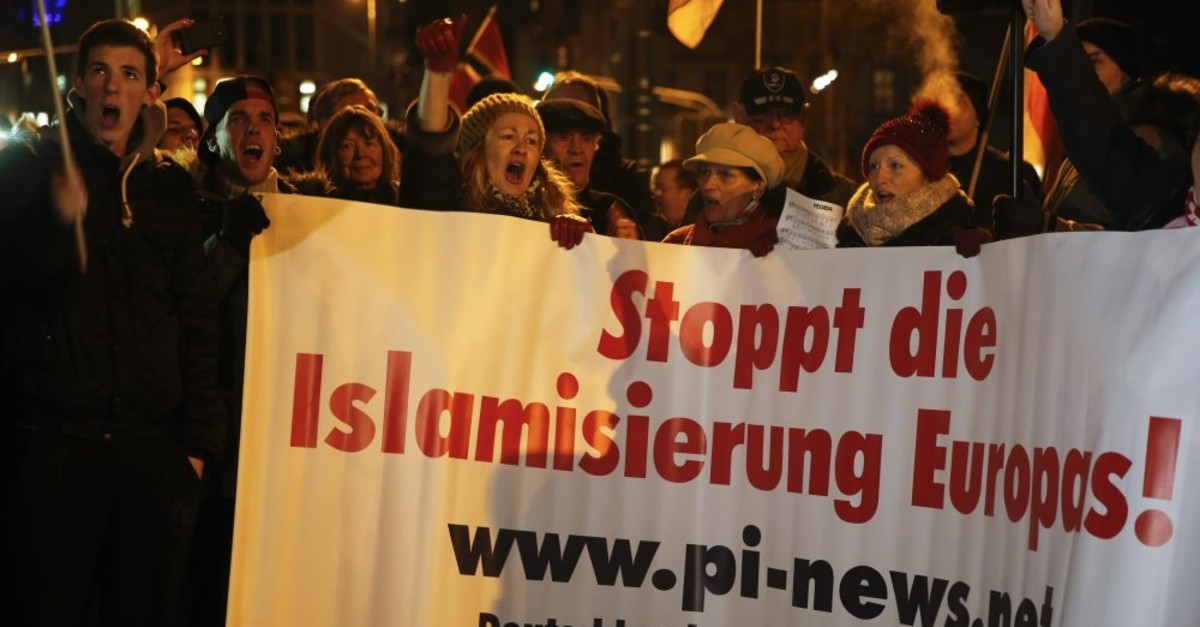 There is only one week left until the European Parliament elections. As politicians ramped up their election campaigns and Europeans turned their attention to the upcoming polls, there was yet another significant development behind the scenes that affected millions of people on the continent. The past week was marked by a series of laws against Muslims in Europe, mostly on banning the Muslim headscarf, causing millions of Muslim women to suffer when practicing their religion in public spaces. Although the number and intense influence of the laws was a shock at first, in reality, seeing such moves from various European states is not very surprising since they are basically the manifestation of anti-Muslim sentiments on the continent that have been on the rise in recent years. "There are ongoing policies against Muslims [in Europe]. Since 2008, we have seen the rise of populism and populist parties. Not only right-wing but left-wing populism is also on the rise. This movement gained new momentum in 2015 when the migration crisis started to emerge," said Belgium parliamentarian Mahinur Özdemir, speaking on the rise of anti-Muslim hatred in Europe. "In this political environment, democrats cannot find a place for themselves," she added.

"The traditional parties, as they become unable to answer the people's needs through traditional ways, instead of getting more democratized, get more populist and grasp racist rhetoric," she emphasized.

Although the measure bans wearing "ideologically or religiously characterized clothing" that covers the head, and specifies that it refers to items "that cover the whole or large parts of the hair," to avoid charges that the law discriminates against Muslims, still, the representatives of both parts of the governing coalition have made it clear that the law is targeted at the Islamic headscarf. The government says the patka head covering worn by Sikh boys or the Jewish kippah would not be affected.

Austria is home to around 700,000 Muslims, including 300,000 of Turkish origin. Many of them are second or third-generation Austrian citizens from Turkish families who migrated to the country in the 1960s. Amid widespread fears stemming from the refugee crisis and international terrorism, Austria's right-wing parties proposed several controversial measures including strict controls on mosques and Muslim associations and immediately closing them in the case of suspicious activity.

However, Austria is not the only European country that has a discriminatory stance toward Muslims. France's upper house of parliament on Thursday adopted a bill that prohibits mothers from wearing a headscarf while accompanying students on school trips. The bill was presented in the country's senate by the conservative Republican Party. The bill was passed with 186 yes and 100 no votes, while 159 senators abstained. The bill has to be approved by the National Assembly, the lower house of parliament, to enter into force.

France has the largest Muslim minority in Europe, estimated at 5 million or more out of a population of 67 million. The place of religion and religious symbols worn in public can be a matter of controversy in the staunchly secular country. For years, rights groups have argued that France's secular laws foster anti-Muslim sentiment and discriminate against Muslim women. It was also the first country in Europe to ban Islamic face veils, such as the burqa and the niqab, in public places in 2010. In 2014, the European Court of Human Rights (ECHR) upheld the ban but said the law could appear excessive and encourage stereotyping. France was also embroiled in a row over bans on the burkini, a full-body Islamic swimsuit, in resorts around the Riviera.

Although these laws were a crisis in the making, according to Özdemir, by approving these votes, European countries are actually violating human rights.

"The 9th article of the EU's constitution protects individual rights and liberties. However, these kinds of laws are directly in conflict with that article," she said, speaking of the European values that constitute the foundation of their societies.

However, Özdemir further indicated that in her opinion, there is no direct demand from people for politicians to be more populist or even racist.

"The demand of the people is to live a better, more stable life. However, when politicians come up with such [racist] policies, people are affected by that and get scared of the things that they are unfamiliar with [such as Muslims]," she said.

Anti-Muslim hatred has been on the rise for years. Far-right extremism and xenophobia have fueled anti-Muslim hatred in Western countries, where terror attacks by Daesh and al-Qaida are used as an excuse to legitimize those views. Although enmity toward Muslims is not a new phenomenon, it intensified after 2001 when airplanes crashed into the twin towers in New York City. Since then, for almost two decades, Islam has been unjustly tarnished with labels that have negative connotations and been portrayed as a religion of hate and violence with anti-Western sentiment and women's oppression. This trend of intolerance has triggered deadly attacks against Muslims and immigrants since then.

Attending the Committee of Ministers of the Council of Europe on Friday, Turkey's Foreign Minister Mevlüt Çavuşoğlu also touched upon the issue, calling the council to stand against anti-Muslim acts.

"[The council] must fight together against rising xenophobia, Islamophobia, anti-Semitism, hate speech and populism," Çavuşoğlu said.

Muslims should unite against anti-Muslim acts

In Özdemir's opinion, it is not too late for anything since there is still the option to counter-act on the part of Muslims.

"In Austria, Muslims, if they get together, may bring the issue to a higher court and go for an appeal since the law directly targets Muslims' headscarf. This means that this is an openly racist act since it excludes other religious symbols or clothing such as Sikh's turban," she said.

"However," she underlined, "Muslims should unite first and act together. Not only legal struggles, but also civil struggle is crucial. The important thing is to not quit no matter what. If we [as Muslims] continue our struggle to protect our rights, then we would get recognized by the state as well."

As the first Belgium parliamentarian with a headscarf, Özdemir said that the biggest issue is to not give up in the face of various tests that being a woman Muslim politician in Europe presents to you.

"When I was first elected 10 years ago, of course I received many reactions. I've received lots of criticism and even death threats since I was the first woman parliamentarian in Brussels to wear a headscarf," Özdemir said, indicating she has to do her job without giving into the challenges she faces.

"Right now, there are lots of women politicians all over Europe who wear headscarves. This shows that we have made some progress. When you, as the first in something, manage to overcome the challenges, the ones that come after you are more at ease," she said.