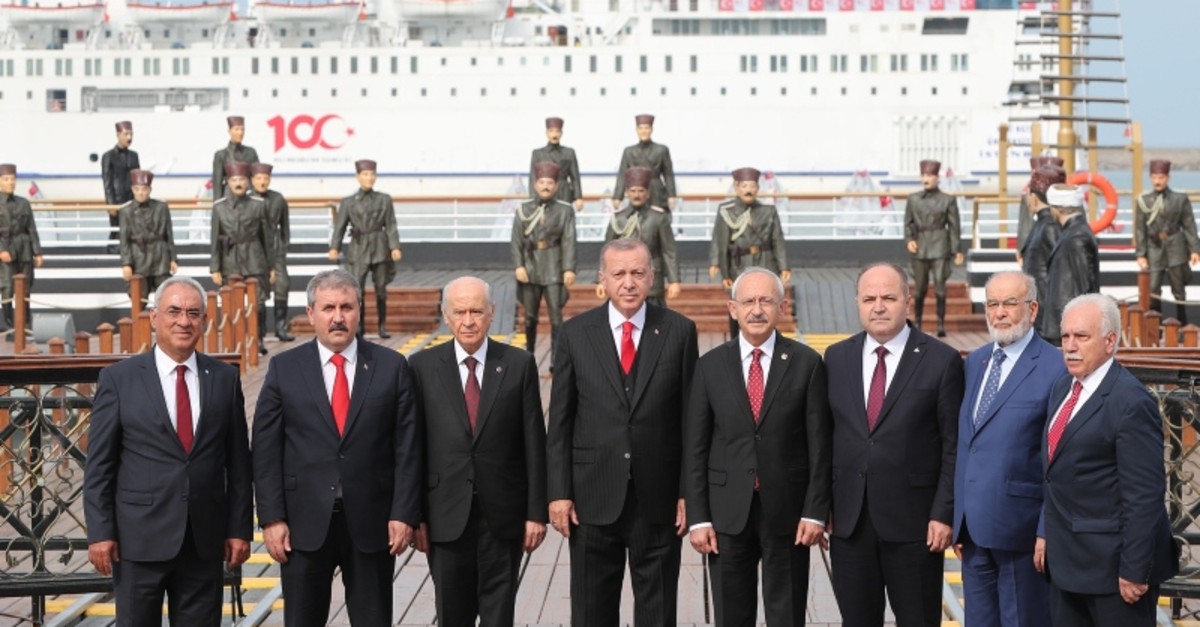 Turkey is still fighting against an ongoing wave of attacks on its economy and security, President Recep Tayyip Erdoğan said on Sunday.

Speaking at a ceremony marking the centenary of Turkey's Independence Day, Erdoğan said Turkey was still fighting against those seeking to weaken Turkey's national security and economy by manipulations or veiled threats.

The president said Turkey is well aware of those seeking to harm the country with foreign currency, interest rates, inflation, sanctions, and warned that Ankara would spoil the conspirators' plans.

"The obstacles we have overcome in the past six years have caused us to redirect our resources to crisis management, and we are aware of the slowdown this has caused," Erdoğan said.

Speaking about Turkey's Independence Day, Erdoğan said a string of events would kick off to mark the 100th anniversary of the milestone in Turkish history that would last until Oct. 23.

"These kinds of anniversaries are means for nations to review their future goals," he said.

The president expressed his gratitude for Atatürk, his brothers in arms, and the martyrs for their efforts during the War of Independence and foundation of the modern Republic.

After the ceremony, Erdoğan posed for a photo with leaders of other political parties in Turkey including, Nationalist Movement Party chairman (MHP) Devlet Bahçeli and main opposition Republican People's Party's (CHP) Kemal Kılıçdaroğlu

May 19 is a milestone in Turkish history as it is the day when Mustafa Kemal, later to become Mustafa Kemal Atatürk, arrived in the Black Sea city of Samsun from Istanbul to organize the war that saw the remnants of the Ottoman Empire transformed into modern Turkey four years later.

Atatürk dedicated May 19 to the youth of Turkish nation as Youth and Sports Day, a national holiday that sees young people stage sporting and cultural activities and official ceremonies organized across the nation.