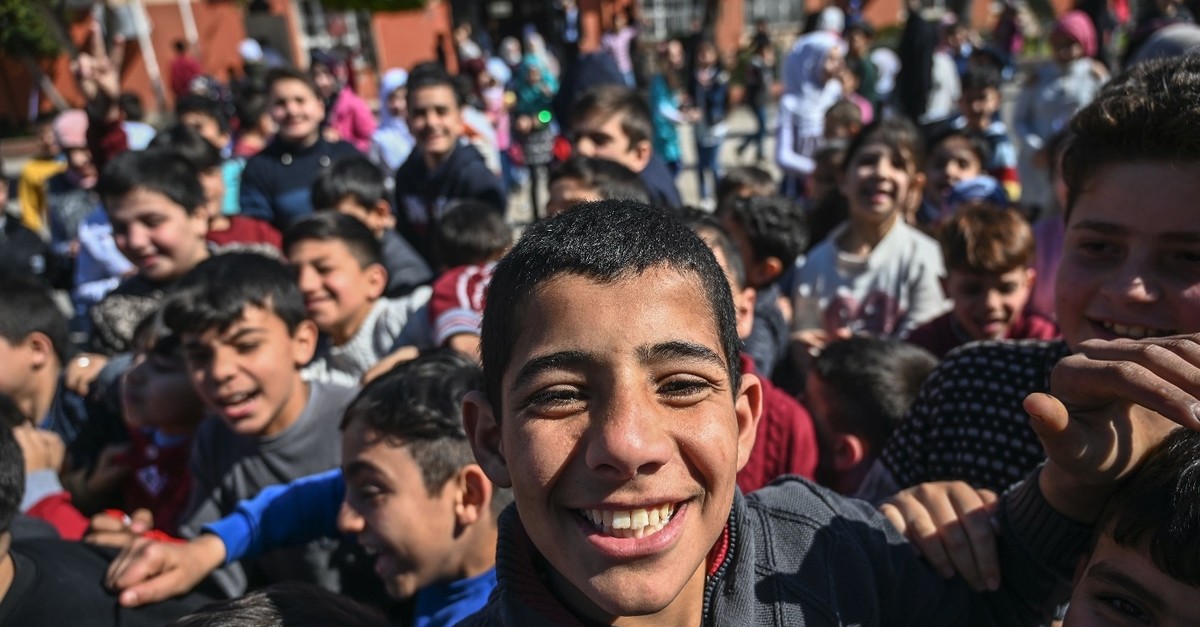 Syrians are being born with disabilities, suffering from traumatic experiences from losing their limbs or have psychological disabilities, all because of the civil war going on in their country. These people, who are the victims of the clashes of groups that most of them don't even know the names of, were able to find a safe haven in Turkey and have given life a second chance. Although there is no reliable data on the number of refugees with disabilities in Turkey, research shows that they are among the refugees who struggle the most. According to the World Disability Report of the World Health Organization (WHO), 15 percent of the world population has disabilities. This figure increases to 18-20 percent in conflict zones, most of them losing their limbs in clashes.

Considering the eight long years the Syrian public has been going through, this number is estimated to be even higher. Turkey, home to the highest number of Syrian refugees, has also unsurprisingly become the center that hosts the most refugees with disabilities. Indeed, a survey by the WASH and Shelter charity groups reported that 12.4 percent of refugee households had a member with a disability, while 31 percent had a member living with chronic illness.

The initial response to the challenges disabled refugees face is given in the refugee camps set up near the Syrian-Turkish border. The camps provide high-standard and needs-oriented services for this vulnerable group of refugees.

According to the "Syrian refugee women, girls, and people with disabilities in Turkey" report by the nongovernmental organization (NGO) K4D, refugees with limited mobility are prioritized for allocation of a container with a self-contained bathroom, rather than them having to use a tent shelter. There are also several facilities in the camps where children with various different disabilities are taught together.

After leaving the camp, refugees with disabilities can also find various specialized services offered both by the government and NGOs. The government provides financial support for wheelchairs, prosthetics and hearing aids. Refugees with disabilities can access individual protection assistance through the Special Needs Fund after they apply to the Turkish Red Crescent Community Centers. The areas where the government is unable to address are covered with the help of NGOs and benevolent people.

For instance, the orthesis-prosthesis center set up in southern Hatay province, Relief International, with the cooperation of European Civil Protection and Humanitarian Aid Operations, has been providing hand and leg prosthetics to disabled Syrians including children and women for six years, producing more than 6,500 prosthetics so far.

The Association for Solidarity with Asylum Seekers and Migrants (ASAM) is another organization that rushes to the help of out-of-school children with disabilities and those who cannot leave their houses due to their disabilities. The organization offers an emergency line and outreach teams to resolve the specific needs of disabled refugees.

In addition to their basic needs, disabled refugees also need help integrating within society and socializing. In a bid to address this challenge, the Adana Youth with Disabilities Sports Club, founded in 2005, has been creating spaces for disabled refugees in the region to overcome these barriers, empowering them to realize their full potential. The president of the club, Celal Karadoğan, previously initiated a project providing athletics and swimming training for 10 Syrian children with disabilities for a year. Most recently, ASAM organized an event with the participation of 80 Turkish and 30 refugee children with disabilities last week on the occasion of the May 10-16 Disabled People Week. Children had the opportunity to spend an enjoyable time with magicians, clowns and animations while socializing with their peers.

Since 2011 when the conflict in Syria triggered the worst humanitarian crisis since World War II, Turkey has received a constant flow of displaced Syrians fleeing the conflict, and their numbers have expanded from mere thousands to millions. Currently, Turkey hosts the largest number of refugees with over 3.5 million Syrian refugees and many more refugees from Iraq, Afghanistan, Iran and Somalia. Ten cities host some 2.8 million refugees, while others are scattered around the country; nearly 1.6 million of the Syrian refugee population are children in Turkey and nearly 300,000 Syrians have been born in Turkey since 2011.

With the aim of meeting the needs of refugees, the country has spent more than $32 billion from its own national resources. As there is no end in sight for the war, pushing refugees to ponder a longer stay than they planned, Turkey has been exerting efforts for the socio-economic integration of refugees within the country.