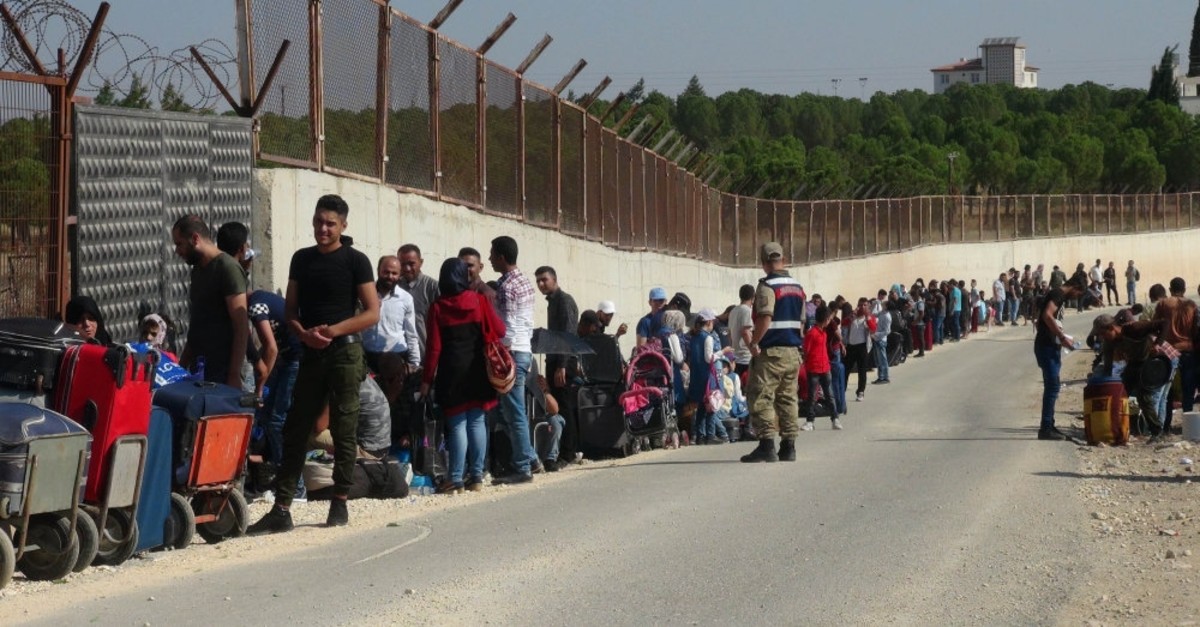 Turkey's work for refugees, from vocational training to educational projects, is an example for other countries to follow, UNHCR Deputy Representative Jean-Marie Garelli said

A U.N. representative has lauded Turkey's extensive work for Syrian refugees to answer their various needs, including education and language training, and integrate them into society. A ceremony in Ankara Monday marked the launching of a project that would help Syrian refugees access Turkish language and vocational training. The project is funded by the EU and will be carried out by the National Education Ministry and U.N. Refugee Agency (UNHCR). Speaking at the ceremony, UNHCR Deputy Representative Jean-Marie Garelli said Turkey has been following an exemplary policy on Syrian refugees, which should be followed by other countries as well. The project, to be carried out in Ankara, Kayseri, Konya and Bursa provinces, aims to teach the Turkish language to 7,000 Syrian refugees and provide jobs for 1,000.

The civil war in neighboring Syria has saddled Turkey with the task of addressing challenges stemming from the ongoing crisis. Pursuing an open-door policy, Turkey has been hosting nearly 4 million refugees. Aside from meeting the basic needs of refugees, Ankara has been focusing on providing education to refugee children, with an aim of giving them a better future and exerting efforts for the socio-economic integration of refugees within the country.

Noting the importance of language training for Syrian refugees, Garelli said the project would increase interaction between immigrants and local people.

Regarding the project, the vice president of the EU Turkey Delegation, Gabriel Munuera Vinals, said language is one of the most important barriers for refugees to tap into employment opportunities.

He also praised Turkey's efforts in education and health along with the humanitarian mission.

Turkey attaches great significance to ensuring the social cohesion of refugee children and providing them an education, as the war in Syria has no end in sight. To prevent children from paying the highest price of war, Ankara is pushing efforts to give education to Syrian children. Initiatives such as the Conditional Cash Transfer for Education (CCTE) Program for Syrians and other refugees, which is carried out cooperatively by ministries and international organizations such as UNICEF and the U.N., are actively used to provide educational opportunities and keep students in school.

In the program, families receive cash support every two months through Kızılay Cards on the condition that the child attends school regularly, which means at least 80 percent attendance.

The number of beneficiary students in the CCTE Program in Turkey is 487,089 with 430,657 of these children at the primary school level benefiting from the program, while 37,757 beneficiaries are at the high school level.

Also, Turkey's state-affiliated organizations provide many opportunities for refugees to make them earn their own livelihood. Such an example is the Red Crescent in Turkey, which provides vocational training in various branches, lifelong learning classes and language education for migrants of all ages in 15 centers.

Ankara also opened numerous schools in northern Syria; in areas liberated from terrorist elements by the Turkish military, in coordination with the Disaster and Emergency Management Authority (AFAD), to provide education for Syrians who stay in refugee camps in the region.