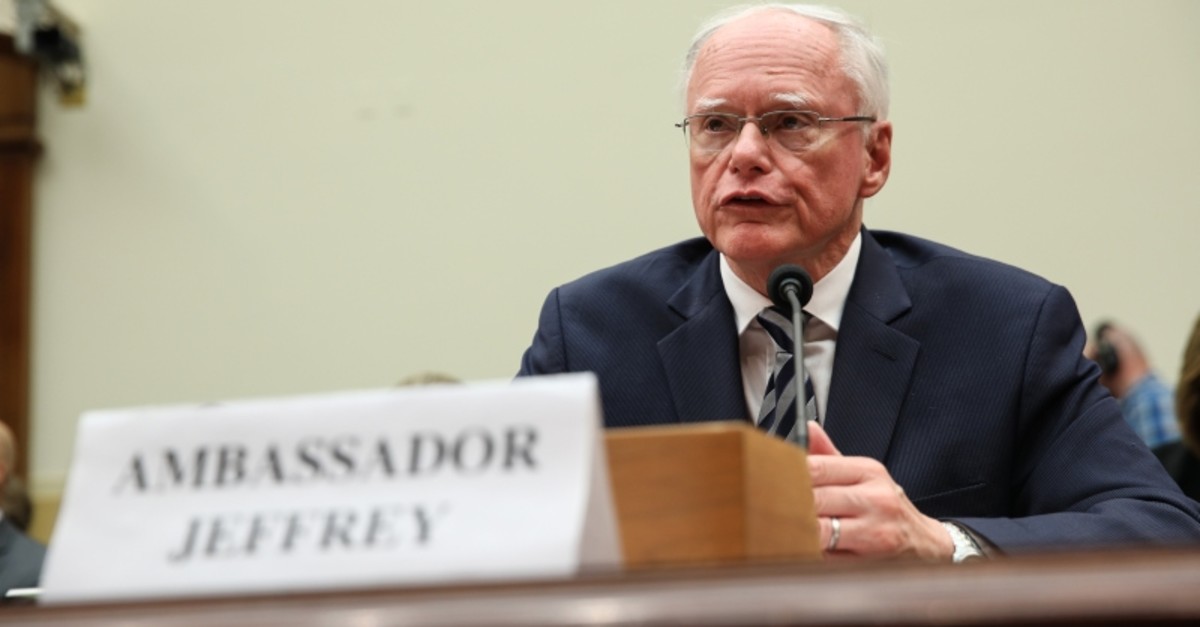 U.S. President Donald Trump is aware of the ties between the PKK terror group and its Syrian affiliate the People's Protection Units (YPG), Trump's Special Envoy for Syria and the Global Coalition to Defeat Daesh, James Jeffery, said Wednesday.

"The president is aware of the traditional and political links between much of the SDF [Syrian Democratic Forces] Kurdish movement and the PKK and the long and very tragic history of the PKK and its efforts to try to overthrow the Turkish government," Jeffrey told the U.S. House Foreign Affairs Committee, referring to the umbrella group spearheaded by the YPG.

The SDF is an umbrella organization that is dominated by the YPG. The PKK is a designated terror organization in Turkey, the U.S. and the EU.

Jeffrey further said that while the U.S. recognizes that Turkey has security concerns in northern Syria, Trump does not want the SDF and Turkey to engage in hostilities.

Jeffrey acknowledged that there has not, to this point, been an agreement between the parties, however, he said the U.S. position is that the proposal "is the only secure way forward for all the people involved."

He added that Turkey's concern in northern Syria is the creation of a second Qandil Mountain, referring to the PKK's operational headquarters in northern Iraq.

That area, Jeffrey said, has been used by the PKK "to project terrorist attacks into Turkey since 1984."

"Turkey has a very legitimate concern about a second Qandil Mountain being created in northern Syria. We understand that concern," he said, referring to the proposed safe zone as the solution to that problem.

Still, he disputed whether Turkey's request for a 30-kilometer safe zone is feasible, "so we're going back and forth with them on how deep the safe zone would be."

The YPG has been receiving U.S. backing under the pretext of fighting Daesh, although Ankara has objected to Washington's stance, saying that using one terror group to fight another makes no sense.

With increasing U.S. weapon and material support, YPG terrorists have tightened their grip on northern and eastern Syrian territories, which ultimately aims to establish an autonomous region in northern Syria by connecting northwestern Afrin to Ayn al-Arab (also referred to as Kobani) and Jazeera in the northeast, posing a threat to Turkey's border security.

Ankara has so far answered this threat with two cross-border military operations to put an end to the group's autonomy plans, which Turkey calls a "terror corridor."