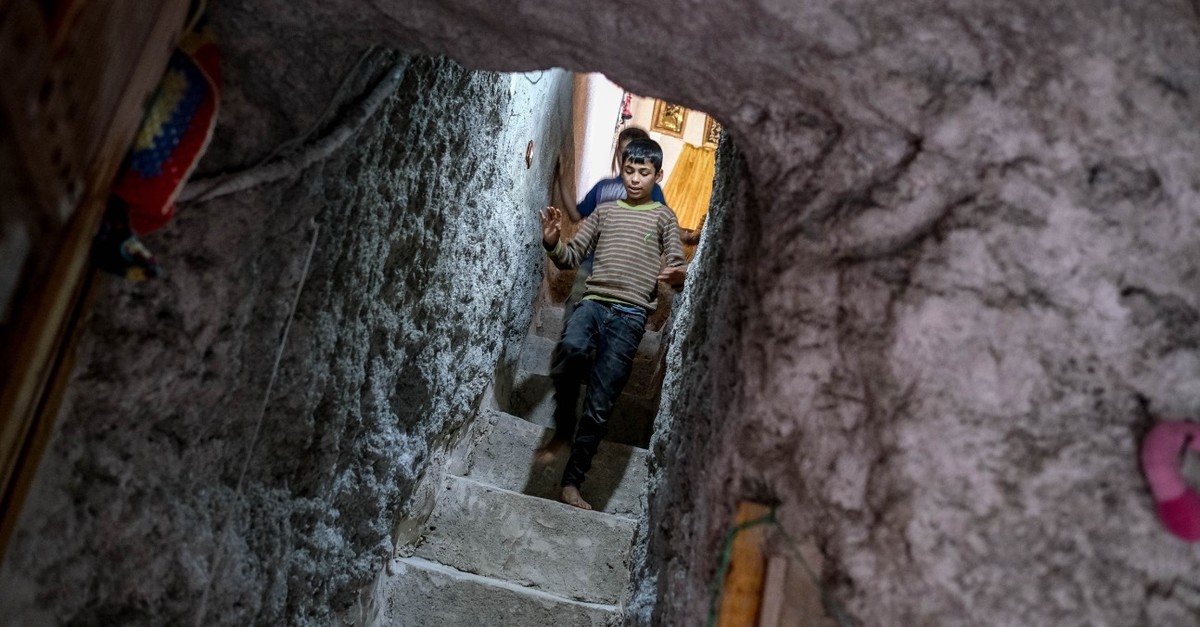 The struggles of civilians in northwestern Syria's Idlib continue. Many have gone underground from fear of the heavy airstrikes by the Bashar Assad regime and Russia that recently devastated basic services and daily life in the province. Closely monitored by Daily Sabah and detailed in an exclusive report, nearly 200 people were killed and about 250,000 were displaced in a month in the southeast and southwest of Idlib, and north and west of Hama province due to ceaseless bombardment, following eight months of calm provided by the Sochi deal. 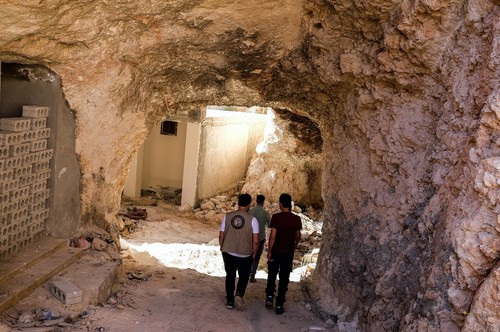 The regime and its backers have intensified their attacks since April 26 under the pretext of fighting the Hayat Tahrir al-Sham (HTS) militants holed up inside Idlib. 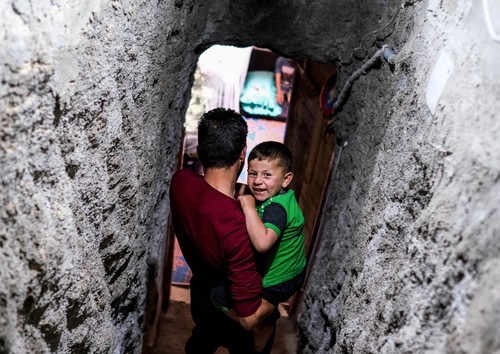 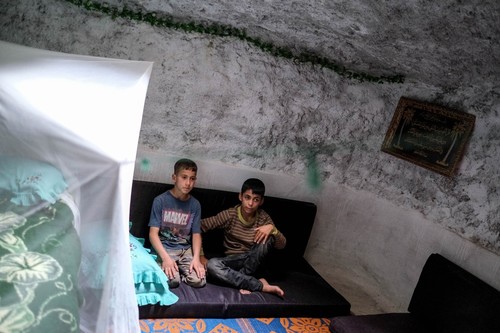 Due to heavy airstrikes, an underground hospital was built in Idlib in a year with double-layer concrete blocks and it has been giving service for two and a half years now. The hospital is treating on average 6,000 patients a month and it has a special ventilation system and emergency exits. 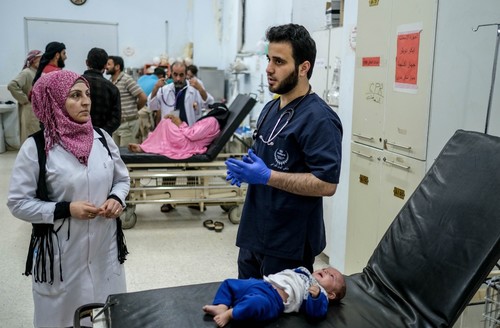 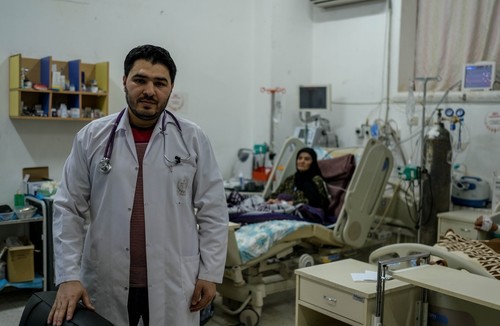 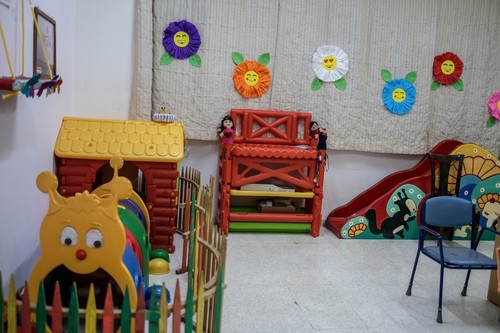 Idlib is the opposition's last enclave. Its pre-war population of 1.5 million has swelled to around 3 million with new refugee waves after it was designated a "de-escalation zone" under the Astana agreement between Turkey, Russia and Iran in May 2017 to pave the way for a permanent political solution in Syria. 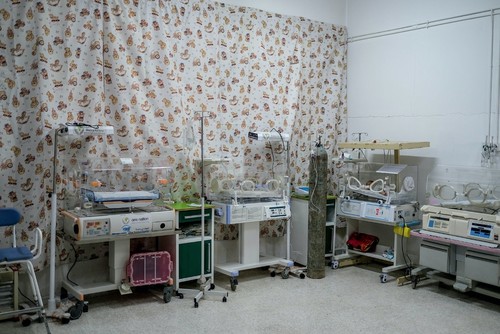 Tens of thousands of Syrians trapped in other parts of the country were evacuated there under various cease-fire agreements. After regime attacks escalated, the inhabitants of the city began to flock to territories liberated by Turkey during Operation Olive Branch and Operation Euphrates Shield, including cities near the Turkish border such as Atme, Kah, Deir Hassan, and Kefer Lusin and 12 observation points set up in the region by the Turkish Armed Forces (TSK) in May 2018. 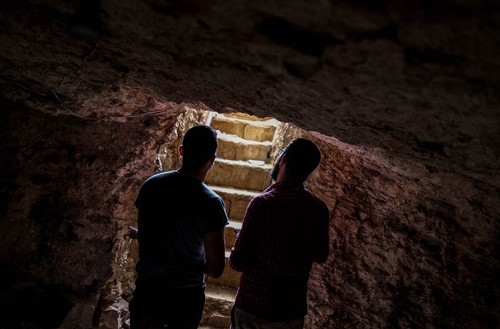 Another underground hospital is located three floors underground in an old public building. Despite its facade made of rubble, an extensive hospital appears when you step underground through a secret passage. There are emergency services, operating rooms and children's clinics, general surgery and gynecology clinics. 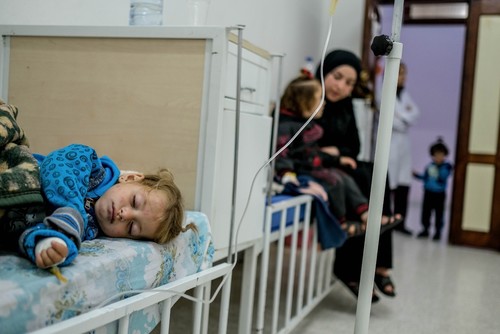 "We are here to support civilians. The deficiency of fresh air and sunlight is our biggest problem. We have a lack of medicine. Turkey gives a lot of support but we need more," Nafi Zahra said. 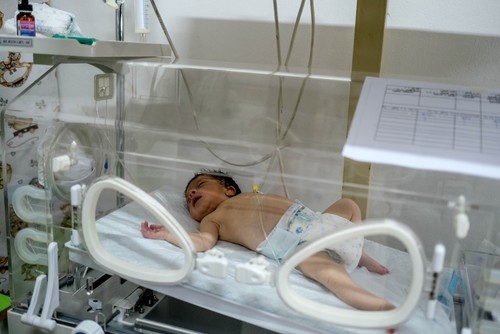 Turkey has been lending a helping hand to civilians affected by the heavy airstrikes and bombardments. Turkish state organizations including the Turkish Diyanet Foundation (TDV), the Red Crescent and the Disaster and Emergency Management Authority (AFAD) cater to urgent humanitarian needs, and are also providing shelter for civilians in locations near the border. TDV's Idlib representative İsmail Yiğit told Daily Sabah that they geared up efforts to provide humanitarian aid to 250,000 civilians, who were displaced in the latest attacks. 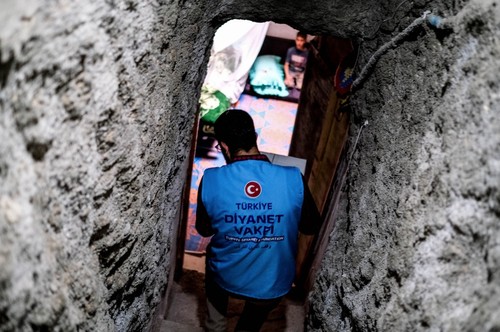 Despite Turkey's efforts to assure peace, the attacks have not ceased. There are constant explosions in the villages of Jisr al-Shughur, Khan Sheikhun, Maarat Al-Numan, al-Latamina and Maar Zaite. People in these towns are trying to protect themselves in 10-meter tunnels dug inside their houses. There is an internet connection and electricity in some of these living spaces. 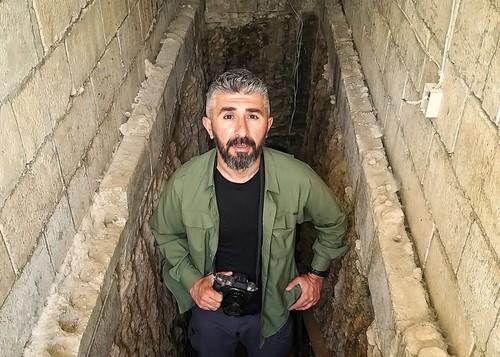 In some villages, locals dug big areas to provide spaces to live together. In Maar Zaite, there is 70-meter tunnel which enables all residents of the town to live inside. "I have been sleeping in a tunnel for two years with my family. It is safer than outside. I will continue to live here in my village," said a villager.