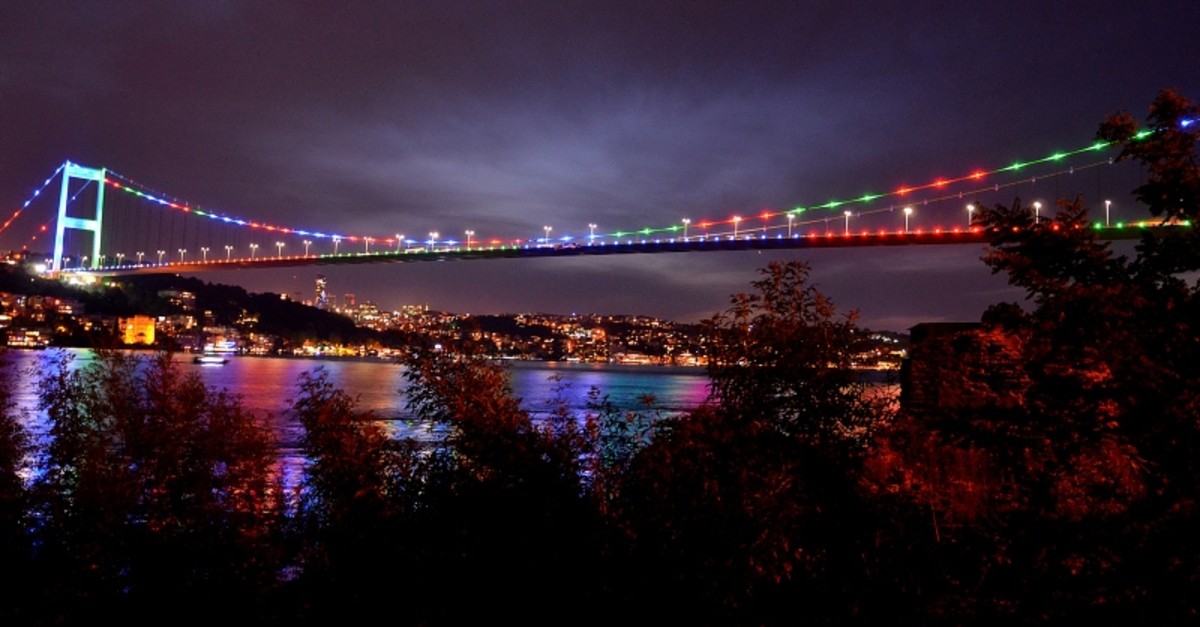 The Fatih Sultan Mehmet Bridge in Istanbul lit by colors of Azerbaijani flag on the 101st anniversary of the foundation of Azerbaijan Democratic Republic, on May 27, 2019. (AA Photo)
by Daily Sabah with AA May 29, 2019 12:16 am

"I would like to congratulate on the 101st anniversary of the founding of the Republic of Azerbaijan. I send my greetings to the friendly and brotherly people of Azerbaijan and to my brother [Azerbaijani President] Ilham Aliyev," Erdoğan said in a tweet.

The Azerbaijan Democratic Republic was founded on May 28, 1918 as the first secular democratic state in the Muslim East. Its founder was Mammad Amin Rasulzadeh, and the first state to officially recognize the republic was the Ottoman Empire. The republic proclaimed its independence from the Russian Empire in 1918 but only managed to operate for 23 months before being invaded by the Soviet Union. The modern Republic of Azerbaijan declared its independence on August 30, 1991, shortly before the USSR disintegrated. Since 1990, May 28 is celebrated as Republic Day and a national holiday.