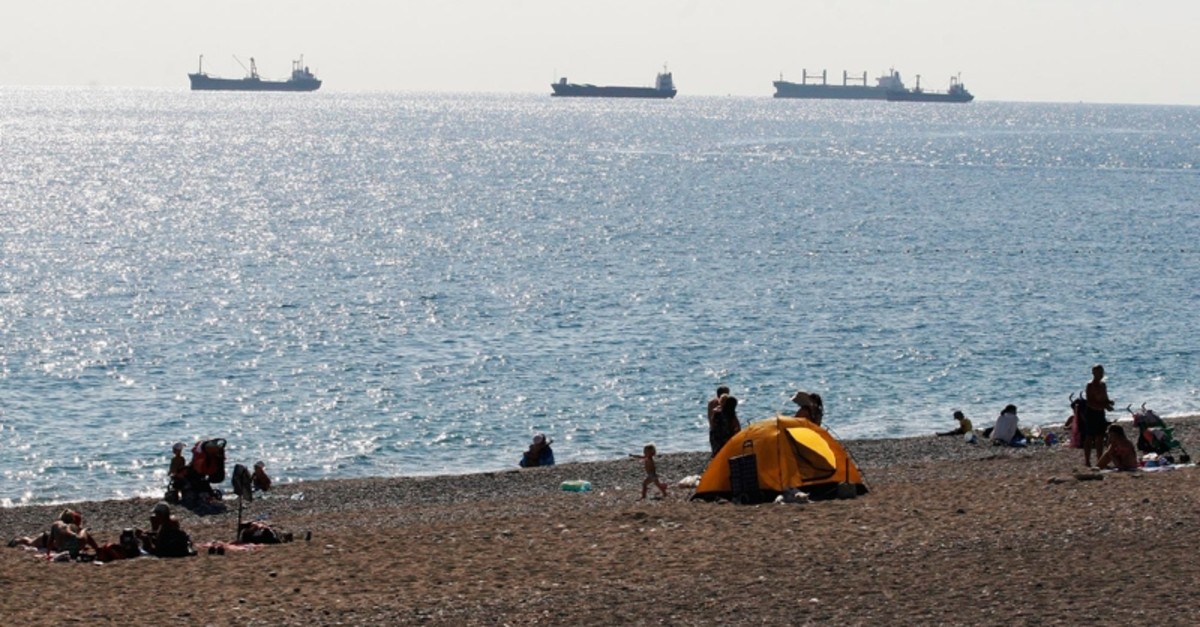 Representatives of Syrian refugees in Turkey have criticized some main opposition Republican People's Party (CHP)-led municipality councils that have voted to ban Syrians from public beaches.

Mohamed Saleh, chairman of the Solidarity Association of Syrian Refugees in Izmir, in western Turkey, said that legislation aiming to limit Syrians from traveling or resting on beaches creates a human rights issue since Syrians have the right to rest or leisure just like every other human being, regardless of their status as refugees in Turkey.

Last week, the municipality council in the Gazipaşa district of Antalya in southern Turkey voted in favor of a measure barring Syrians from public beaches, in yet another xenophobic and racist practice on behalf of the CHP, only to be vetoed by the mayor from the same party after public backlash. CHP Councilman Ulaş Özgen, who brought the motion to the floor, claimed that locals were disturbed by Syrians on the beaches, saying "We are refugees in our own homeland." The motion itself cited locals and other tourists who said Syrian refugees took photos of them at beaches and sparked fights. It also called for the municipality to establish reserved areas for Syrian refugees.

The ban attempt in Gazipaşa came after a series of anti-Syrian practices and remarks by CHP officials. Earlier in the same week, CHP Mayor Hayri Türkyılmaz of Mudanya district in northwestern Bursa province came under fire after he justified a clear-up in a beach, stating anti-refugee remarks.

The complaints against Syrian refugees increased during the nine-day holiday in Turkey for Ramadan Bayram, also known as Eid al-Fitr, when millions of people left large cities for their hometowns or holiday resorts while hundreds of Syrian refugees left Turkey to visit their relatives in the neighboring war-torn country.

Salih said that complaints questioning why refugees who visited their hometowns during the holidays are returning Turkey are baseless, since there is neither peace nor infrastructure to build a life at present in Syria.

"People during the holiday period constantly say that 'Syrians go to their country for holiday,' but they do not go to those lands for vacation. They go and look at the places they were born and lived. If those places are under livable conditions and the necessary infrastructure is available, they will return to Syria," Salih said.

Mehdi Halil, chairman of the Damascus Foundation for Orphans in Fatih district in Istanbul, was quoted by Turkish daily Milliyet as saying that although some Turkish people are uncomfortable with the presence of Syrian refugees, Syrians do not want to disturb anyone. He adding that they will return to Syria when the war is over and the security of their lives is ensured.

International Arab Academics Foundation Honorary Chairman Samir Hafez said that people always ask why Syrians do not go back and fight in their country, but they need money to fight.

Hafez said that many of the Syrians understood the situation differently when they were told not to enter the seas, adding "Syrians began to wonder whether they can go to the parks, the streets, they began to live in worry about going out."

Previously, Tanju Özcan, the newly-elected CHP mayor of northwestern Bolu municipality, instructed municipality departments to stop relief for foreigners since they were already receiving aid from the central government, saying that Syrian refugees should return home as soon as possible. Despite receiving stern criticism, he later continued to support his anti-refugee plan, saying that Iraqi, Syrian and Afghan refugees were living in the "highest standards" in Bolu.

CHP Mayor Rıdvan Karakayalı of the Kemalpaşa district of western Izmir province is another example of the CHP's increasing anti-refugee rhetoric, as he promised in April to expel Syrian refugees.

"We will get rid of Syrians. There is peace in Syria, so what are they doing here?" Karakayalı said on a TV program in response to a question regarding the situation of refugees in the district.

The CHP administration and deputies including Chairman Kemal Kılıçdaroğlu have long voiced that Syrians should return or be forced to return to their home country once the war is over.

Turkey is home to more than 3.5 million Syrian refugees under temporary protection status along with some 72,000 others granted Turkish nationality. An additional half a million migrants, mainly from Iraq, Iran and Afghanistan, are also present in the country. Since the outbreak of the Syrian Civil War in 2011 and its spread to Iraq, millions of others are estimated to have crossed from Turkey to Europe and other destinations, especially during the height of the refugee influx in 2015.