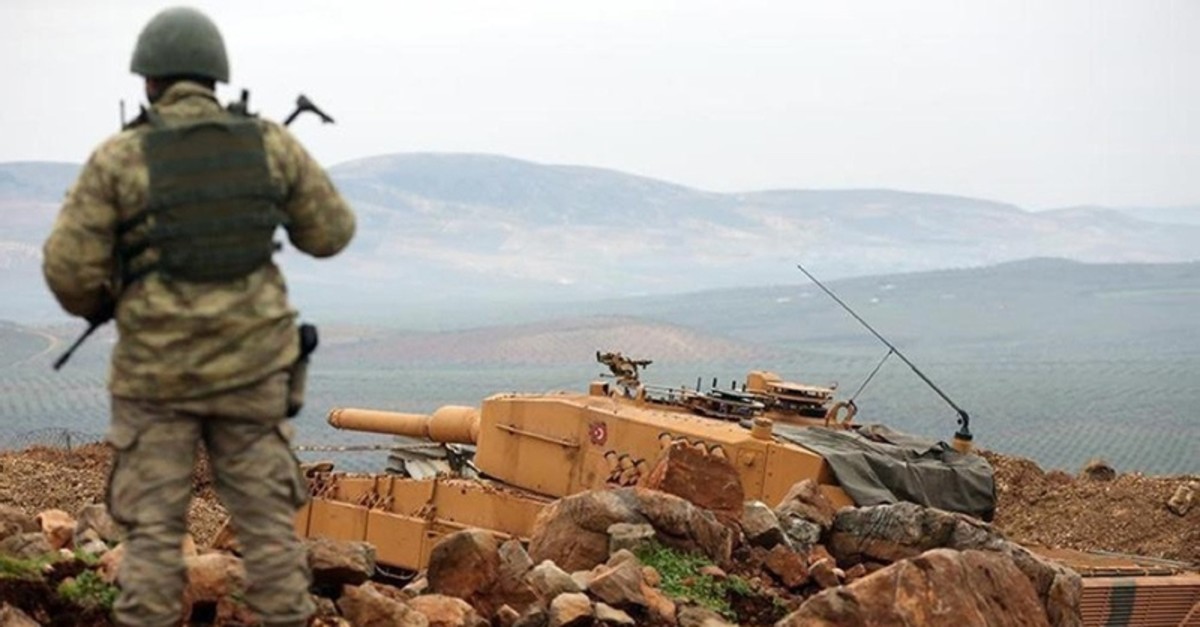 One Turkish soldier was killed and three were wounded on Thursday when their observation post in Syria's Idlib region was attacked by shelling and mortar fire, the Turkish Defense Ministry said. In response, Turkish military retaliated in kind against the Assad regime forces.

In a statement, the Turkish Defense Ministry said Syrian regime forces carried out the attack on the post in the province's de-escalation zone.

The wounded were evacuated and have begun receiving medical treatment, the ministry said.

Russia's Ankara attache was summoned to military headquarters and was told that the attacks will be "punished in the strongest way," the ministry noted.

The Turkish Armed Forces (TSK) sent reinforcements to the area last night, as the area has been targeted several times by Assad regime forces over the past three months.

It was the sixth such attack near the observation post, with similar attacks by the regime also reported on April 29, May 4, 12, 31, and June 8.
Idlib, the last opposition last enclave in Syria, had a pre-war population of 1.5 million. The number swelled to around 3 million with new refugee waves after it was designated a "de-escalation zone" under the Astana agreement between Turkey, Russia and Iran in May 2017 that paved the way for a permanent political solution in Syria. The Turkish military set up 12 observation posts in Idlib's de-escalation zone after the ninth round of Astana-hosted peace talks.​​

President Recep Tayyip Erdoğan highlighted Turkey's efforts with Russia and Iran for establishing regional peace saying: "We have had success in both averting civilian losses and progressing on a path for a political solution by implementing the de-escalation zones."

Speaking to the Tokyo-based Nikkei Asian Review on Wednesday, ahead of upcoming G-20 Summit in Osaka on June 28-29, Erdoğan said: "We avoided hundreds of thousands of people leaving their homes in Idlib and migrating to our country and Europe."

Meanwhile, the EU yesterday expressed its concerns over the ongoing situation in Idlib and condemned the regime attacks targeting civilians and residential areas, including schools and hospitals.

EU foreign policy Chief Federica Mogherini released a written statement in the name of the 28 member states and expressed the bloc's concerns and condemnation on regime attacks targeting civilians and infrastructure in Idlib.

Stating that the regime attacks have violated humanitarian law, Mogherini said: "As long as the violence continues, peace cannot be achieved. Military action is not the solution to the problems in Syria."

"Military strikes by Syrian regime forces, supported by Russia, have destroyed IDP [internally displaced people] camps, schools and health facilities, which should be the very safest spaces," the declaration said.

According to the statement, more than 230 civilians have lost their lives, more than 330,000 have fled in just six weeks, and three million more remain at risk.

The declaration called all sides to fully respect International Humanitarian Law (IHL). "We strongly condemn the indiscriminate attacks on civilians, hospitals and schools, including the use of barrel bombs. The EU reaffirms its firm determination to hold accountable those who violate IHL," it said.