Erdoğan: Women suffer the most from humanitarian crises 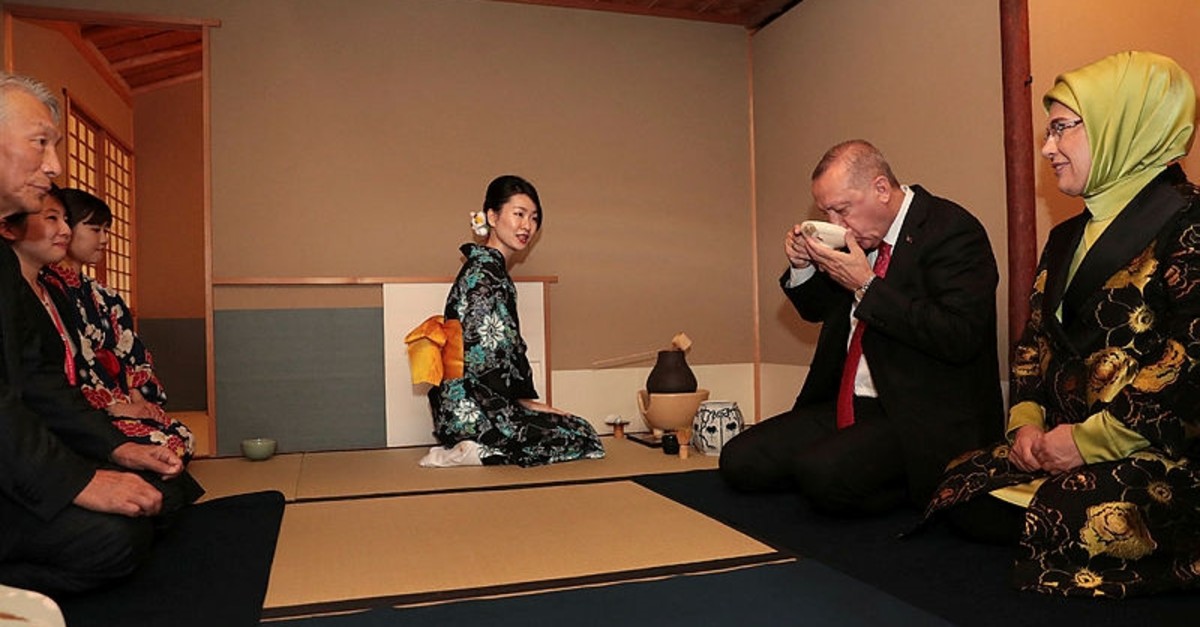 President Erdoğan, underlining the importance of women's empowerment, said they are the biggest victims of rising cultural racism in Western countries

Crises that are occurring in our region and in the world in general are targeting women first, President Recep Tayyip Erdoğan said yesterday. Speaking at a ceremony at Mukogawa Women's University in Japan where he received an honorary doctorate, Erdoğan gave the example of Western countries for women's suffering. "Women become the biggest victims of the rising cultural racism in the Western countries," he said. He also touched upon Turkey's reforms on women's rights, saying that they were historical achievements because they took place during a period when discrimination was on the rise and the notion of family was suffering from erosion. "In every aspect of business life, our women are being represented in much higher numbers. The ratio of women within public service employment surpasses 38 percent," Erdoğan emphasized.

Other initiatives created by Turkey include supporting young girls who want to be engineers, providing stipends to grandmothers who are taking care of grandchildren, various vocational trainings, organized seminars on financial literacy and provide benefits to working moms. In another program funded by the EU, it was planned to increase the number of babysitters for working mothers who find it difficult to get back into the workforce. The rate of women representation in Turkish Parliament rose to 17.4 percent after last year's elections, up from 4.4 percent in 2002.

According to figures released by the Turkish Statistical Institute (TurkStat) in March, women, who make up 49.8 percent of the population, do not fare better than other women in the world in terms of employment. Still, the proportion of women in upper and middle-level management positions was 17.3 percent, TurkStat reported, based on 2017 statistics. Unfortunately, the female employment rate was less than half of the male employment rate, according to figures from 2017, the latest year with available statistics. The employment rate for men was 65.6 percent, while it was only 28.9 percent for women. Statistics show that the higher the educational status of a woman, the more likely she is to participate in the labor force. The labor force participation rate for women who graduated from universities was 72.7 percent, while it was only 27.7 percent for those who only completed high school. The highest female employment rate was in the service sector. It was lower in industry and agriculture compared to men.

The president further heralded that Turkey will take Japan as an example for the country's women universities and will establish similar ones.

"We are siding with freedom and justice in every crisis, particularly in Syria and Iraq. The number of refugees in Turkey has reached 4 million when Iraq and Afghani refugees are also included to the 3.6 million Syrian refugees. We've opened our doors without expecting anything in return," he said, adding that Turkey has spent $37 million for the refugees so far.

"Yet," the president continued, "we've only received 2 billion euro," referring to the 2016 refugee deal that was signed with the EU.

Ankara and Brussels signed an agreement in 2016 to find a solution to the influx of refugees heading to the union. According to the deal, Turkey was promised a total of 6 billion euros in financial aid, which was initially designed to be given to the country in two stages and be used by the Turkish government to finance projects for Syrian refugees. Visa freedom for Turkish citizens was also promised under the agreement.

Lastly, the customs union was also promised to be updated in accordance with the deal. In exchange for these promises, Turkey took the responsibility of discouraging irregular migration through the Aegean Sea by taking stricter measures against human traffickers and improving the conditions for refugees.

Despite significant developments in the control of migration traffic, the EU has not delivered on its commitments in the deal.

In the ceremony, women wearing traditional Japanese clothes served tea for the president and first lady.

While university officials were giving a briefing about the tea ceremony, President Erdoğan said: "My hometown is Rize. Rize is the city of tea."