Civilians in Idlib must be protected, say major humanitarian groups 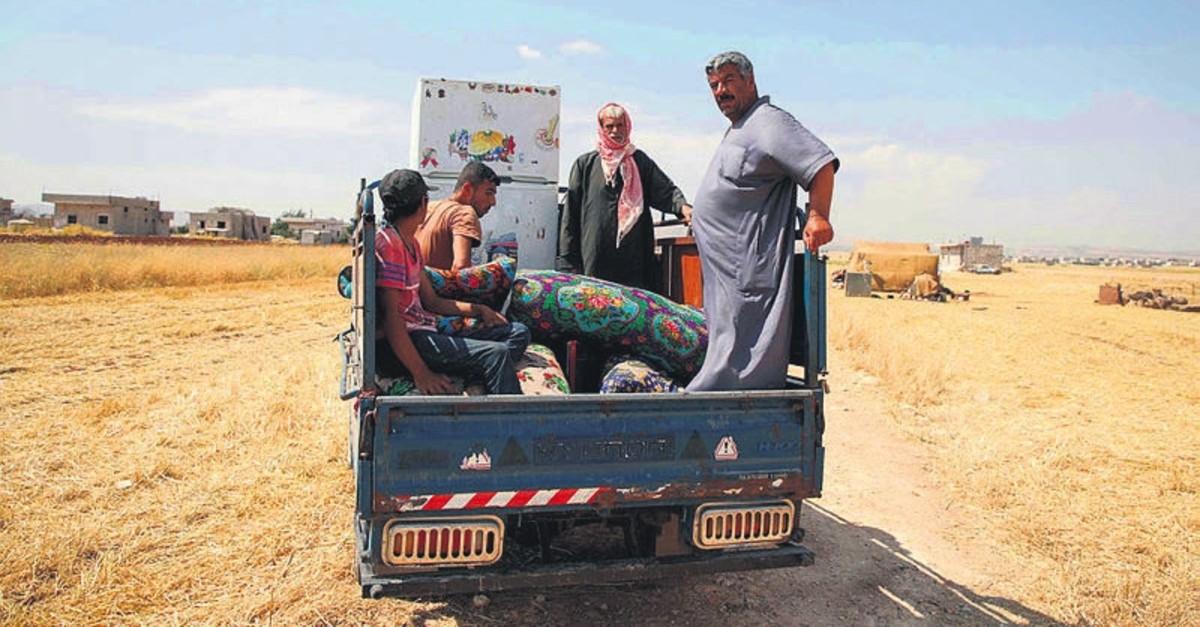 The spike in violence in and around Idlib province has killed hundreds of civilians, displaced 330,000 more, and sparked fears of one of the worst humanitarian disasters in the eight-year civil war, June 25, 2019.
by Daily Sabah with Agencies Jun 29, 2019 12:08 am

The heads of 11 global humanitarian organizations warned on Thursday that Syria's last opposition stronghold Idlib is "on the brink of disaster," with 3 million civilian lives at risk, including 1 million children.

According to the statement of the U.N. Office for the Coordination of Humanitarian Affairs (OCHA), 11 chiefs of global humanitarian organizations launched a worldwide campaign, dubbed #TheWorldIsWatching, in solidarity with civilians trapped in Idlib.

In a video address, the humanitarian leaders stressed that civilians face the constant threat of violence and armed conflict and desperately need protection, deploring the devastating impact of the fighting on hospitals, schools and markets.

"Our worst fears are materializing…Yet again innocent civilians are paying the price for the political failure to stop the violence and do what is demanded under international law – to protect all civilians," said OCHA Coordinator Mark Lowcock.

"For the women, children and men in Idlib, it can be a death sentence. Our campaign expresses solidarity with the families under attack and tell everyone that we are watching and witnessing what is happening," he added.

As the opposition's last enclave, Idlib's pre-war population of 1.5 million has swelled to around 3 million with new refugee waves after it was designated a "de-escalation zone" under the Astana agreement between Turkey, Russia and Iran in May 2017 to pave the way for a permanent political solution in Syria.

Turkey and Russia inked a deal for a buffer zone in September in Sochi to prevent a massive regime offensive in the Idlib region, near the Turkish border.

Following eight months of calm provided by the Sochi deal, the Syrian regime intensified its attacks starting April 26, under the pretext of fighting Hayat Tahrir al-Sham (HTS) militants holed up in Idlib. Since late April, relentless bombardment by the Bashar Assad regime and its ally Russia has so far killed nearly 500 civilians. The violence has forced around 330,000 people to flee their homes and has damaged 23 health centers, the United Nations said.

U.N. special envoy Geir Pedersen told the U.N. Security Council by video from Geneva that the only solution for Idlib is to stop fighting and have the key parties agree on a cooperative approach to countering "terrorism" that protects civilians. He added that he hoped to finalize details in the near future on the constitutional committee, which was first agreed during a conference in Russia in January 2018.