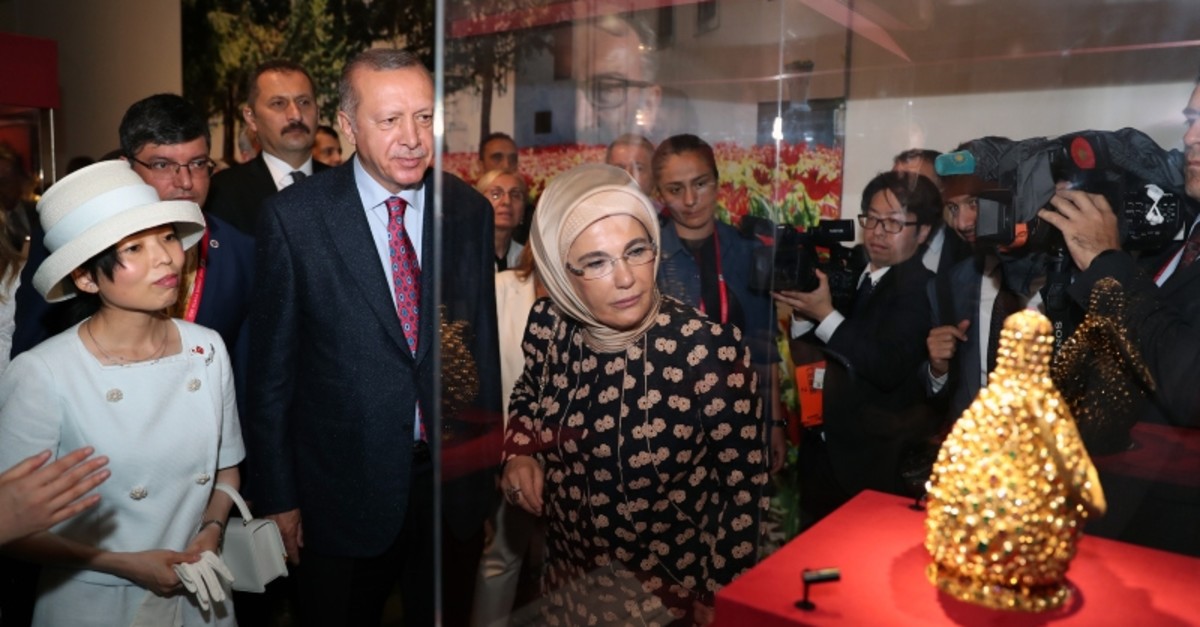 President Recep Tayyip Erdoğan visited Sunday an Ottoman-themed exhibition in Kyoto, after finishing his official talks at the G20 summit in Osaka, Japan.

Erdoğan said after Japan marked 2019 as the "Year of Turkish Culture and Turkey," the country has dispatched various historical items from the Ottoman era to Japan for the exhibition. "The exhibition, first in Tokyo and then Kyoto, has seen a great deal of interest," the president said.

He added that cultural exchange was of huge importance because it creates opportunities that will help the integration of the people of Turkey and Japan.

The Japanese princess said she wished the people of Japan and Turkey knew each other better and developed better relations.

The exhibition is called "Treasures and Tradition of 'Lale' [Tulip] in the Ottoman Empire." It has a collection of 170 treasures from the Ottoman Empire, borrowed from the Topkapi Palace in Istanbul. It showcases the rich cultural heritage of one of the world's longest-standing empires.