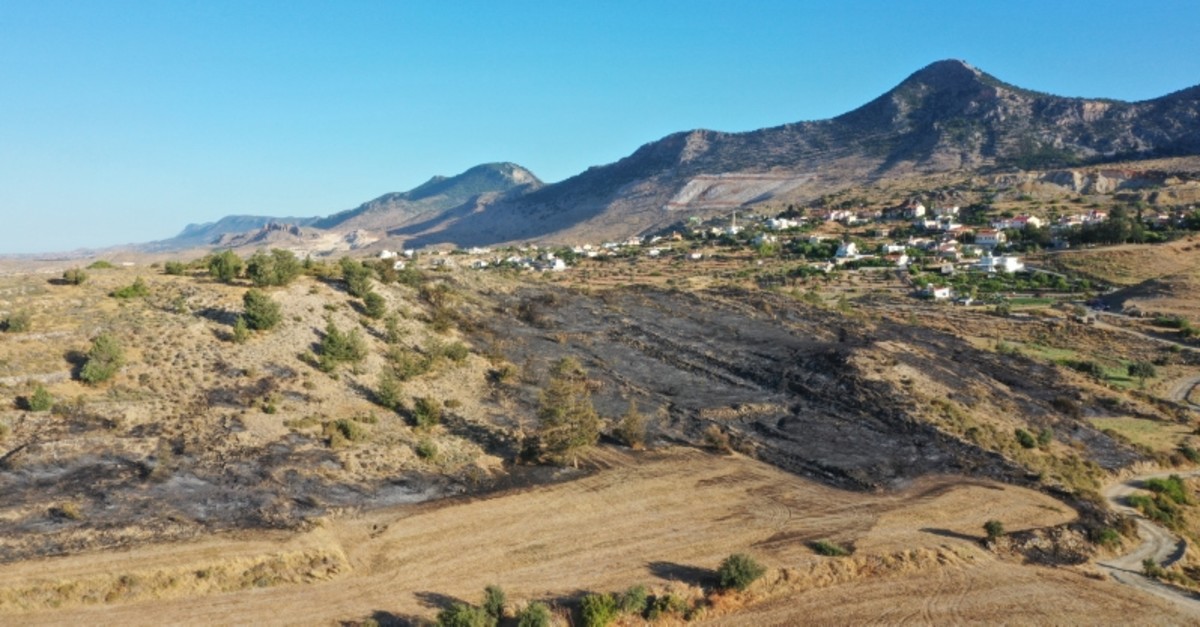 The explosion occurred around 1 a.m. (2200 GMT Sunday) near the village of Taşkent, also known as Vouno, some 20 kilometers (12 miles) northeast of Nicosia (or Lefkoşa), with the impact setting hills ablaze and heard for miles around.

Authorities evacuated some homes located some 200 meters from the explosion site. No one was injured. 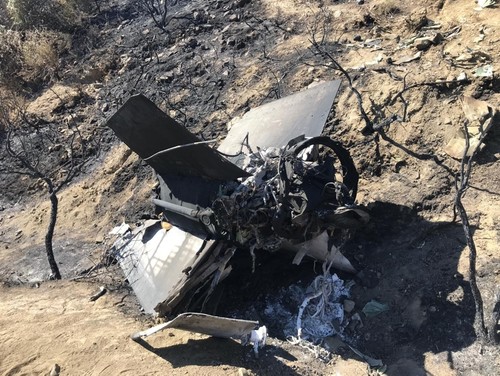 Deputy Prime Minister and Foreign Minister Kudret Özersay said that they had contacted relevant ambassadors to obtain more information. He said initial investigations had determined that the missile was Russian-made and part of an air-defense system which was activated in response to an airstrike against Syria on Sunday night.

"It is thought that the explosion occurred before impact, as no pits were opened on the ground. Parts falling at several different points confirm that the missile exploded in the air before it hit," Özersay wrote on Facebook.

He later said investigations determined that missile was the same type as the Russian-made S-200 that fell in Gaziantep, Turkey in July 2018.

Özersay said Monday afternoon that a team of four experts from Turkey's Disaster and Emergency Management Authority (AFAD) will come to TRNC to investigate the incident. He said the Turkish team, along with TRNC's civil defense organization, will take measurements of the chemicals in the explosion zone.

TRNC President Mustafa Akıncı initially linked the incident to military operations in the Middle East but further investigations were underway by the military to establish what it was, he said.

"It is evident it is not something stemming from our soil ... It is one of the bad sides of the war in the region falling into our country," he said.

The incident comes as Israeli warplanes attacked military positions in Homs and the Damascus outskirts in central Syria early Monday, with a missile near the capital, Damascus, killing four civilians and wounding 21, according to the reports released by the regime's media outlets.

The distance between the closest point of the island of Cyprus, tip of the northern Karpas Peninsula controlled by the TRNC, to the Syrian coast is some 103 kilometers (64 miles). The explosion site is located some 230 kilometers west to the Syrian port city of Tartus, where a Russian naval base is located.

If verified, it would be the first time that Cyprus has been caught in the crosshairs of military operations in the Middle East despite its proximity to the region.