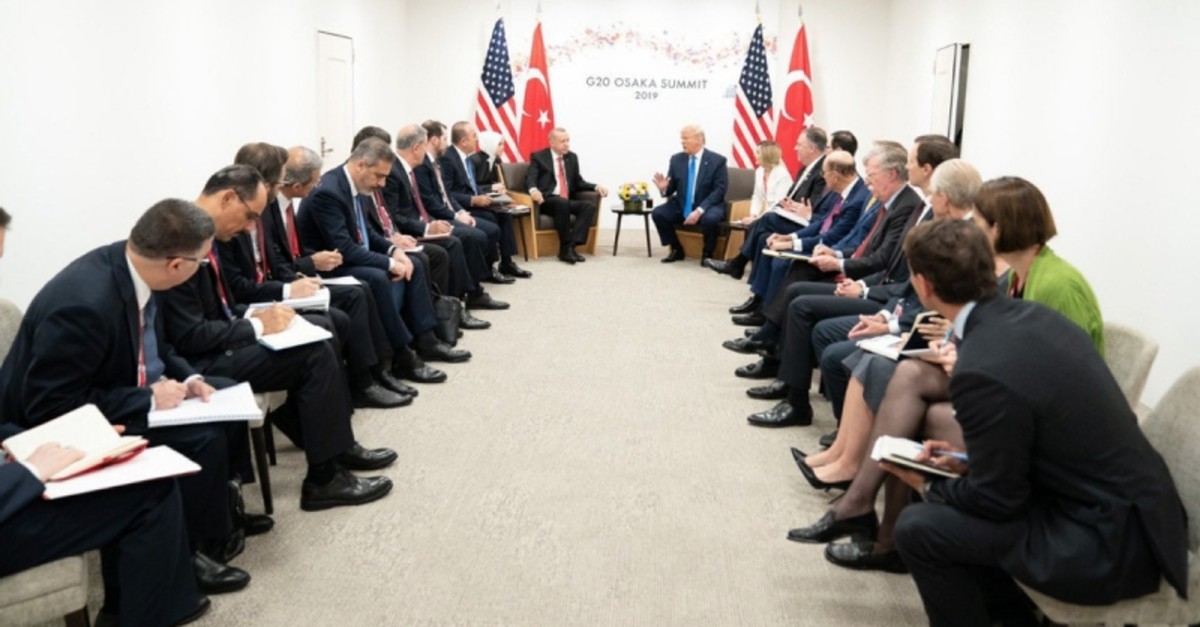 President Recep Tayyip Erdoğan and his U.S. counterpart Donald Trump met Saturday on the sidelines of the G20 Summit in Japan's Osaka to discuss key bilateral issues at a time when tensions between Ankara and Washington D.C. were running high over several matters, including the Russian S-400 purchase and U.S. support for PKK terrorist group's Syrian offshoot People's Protection Units (YPG).

The meeting ended in a positive manner with Trump declaring his support for Turkey and blaming his predecessor Barack Obama's administration for the problems between the two countries.

Apart from the crucial issues discussed, the meeting made waves in Turkey over photographs taken during the session open to the press and distributed by official social media accounts and agencies, with the opposition accusing the Turkish delegation of sitting idly by while the U.S. delegation was busy taking notes. 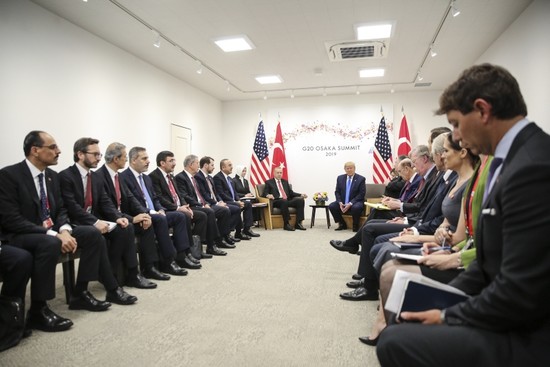 This was also voiced by Kılıçdaroğlu on Tuesday during his party's parliamentary group meeting in Ankara.

"You must have seen the photo in Osaka. Trump and Erdoğan are sitting next to each other. Everyone in the U.S. delegation has notebooks and pens. The leaders will meet, so they can take note of important conversations. Our delegation is also there but they have no notebooks or pencils," Kılıçdaroğlu said, connecting the issue to Trump's complimentary remark that the Turkish delegation was made up of people looking like they were out of a "Hollywood set."

Sharing a photo from the meeting on his official Twitter account, Altun said Kılıçdaroğlu blatantly lied by raising this issue and that members of the Turkish delegation indeed took notes and made records during this important meeting.

"Kılıçaroğlu, disturbed by the strong and determined stance we showed at the G20 Leaders Summit, tried to discredit a meeting important for our national interests with this lie. Kılıçdaroğlu must immediately apologize to the public and to our President," he added.