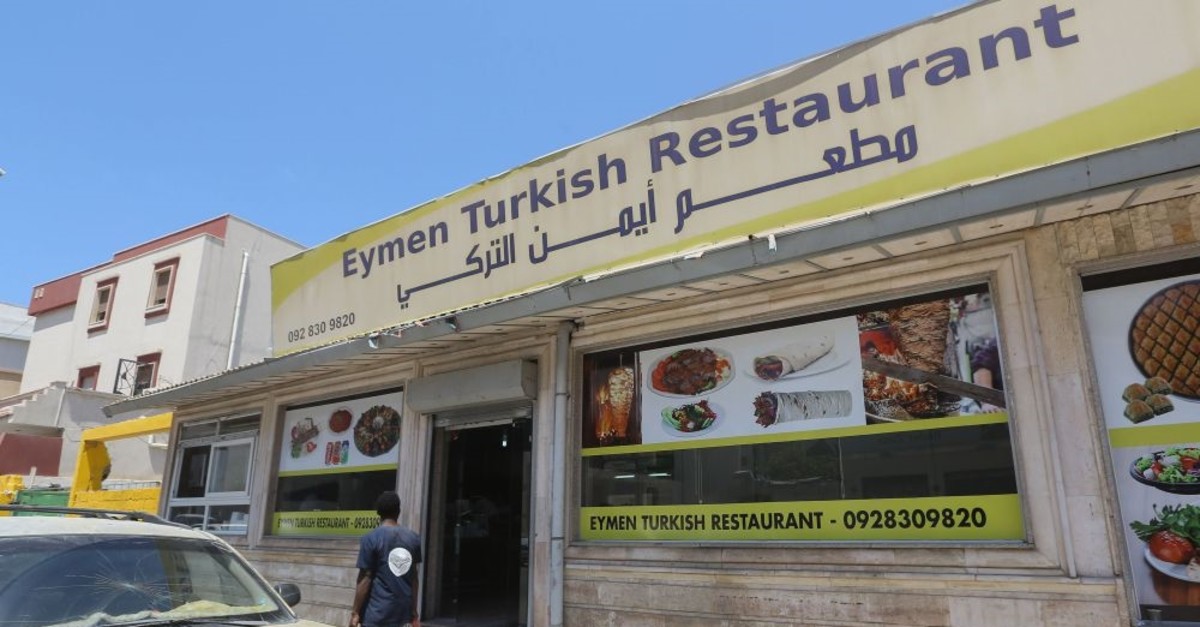 Although Turkey maintains good relations with the legitimate actors in Libya, any hostile attitudes expressed against the country or Turkish people, like those seen from Haftar, are regarded as terrorist acts

The militia loyal to renegade self-proclaimed Gen. Khalifa Haftar took a hostile step in Libya on Sunday by abducting six Turkish nationals. Having recognized the U.N.-backed Government of National Accord (GNA), Ankara said it sees the action as banditry, warning that Haftar's forces will become legitimate military targets if they do not release the Turkish citizens. Following the announcement, the captives were freed yesterday. Regarding the incident, Foreign Ministry spokesman Hami Aksoy said yesterday that the released sailors decided on their own accord to continue working and have gone aboard a ship owned by a Libyan company.

While Libya was dragged into chaos after the overthrow of Moammar Gadhafi, who ruled Libya with an iron fist for 42 years until the Feb. 17 revolution in 2011, Haftar, a former Gadhafi officer, has been trying to destroy the Tripoli-based, internationally recognized Government of National Accord (GNA) for months. His militia launched an offensive in April against the Tripoli-based government, seeking to capture Tripoli from the GNA but has so far been unsuccessful. Emrah Kekilli, a researcher at the Foundation for Political, Economic and Social Research (SETA), told Daily Sabah that Turkey's interlocutor in Libya is the U.N.-backed GNA, with which Ankara has very good relations, and therefore regards Haftar's militia's action as a terrorist act. "Turkey has no problem with any legitimate actor in Libya. Ankara acknowledges and allies with the head of the high-state council and the chief of the military staff," he said.

Abdulhalim Alhaneesh, a Libyan high-state council spokesman, told Daily Sabah that they condemn Haftar forces' hostile attitude toward Turkish citizens, adding that the warlord tried to create a perception that only Turkey backs the GNA; however, in fact, the international community as a whole recognized the Tripoli-based government as a legitimate power in Libya.

"These kinds of acts create more destabilization and are regarded as war crimes. Haftar's forces are just trying to escalate the tension," he said.

Turkey's Foreign Ministry on Sunday warned its citizens to stay away from conflict zones in Libya. The Turkish Embassy in Tripoli on its website also advised its citizens to avoid any steps that would jeopardize their security and safety in the regions under the control of the illegal militia loyal to Haftar.

Since the summer of 2014, political power has been split between two rival governments in Tripoli and in Tobruk, with the latter having been recognized by the international community before the creation of the Presidency Council in December 2015 with the Libyan Political Agreement (LPA). Currently, the country is torn between the GNA, presided over by the Presidential Council, and the Tobruk-based House of Representatives.

The renegade's forces launched a surprise offensive against the capital Tripoli in April to unite the country under his banner, a move most feared could potentially drag the country back into civil war. He promised his backers that he could swiftly seize Tripoli and launched a siege. However, his forces have been unable to make any gains, and the offensive has only exacerbated the dire humanitarian situation.

Stressing that Haftar experienced a major blow in his recent military actions, Kekilli said the warlord needs to find a pretext for his base in eastern Libya and international support for his unsuccessful offensives. "He said he would seize Tripoli in 48 hours. But after 48 days, there has been no gain on the ground. It is a heavy defeat for him," he said. Haftar's forces are not only suffering from the failed assault. The renegade general lost control of Gharyan, a strategic town south of Tripoli, against the GNA in a counterattack. The town is the main forward base for Haftar's forces, which have been fighting to take control of Tripoli for almost three months. The retired general's offensive on Tripoli has been widely criticized by international organizations such as the U.N. and aid agencies, and has taken a heavy toll. In late June, the World Health Organization (WHO) said the fighting around Tripoli has cost 739 lives and left 4,407 wounded. Last month, the U.N. also highlighted the deteriorating situation for internally displaced people. More than 90,000 people had to leave their homes and take refuge in Tripoli. Some of them have taken shelter in their relatives' houses, but others have been placed in centers - mostly schools where each family has been given a classroom to reside in.