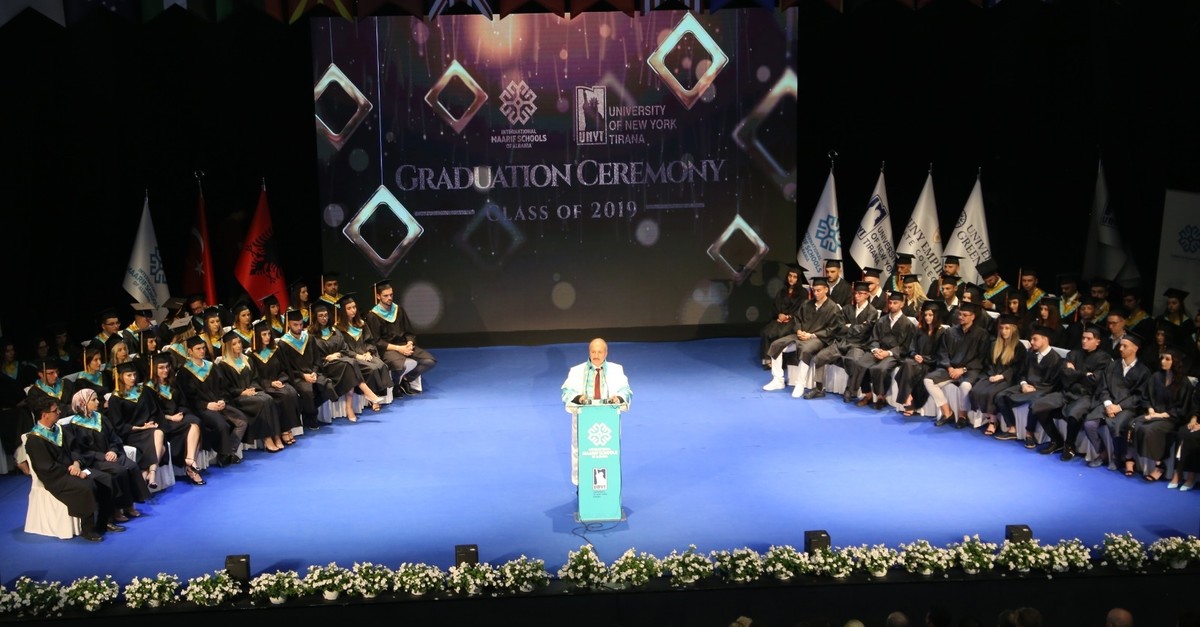 Some 1,886 students recently graduated from the Turkish Maarif Foundation schools, which operate in 33 countries on six continents, most notably in the Balkans and Africa

It was three years ago when the Turkish government decided to establish a nonprofit institution under the Education Ministry to open new schools worldwide. The organization, which was named the Turkish Maarif Foundation, is now in 33 countries on six continents, most notably in the Balkans and Africa, where it provides education at different levels from preschool to university. While number of countries that the foundation has been operating quickly increases, it also attaches great importance to the quality of education. 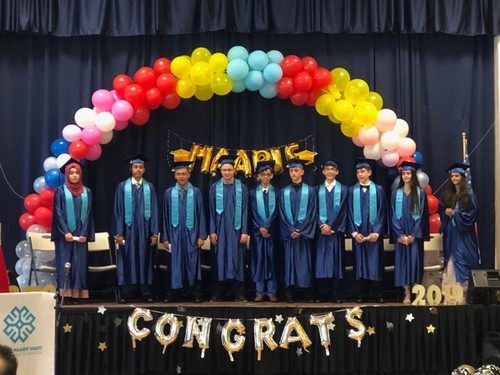 Students graduate from a Turkish Maarif Foundation school in the United States.

Masoud also ranked first in physics in Lahore state of Pakistan, which has a population of about 90 million. She said that she wants to continue her higher education in Turkey.Another success was gained by International Maarif Schools of Tunisia, which ranked first in the Core Values field in the First Lego League Challenge national competition in the country. Also, the school's robotics team took the jury's special award among 73 teams in the First Lego League Arabia 2019 robotic challenge organized in Jordan by Jubilee Institute's Center for Excellence in Education and Arab Robotics Al Association. Also, Djibouti's Ministry of National Education awarded the international school of Turkey's Maarif Foundation as the best school of the 2018-19 education term.

The Maarif Foundation has not only been offering education but it also provides assistance to many high school students who are looking for higher education in Turkey after their graduation. In this regard, number of Turkish universities that Maarif made protocols with to enroll foreign students has already risen to 42. These protocols include many areas including training of teachers and opening Turkish branches for foreign students. The institution carries out matriculation examination for foreign students, which is called Examination for International Students (YÖS), at its schools abroad.

These foreign students, who choose Turkey for higher education, have been given education counseling by Maarif. They are also provided with various programs such as educational camps and cultural trips during their studies. 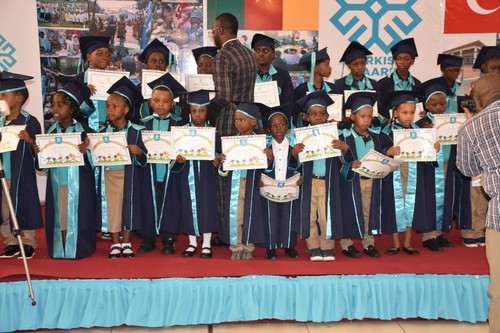 Young students hold up their certificates at their graduation ceremony at a Maarif Foundation school in Cameroon.

The institution also holds many education fairs in the last school year in five countries with the participation of 37 universities and about 11,000 students to represent educational opportunities in Turkey.

The Maarif Foundation was founded in June 2016 and currently has representatives in 55 countries. It also made official contact with 99 countries for educational activities.

It delivers education to more than 30,000 students in 272 schools in 33 countries, offering different degrees. While the foundation signed protocols with 43 countries and is soon planning to start education, it also has 36 dormitories in different countries. Along with opening new schools worldwide, the Maarif Foundation also has been taking over the educational institutions of the Gülenist Terror Group (FETÖ), after the group orchestrated a coup attempt on July 15, 201, which resulted with 251 people being killed and nearly 2,200 others being injured.