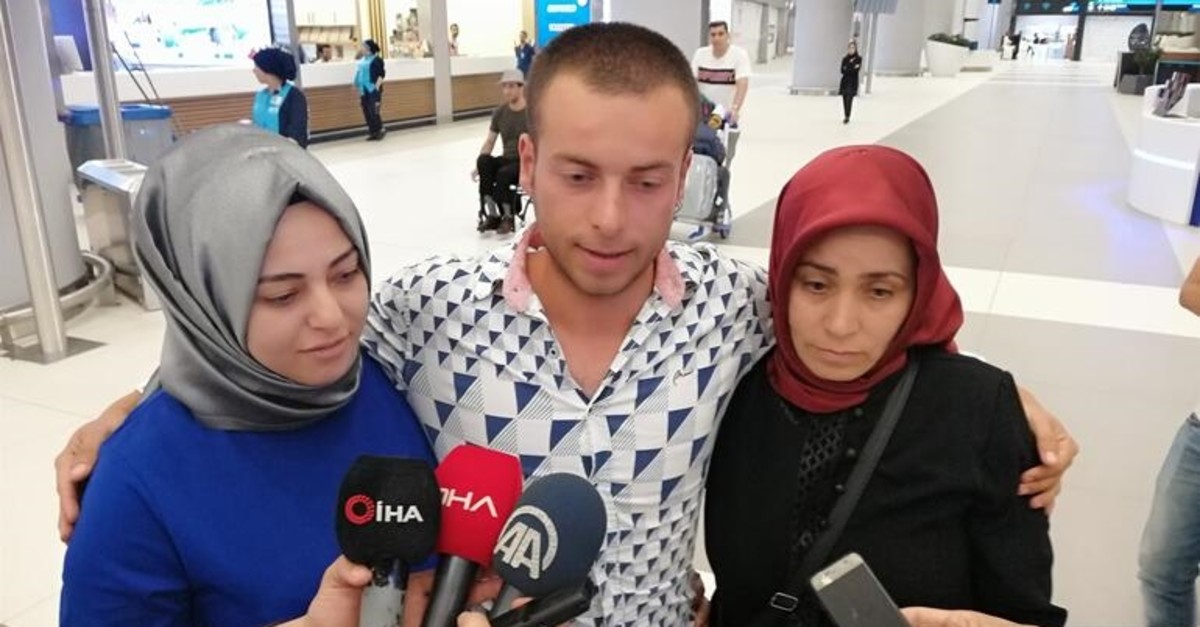 "My internet was limited, so I contacted my family as much as possible. I kept saying I was fine. We were fine. We went through a lot of stuff, but I tried not to mention it," Onur Çakır told reporters.

On June 28, Haftar's spokesman Ahmed al-Mismari announced a ban on commercial flights from Libya to Turkey and said Haftar had ordered his forces to attack Turkish ships and interests in the country.

Following the move, the Turkish Embassy in Tripoli said on its website that its citizens should avoid any steps that would jeopardize their security and safety in the regions under control of the illegal militia loyal to Haftar.

On July, 1, the sailors were released and returned to their ship.

Libya has remained beset by turmoil since 2011 when a bloody NATO-backed uprising led to the ouster and death of long-serving President Muammar Gaddafi after more than four decades in power.

Since then, Libya's stark political divisions have yielded two rival seats of power -- one in Tobruk and another in Tripoli -- and a host of heavily armed militia groups.