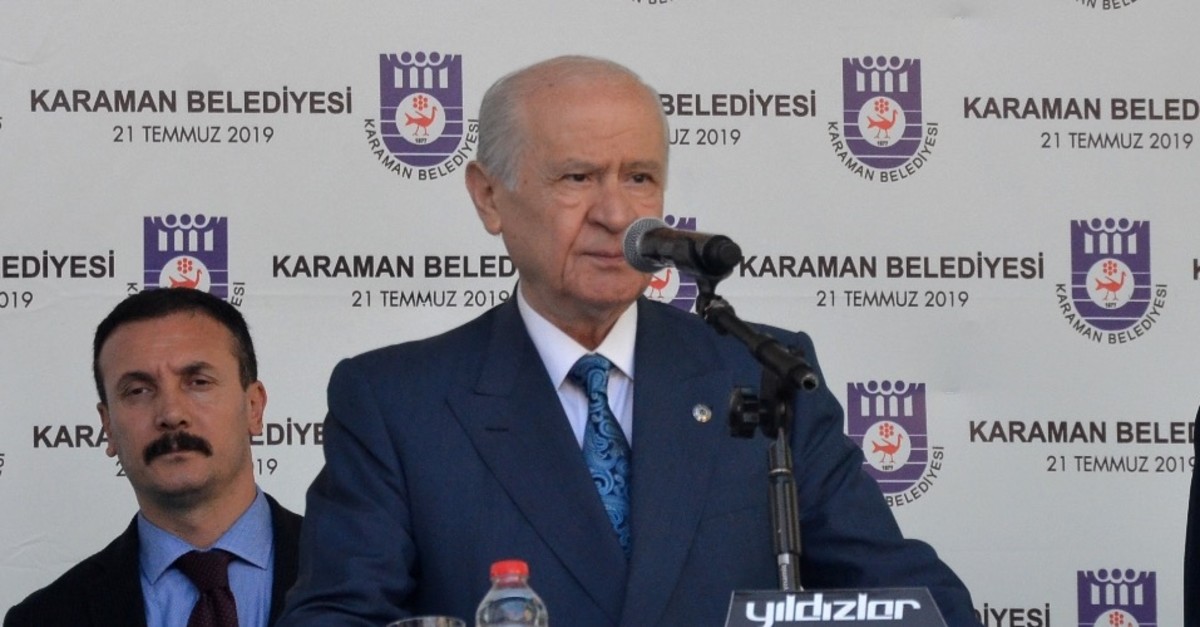 Turkish voters narrowly endorsed an executive presidency in the April 16, 2017 referendum with 51.4 percent of the votes.

The official transition to the new system took place when Recep Tayyip Erdoğan took oath as president in Parliament after the June 24, 2018 election. After the March 31 local polls, opposition parties called to re-evaluate the executive president system.

Even though Erdoğan said there is no plan to make a change in the new system, he opened the door for amendments, stressing that he can make an evaluation with MHP Chairman Bahçeli, the ruling Justice and Development Party's (AK Party) partner in the People's Alliance. Bahçeli also thanked the people of Karaman who supported the MHP in the municipal elections of March 31.

In the March 31 municipal elections, the MHP led the polls in Karaman, taking nearly 40 percent of votes.

Millions of Turkish voters cast their votes nationwide on March 31 in local elections to choose mayors, city council members, mukhtars (neighborhood officials), and members of elder councils for the next five years.