Unregistered Syrians in Istanbul will not be deported: Interior Minister Soylu 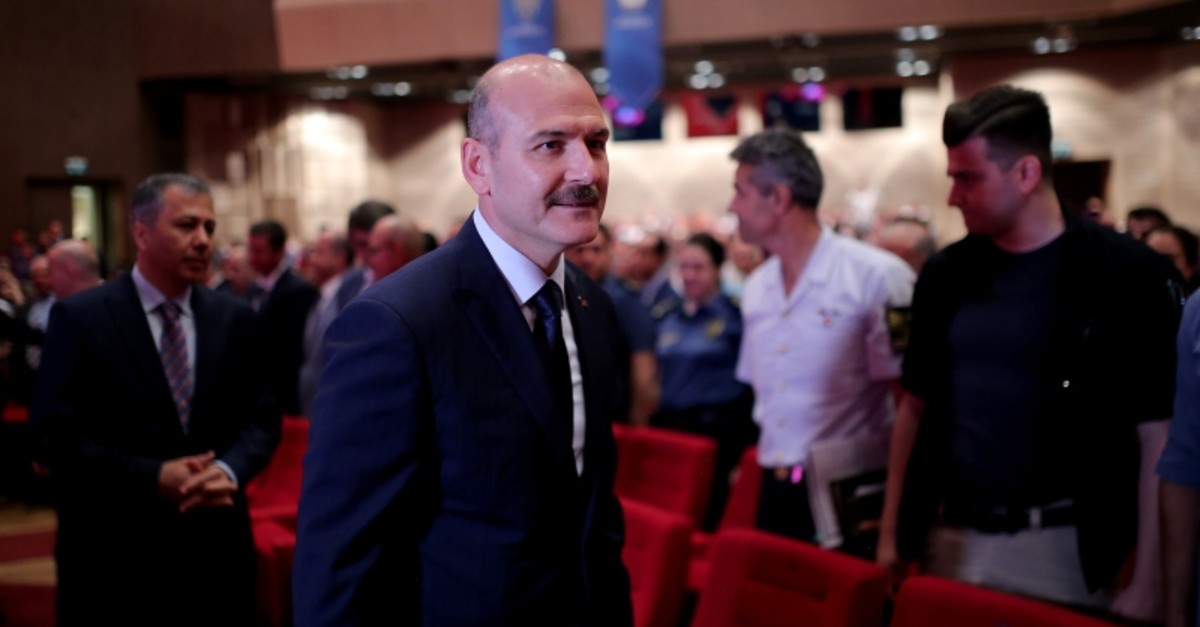 Unregistered Syrians in Istanbul will not be deported out of Turkey but will be sent to camps, Interior Minister Süleyman Soylu said Wednesday, upon discussions on Istanbul governorate's measures to prevent illegal residence in the province.

"Syrians are under temporary protection," Soylu said in an interview with Turkish broadcaster NTV, adding that those not registered in Istanbul were given a deadline of Aug. 20 to leave the city.

"There are Syrians who come illegally. The ones who were not given residence permits, we take them to camps. No person under temporary protection may be deported," he explained.

"We are apprehending unregistered Syrians and sending them to camps. There are currently 100,000 people in the camps," Soylu said, adding that Turkish authorities need to keep the migration situation "under control."

Soylu emphasized that Turkey began efforts to manage orderly migration of migrants and registration of Syrian refugees eight years ago, and succeeded with what the rest of the world could not.

"They were first taken to camps, to be registered. There should be no unregistered people in this country that we don't know about," he said, noting that Syrians were registered to live in various provinces.

He said several provinces are excluded from this registration process, as is the case in Istanbul now. "We said that we do not accept registration in Istanbul except for in humanitarian cases," he said. While 547,000 Syrians were registered in Istanbul, other Syrians have flocked to Turkey's largest city from other provinces.

Soylu's comments came two days after the Istanbul Governorate announced that Syrian nationals without registration or registered elsewhere in Turkey will be transferred to provinces determined by the Ministry of Interior.

According to the statement issued Monday, there are 547,479 Syrians living under temporary protection status in Istanbul.

A deadline until Aug. 20, 2019, has been set for foreigners of Syrian nationality who are in Istanbul although they were registered in another province. The governorate noted Monday that Istanbul is closed to further registration for temporary protection status.

"Those who were found to have not returned will be transferred to the provinces where they are registered according to the Ministry of Interior directive," the statement said.

It noted that monitoring for travel permission documents will be carried out continuously at all bus stations, train stations, airports and all other means of transportation throughout Istanbul and Syrian guests under temporary protection status without proper travel documentation will be returned to the provinces in which they are registered.

Foreign nationals with legal rights to reside in Istanbul should keep their passports and/or their temporary protection identity cards at all times to be presented to security forces during routine checks, the governorate said.