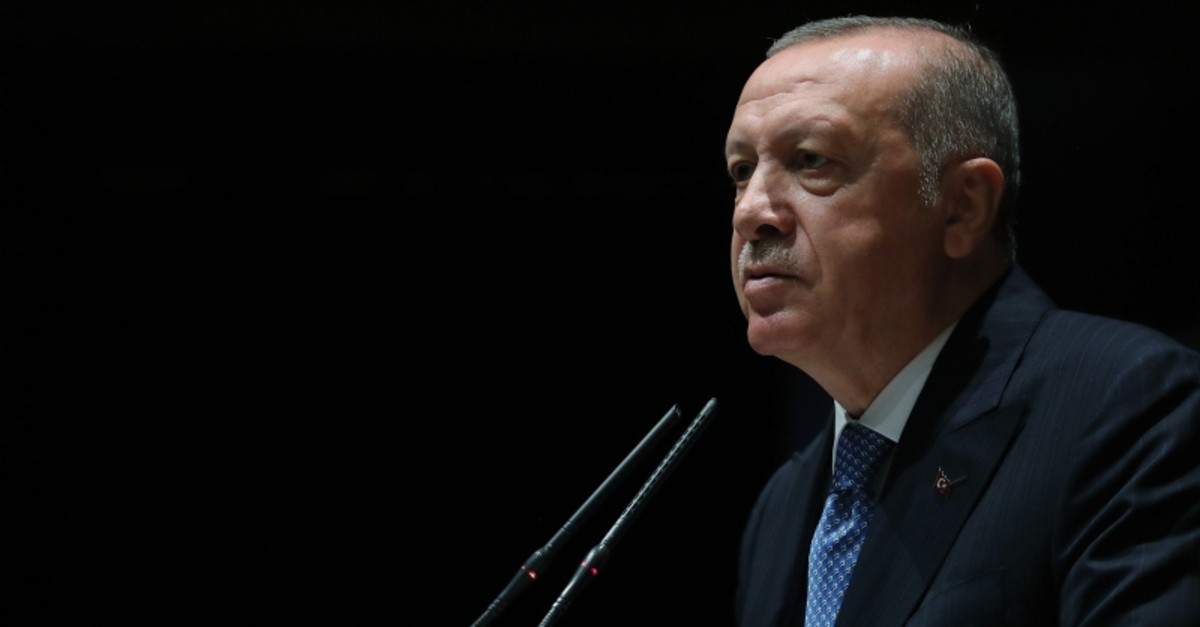 Sanctions by the United States or Turkey's removal from the F-35 fighter jet program will not deter Ankara from fulfilling its security needs, President Recep Tayyip Erdoğan said Friday, reiterating Turkey's position when it comes to matters of national security.

Speaking at a meeting with the provincial heads of the Justice and Development Party (AK Party), Erdoğan asserted that Turkey would turn elsewhere for fighter jets if the U.S. will not sell it the F-35 jets.

The United States said last week it was removing NATO ally Turkey from the F-35 program, as long threatened, after Ankara purchased and received delivery of Russian S-400 missile defense systems that Washington sees as a threat.

Washington has also threatened to impose sanctions on Turkey, though Ankara has dismissed the warnings. It has instead put its trust in sympathetic comments from U.S. President Donald Trump, who has said that Turkey was treated "unfairly".

Erdoğan said he hoped U.S. officials would be "reasonable" on the question of sanctions, adding that Turkey may also reconsider its purchase of advanced Boeing aircraft from the United States.

"Are you not giving us the F-35s? Okay, then excuse us but we will once again have to take measures on that matter as well and we will turn elsewhere," he said.

"Even if we're not getting F-35s, we are buying 100 advanced Boeing aircrafts, the agreement is signed... At the moment, one of the Boeing planes has arrived and we are making the payments, we are good customers," he said, adding: "But, if things continue like this, we will have to reconsider this."

Russia's Rostec state conglomerate said Russia would be ready to supply its SU-35 jets to Turkey if Ankara requested them. But, Turkish officials said on Thursday there were no talks with Moscow on alternatives to the F-35 jets for now.

Erdoğan also underscored that Turkey was determined to destroy the "terror corridor" east of the Euphrates river in Syria regardless of how talks conclude with the United States on a planned safe zone in the country's north.

Ties between Ankara and Washington have been strained over a host of issues. Turkey has also been infuriated with U.S. support for the People's Protection Units (YPG) militia in Syria, a main U.S. ally in the region Ankara regards as teh Syrian branch of the internationally-recognized PKK terror organization.

Ankara has warned that it would launch a military operation in northern Syria to wipe out the YPG if it could not agree with Washington on the planned safe zone in the region, saying it had run "out of patience."

"Those who put their trust in foreign powers in the region will be put under ground," Erdoğan said. "We will find a lasting solution to terror."