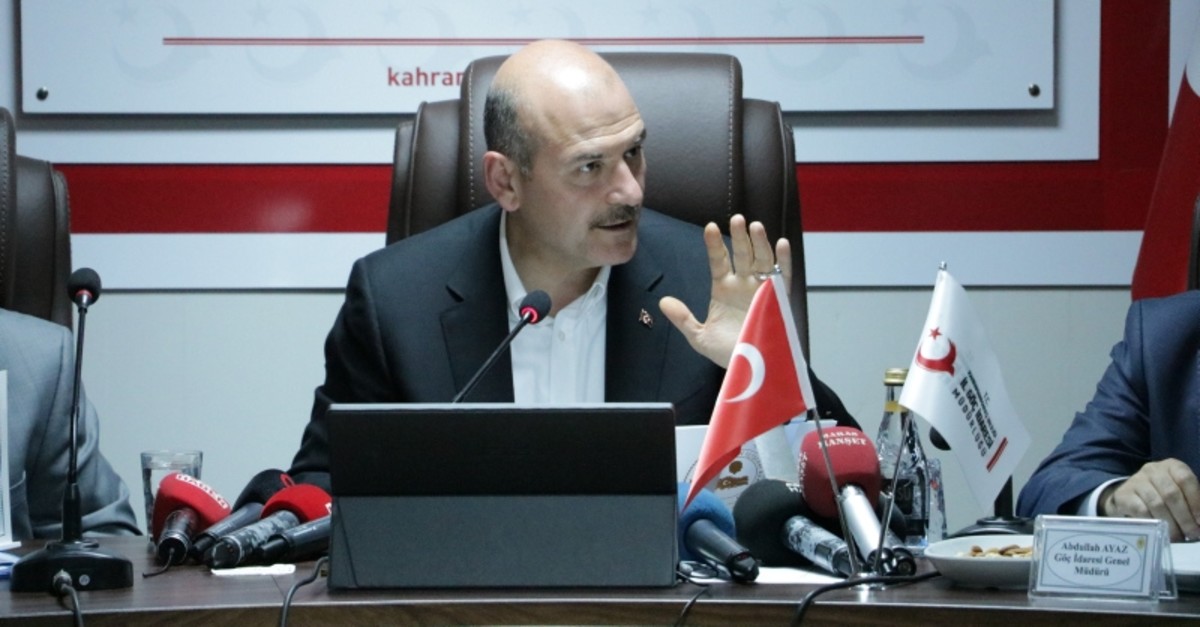 Süleyman Soylu said deportation is out of question for Syrian people who are under temporary protection or have residence permit and for foreigners who are granted international protection status.

Soylu stressed that 268,000 irregular migrants had been captured in Turkey in 2018.

More than 165,000 irregular migrants have so far been detained in Turkey since the beginning of 2019, Soylu said.

The number is expected to exceed 300,000 by the end of this year, Soylu added.

Turkey has been the main route for refugees trying to cross to Europe since 2011, when the civil war in Syria began.

Those under the temporary protection "must be settled" in cities where they were officially registered, Soylu said.

Refugees who resided in Istanbul despite not being registered there, on the other hand, will be referred to camps if they failed to leave the province by Aug. 20, Soylu added.

Soylu stressed that new registrations were not allowed in some provinces, including Istanbul, except for "humanitarian reasons" such as medical treatment or education.