Noise of new party rumors louder than public demand for them 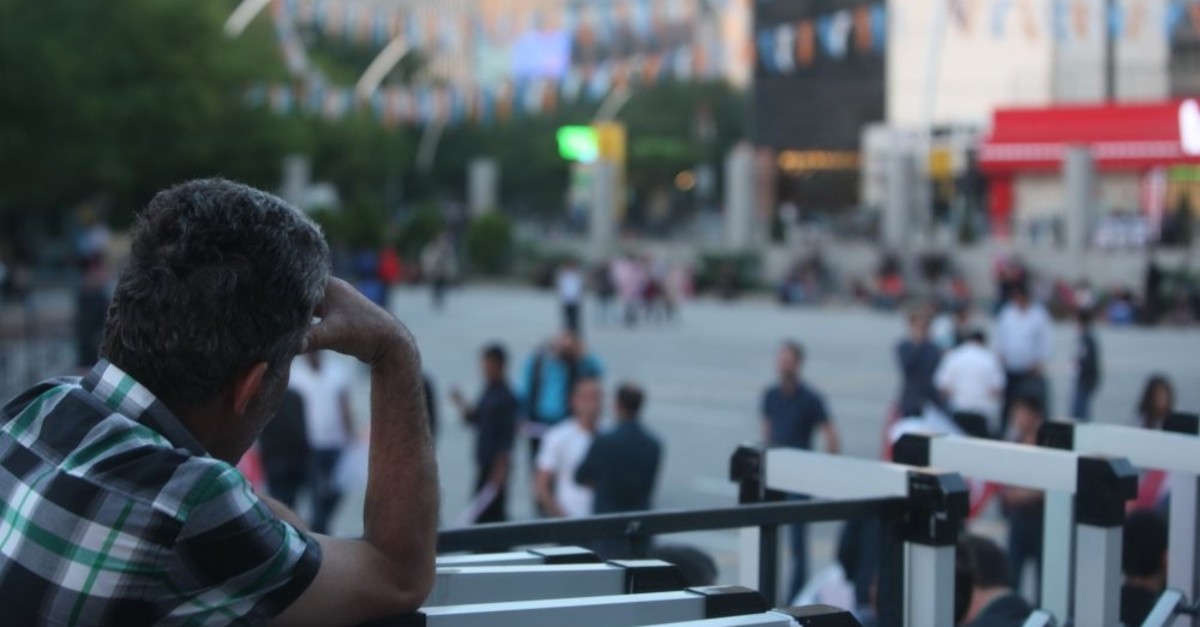 According to Optimar's survey, 67.7% of the participants expressed no need for new political formations in Turkey.
by Şeyma Nazlı Gürbüz Jul 30, 2019 12:15 am

Although new parties are rumored to be on the way for Turkey's political scene, a survey revealed that the people have expressed insignificant demand for new options

Rumors that new movements are on their way for Turkish politics have been circulating for some time, with certain figures, known mostly as dissidents from the ruling Justice and Development Party (AK Party), taking on the leading roles. While politicians and media outlets swarm with every kind of opinion over these developments, a certain group seems to have been left behind: the people themselves. "The biggest party in Turkey is still the AK Party," said İhsan Aktaş, the head of Genar Research Company, underlining the leadership power of President Recep Tayyip Erdoğan.

"As a leader, Erdoğan leaves all the other leaders behind," Aktaş expressed. Thus, according to Aktaş, there seems to be little demand from the people.

"If the AK Party manages to read society correctly once again, I do not believe that there would be such a need," he expressed, based on his research company's works on the issue.

Speaking to Daily Sabah, Adil Gür, A&G Research Company General Manager, also expressed similar opinions, highlighting the ongoing triumph of the AK Party among the others. "First of all, there is no

serious demand for a new party in Turkey. Whenever we ask during our surveys whether or not people think there is a gap in Turkish politics that needs to be filled with new movements, there are a small amount of people who express some kind of support for the new movements. Yet, when it comes to the elections themselves, we do not see such ideas reflected," he said. The main figures rumored to be making preparations for new political movements are the two former founders of the AK Party: Ali Babacan and Ahmet Davutoğlu. Babacan was in charge of the economy and also one of the founders of the AK Party. He made his intention to form a new political party more explicit following the March 31 local elections. In his resignation letter from the AK Party published in the beginning of the month, Babacan said there had been serious divergences between principles he believes in and the AK Party's policies in recent years, adding that the country has "a new, dynamic generation that has different expectations."

"In the conditions we are going through, Turkey needs a new vision for the future. Our country needs the right analyses, strategies and plans in every field," he said in the letter.

Davutoğlu, on the other hand, worked as both the foreign minister and prime minister of the country. Although many of his decisions have been heavily criticized following his term, Davutoğlu, like Babacan, also continued in the political scene and recently made critical statements about his former party, signaling his new stance. "Most of the people who vote for the AK Party are actually voting for Erdoğan; thus, neither Babacan nor the others would be able to steal large amounts of votes from the AK Party since they lack the Erdoğan factor," Gür further added. Yet, due to the requirements of the presidential system, even though the new parties do not stand a chance in beating the AK Party, they have the power to create problems.

"We transitioned to a new system last year that requires a party to receive 50%+1% of the votes to win an election. This means it is not important for a party to receive 5%, 10% or 49% of the votes if they do not receive more than half. However, these small percentages have the power to harm the possible winners," said Gür. "That is to say," he indicated, "A new party has the possibility to cause minimal damage to the People's Alliance even if there is no chance for it to receive large amounts of votes."

Underlining that a newly emerging party is regarded as a party that is not there to win but there to make others lose votes, Aktaş said the upcoming stance and policies of the AK Party will determine the strategy of the newly established parties. "The AK Party needs to take steps that show it understands people well. Even losing 1% is crucial in the new system but not losing it is in the hands of the AK Party. If the AK Party reads the signals of the people well, it can limit the new party to receiving the minimum number of votes," Gür also expressed.

In Gür's opinion, the economy will be yet another factor that might affect the voting percentages of the parties.

"Davutoğlu's stance does not reflect society. Babacan also does not have any value in the people's minds as apolitical figure. However, he has an image that identifies him with a good economy since he was the minister of economy during the early periods of the AK Party," he said, implying that in people's minds Babacan might have economic strengths.

Last week, Mahmut Övür, a columnist in Daily Sabah, wrote an article on the issue in which he reminded everyone that the main variable in the equation of politics is the people and the importance of their opinions. In order to get a feel for what people think, Övür mentioned a recent survey by Opitmar that aimed to shed light on the issue. According to Optimar, which conducted a survey in 26 provinces between the dates of July 13-15, some 67.7 % of the participants expressed that, in their opinion, there is no need for a new party in Turkey. The percentage of the ones who answered "yes" to this question was, however, 17.7 %.

The survey company also revealed that this view of the people had actually altered compared to last year. While the demand for a new party last year constituted 30-35 % of the participants, today the percentage has reduced by half. However, the survey also revealed that in some political parties, the demand for a new party is higher than others. Övür quoted Hilmi Daşdemir, the head of Optimar, who said the supporters of the Good Party (İP) and the Peoples' Democratic Party (HDP) are the ones who want to see the formation of new parties the most. "Within these two parties, the percentage of the ones looking for a new party is higher than 35%. In the CHP it is 27%, while in the AK Party it is 5%," Daşdemir said.

According to Övür, however, this scene being pointed out by Optimar leaves little room for Babacan or Davutoğlu's new parties. He also reports that rumors behind the scenes claim the two dissident figures decided to postpone the formation of their parties after seeing the survey's results.

The results of Optimar show that both figures seem to have a similar amount of support, which is mostly from voters of the CHP, İP and the Felicity Party (SP). Lastly, the company asked: "Who would you vote for if there was an election today?" The results showed that 41.8% would vote for the AK Party once again, which was followed by the CHP with 25.4%.

Speaking to journalists at the beginning of the month, Erdoğan said despite giving crucial positions to Babacan in the administration in the past and offering him some other posts after he left the economy management, Babacan refused and decided to part ways with the AK Party. Erdoğan high

lighted that some similar things had occurred in the past when some deputies left the AK Party to form splinter parties. "However," he added, "These attempts eventually failed."

"You probably remember some of them, for example, Mr. Erkan [Mumcu], but maybe not all of them. One of them, for instance, is now with Mr. [Kemal] Kılıçdaroğlu [the CHP's leader]. He ardently left the party, but his party failed," the president said, implying former Deputy Prime Minister Abdullatif Şener, who left the AK Party and announced the establishment of a political party in 2009 called the Turkey Party. Şener closed his party shortly after its founding in 2012 due to its failure to establish its political goals. He later joined the CHP.

The president also said he is disappointed in Babacan, Davutoğlu and former President Abdullah Gül for their lack of support for the party after their duties concluded.