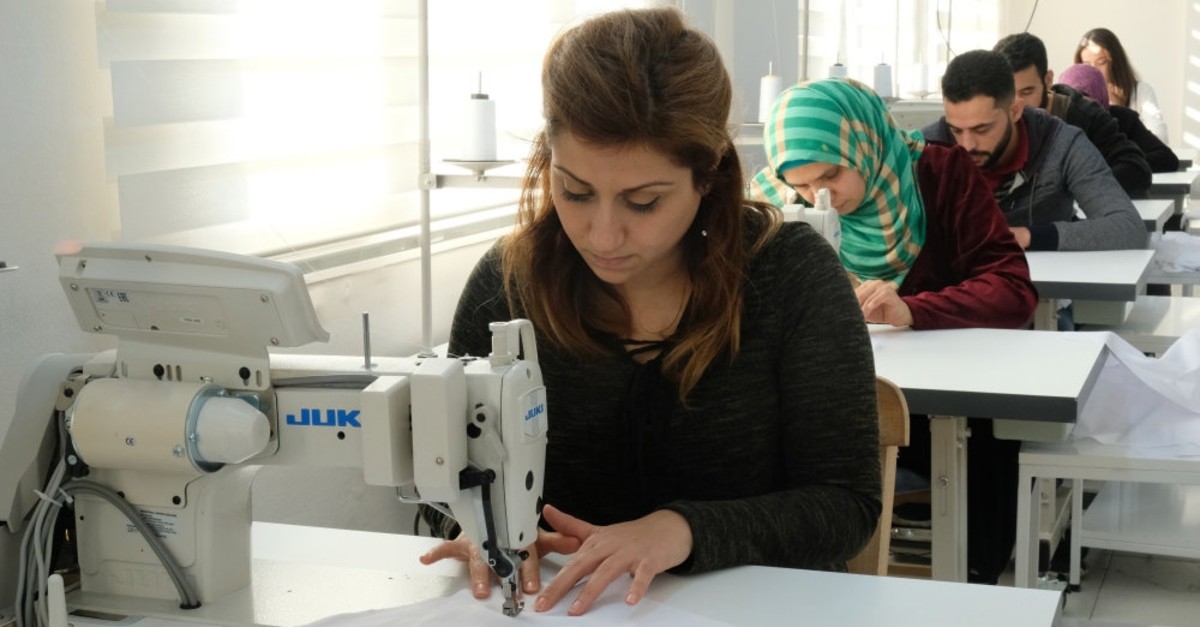 The Istanbul Governorate is getting ready to put an end to the exploitation of Syrian refugees working without any registration and insurance, hence creating difficulties for them as well as for the country's commercial capital.

With more than 100,000 unregistered and uninsured Syrian refugees working in Istanbul, the Governor of Istanbul Ali Yerlikaya said yesterday, "We will not allow anybody to exploit these refugees."

While 547,000 Syrians were registered in Istanbul, other Syrians have flocked to Turkey's largest city from other provinces. As the cultural and economic capital of Turkey, Istanbul appeals to illegal immigrants. However, unregistered migration leads to humanitarian, economic and security expenses. Illegal migration and unregistered employment are Istanbul's biggest problems. There are 3,634,000 Syrians in Turkey that have "temporary protected status" since 2011.

Turkey is home to some 4.5 million Syrian refugees who fled the civil war which has been ongoing since 2011 when Bashar Assad's regime brutally repressed peaceful calls for democracy.

Sharing a 911-kilometer-long border with its southern neighbor, Turkey has proposed establishing a safe zone in northern Syria to stop further refugee influxes into its own territory and into Europe, and to relocate Syrians living in migrant camps in Turkey while providing conditions allowing others to return.

"Employers who engage in exploitation will be subject to heavy fines," Yerlikaya added, saying that nobody has a right to let refugees work without insurance and social security. He said that for now, these employers have just been warned, however, after Aug. 26 these workplaces will be issued heavy fines. Some 6,000 workplaces have been warned as yet, the target until Qurban Bayram (Eid al-Adha) is to reach at least 45,000.

The governorate said that foreign nationals with legal rights to reside in Istanbul should keep their passports and/or their temporary protection identity cards at all times to be presented to security forces during routine checks. In cooperation with security forces and nongovernmental organizations (NGOs), the government has set up a road map in order to end the chaos and irregularity in the country, while protecting the rights of refugees, enabling them to legally work, get health services and education.

On July 22, the Istanbul Governorate issued a statement saying that unregistered Syrian nationals or those that registered elsewhere in Turkey will be transferred to provinces determined by the Interior Ministry.

"Syrians are under temporary protection," Interior Minister Süleyman Soylu said in an interview with Turkish broadcaster NTV, adding that those not registered in Istanbul were given a deadline of Aug. 20 to return to their official cities of registration.

It was noted that monitoring for travel documents will be carried out at all bus stations, train stations, airports and all other means of transportation throughout Istanbul and Syrian guests under temporary protection status without proper travel documentation will have to return to the provinces where they are registered.