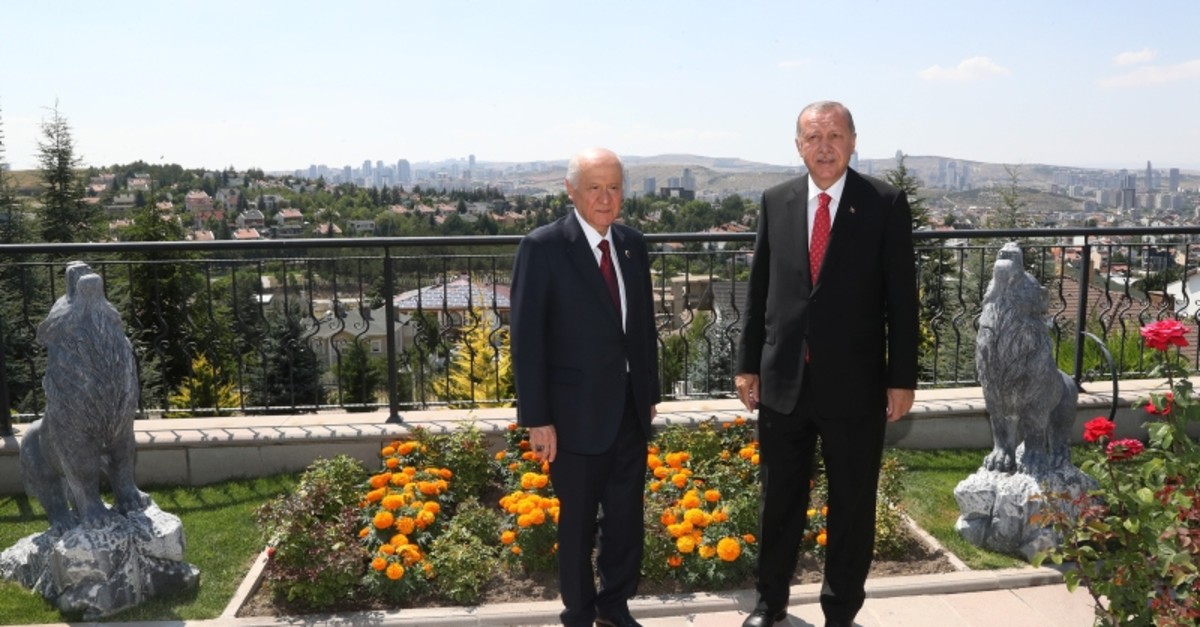 Erdoğan visited Bahçeli in his personal residence for about 30 minutes, according to the Presidential Communications Directorate.

The meeting was closed to the press.

Bahçeli's party and Erdoğan's, the ruling Justice and Development Party (AK Party), have been allies in recent elections and also vote together in parliament.