Turkey continues to care for Syrian refugees eight years on 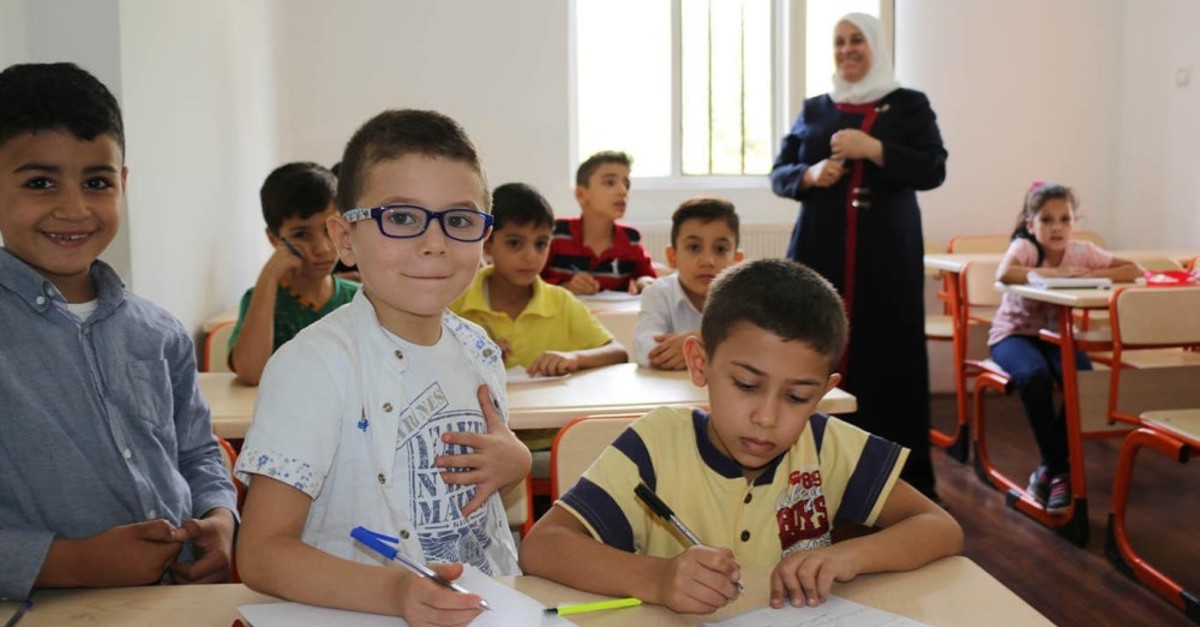 Syrian children living in Turkey have been integrated with the support of special education programs.
by Nur Özkan Erbay Aug 01, 2019 12:36 am

Speculations about the deportation of Syrian immigrants by force are based on false claims, Turkey continues its inclusive attitude by fulfilling humanitarian responsibilities

The latest operation to prevent irregular immigration of unregistered migrants in Turkey, particularly in the countries' most populous province of Istanbul, has been on the agenda in the last few weeks. However, headlines on social media such as "Turkey deports Syrians forcefully back to war zones" seem to be wrong after listening to experts and authorities on the matter. In accordance with Article 4 of the Law on Foreigners and International Protection (LFIP), which is in force in Turkey, foreigners who are considered to be unsafe and are subject to inhumane treatment or torture in their country are under the protection of the law and are not sent back to their country by force.

On the other hand, those who return voluntarily, are sent back going through specific procedures if their security is ensured.

Speaking exclusively to Daily Sabah, Abdullah Ayaz of the Ministry of Interior Directorate General of Migration Management said, "This country has made great efforts for eight years. Both our people and the government have made tremendous sacrifices. We have done exceedingly what has been necessary for these people fleeing from death, persecution and cruel treatment till today. We will not lose this endeavor under any condition and will not allow others to do so," pointing out that the perception about Turkey claiming "Syrians are deported by force" is unjust. 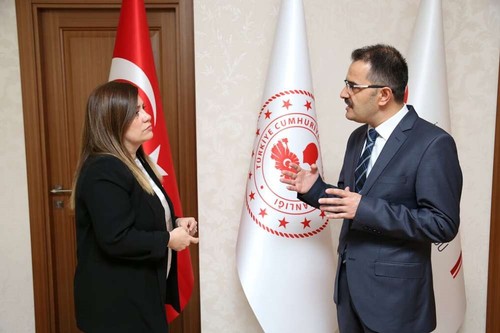 Ayaz, who considers allegations saying that 300-500 Syrians are forcibly deported in a country hosting currently 3.6 million Syrians as "irrational," said, "Forceful deportations are out of the question. We conform to the principle of non-refoulement regulated in Article 4 of the law. We do not deport any migrants who are considered to have no life safety, are subject to inhumane treatment or torture in their country. However, there are those who return to Syria voluntarily. This number exceeds 339,000 as of today."

The Temporary Protected Status of Syrians who do not abide by the date of Aug. 20, who are not registered and do not obey warnings, may possibly be suspended from this protection as a further option, but after consultations and the decision of the Interior Ministry.

The situation in Istanbul for Syrians

Elaborating on the latest developments in Istanbul: "There is not any kind of detention, taking to repatriation centers or deportation process for Syrians who own an ID and are registered in other provinces. We expect them to return to their provinces of registry within the given period. Unregistered Syrians are brought to camps where registration processes are undertaken," explained Ayaz on irregular migrant inspections that have been undertaken in Istanbul for 15 days.

Within the ongoing application, the proceedings of 12,000 irregular migrants have been made in approximately 15 days. Some 4,700 of those are Afghans and almost 3,000 are Pakistanis. The rest consist of irregular migrants of other nationalities. The number of unregistered Syrians for whom proceedings were started and were taken to camps for registration processes is only about 1,000.

"Our Interior Minister attaches great importance to the registration of foreigners. We want to have the fingerprint, photo and other data of a foreigner in our country. Thus, we do not tolerate unregistered migrants," Ayaz said.

"In fact, there is a confusion of terms. There are regular migrants in our country and these have working permission. More than 520,000 of these regular migrants exceed the number of 1 million living in Istanbul. Besides, there are Syrians under temporary protected status. Another category consists of those who applied for international protection, in other words, who applied for asylum in our country. The last category are irregular migrants. The initiative in Istanbul targets irregular ones," Ayaz explained.

According to the law, unregistered Syrians are registered in camps and taken to convenient provinces, yet, it is out of the question to deport or send back Syrians. Under Law No. 6458 on Foreigners and International Protection, the statement: "No one within the scope of this law shall be returned to a place where he or she may be subjected to torture, inhuman or degrading punishment or treatment or, where his/her life or freedom would be threatened on account of his/her race, religion, nationality, membership of a particular social group or political opinion," is enforced. Ayaz who answered the question of "Why now?" about the ongoing operations said, "In order to control mobility, we took every necessary precaution. Syrians can only reach emergency health services out of their provinces of registry. We put into practice a series of precautions including no ticket sales of travel companies and the cancellation of application for the Red Crescent Card financed by the EU fund."

"Despite of all this, we have seen that there is a shift to Istanbul particularly due to economic opportunities. Thus, we saw the necessity of such an application. Actually during the 'Data Updating Project' conducted in early 2017, we procured exemption for Syrians living de facto out of their provinces of registry and updated their registrations in those provinces. In the name of regulating mobility, we procured such a one-time only exemption," he said.

'Istanbul closed to registration due to density'

Ayaz explained that if a Syrian wants to move from the province of registry to another province, they have to obtain a document of permission by applying to the Provincial Directorate of Migration. He stated that Syrians have to go back to their provinces of registry after the expiration date of the document of permission. "Our minister also announced this. Istanbul is closed due to density. We do not accept new registrations for a long time other than exceptions. These exceptions include health and education reasons."

Half of Syrian refugees fled from YPG-held areas

Ayaz said that half of the Syrians who sought refuge in Turkey fleeing from their country came from Aleppo and its surroundings, escaping the cruelty of the Assad regime, the rest from terrorist organizations such as Daesh-controlled Raqqa and lastly from areas controlled by PKK and its affiliate the People's Protection Units (YPG).

"According to our records, nearly 56% of the incoming population were from Aleppo and its surroundings, of course its proximity to the border is an important factor, and the rest are from Raqqa and its surroundings. Again, there are Syrians coming from the region of Idlib, Hama and Homs. However, we can say that more than half of the population comes from Aleppo and its outskirts. The reason for that is the cruel stance of the regime against its own citizens, especially the occupation of Raqqa and some other provinces by Daesh and the oppression of the people there. Undoubtedly, it can also be added that the PKK and YPG homogenize the region and have a common policy of displacing other ethnic groups here, forcing them to migrate and clear out their homes," he said.