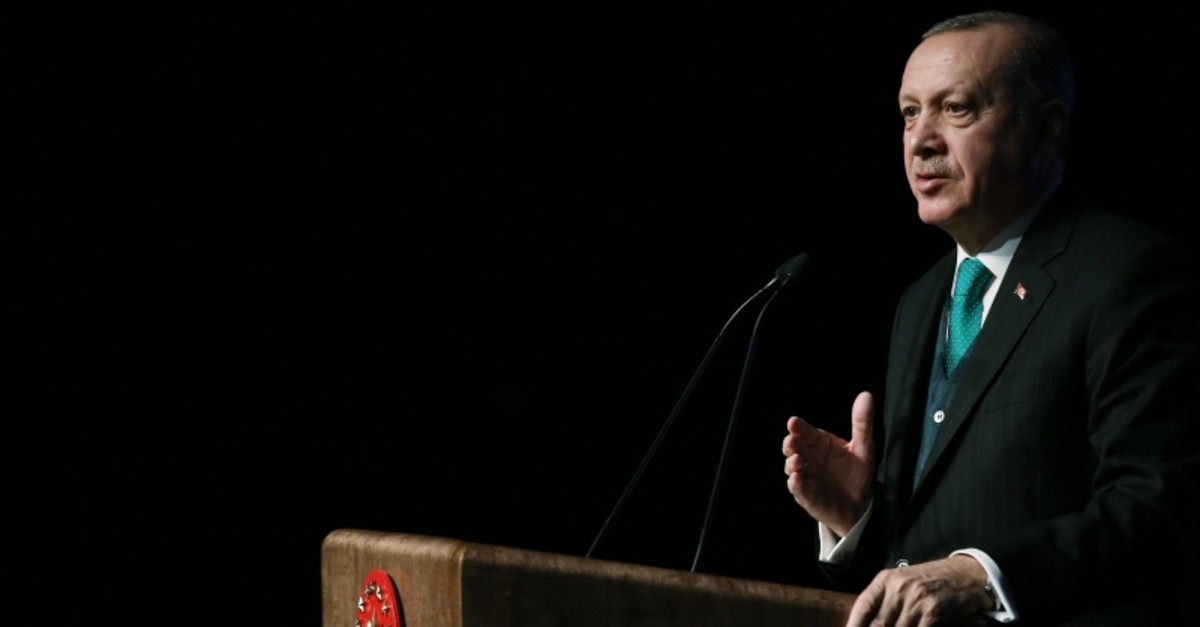 President Recep Tayyip Erdoğan issued a message for Qurban Bayram (or Eid al-Adha in Arabic) on Saturday, wishing blessings to the Muslim world and humanity.

"I hope that Bayram brings blessings to the Turkish nation, the Muslim world and humanity," Erdoğan said in a video message released Saturday.

The president said the nation has overcome many difficulties including terror attacks as well as the recent economic hardship, adding that it will continue to do so.

""We will continue to let those down who use many methods from terrorist attacks to economic traps to stop Turkey in the period ahead of us," he said.

"As a country, we are opening the doors to our future a little more and getting close to our targets with every step achieved in democracy, economy, and defense," Erdoğan added.

"Today our greatest strength is our unity, togetherness, and brotherhood as it has always been in these lands where we have lived for a thousand years" Erdoğan noted.

The country has experienced many victories in August throughout its history, he said, referring to the Victory Day, the 1922 defeat of Greek forces, which falls on Aug. 30 and Turkey's counter-terrorism operation Euphrates Shield which was launched in August 2016 in Syria.

"I hope we will add a new circle to our chain of victories this August," Erdoğan said.