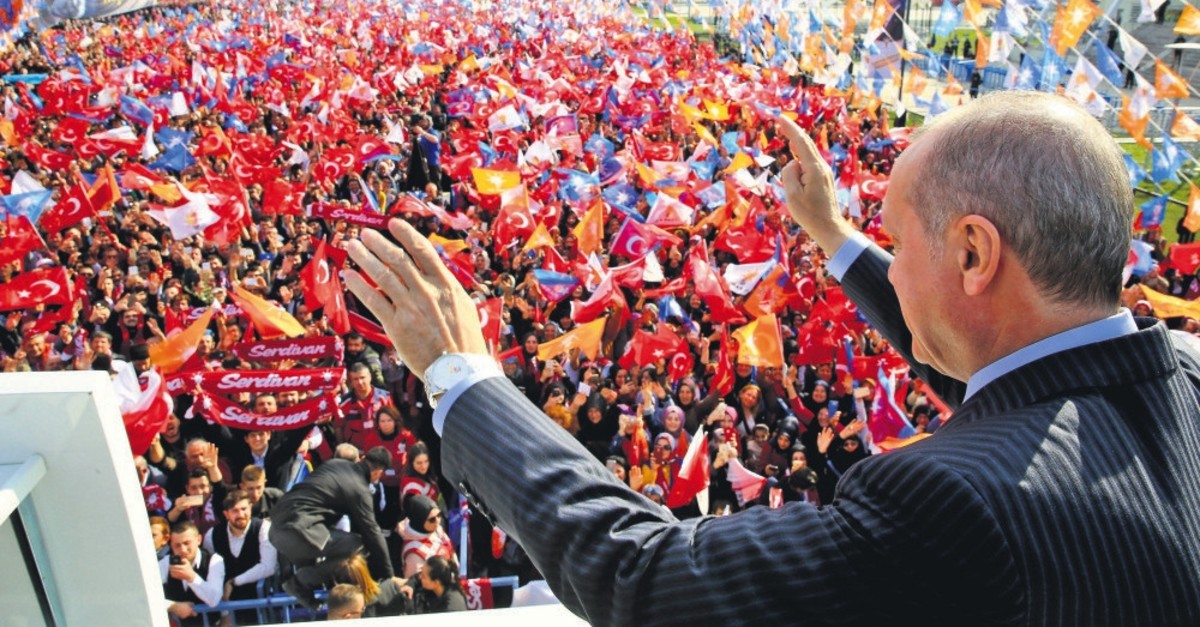 The ruling Justice and Development Party (AK Party) will hold a ceremony to mark its 18th anniversary on Friday at its headquarters in Ankara.

A thousand party members including mayors, heads of youth branches and founding members are invited to the ceremony, where President Recep Tayyip Erdoğan is expected to deliver a speech. The party actually marked its foundation anniversary last Wednesday, however, due to Qurban Bayram (Eid al-Adha), the administration decided to postpone the ceremony for a week.

Founded on Aug. 14, 2001 under the leadership of Erdoğan, the AK Party has become the most successful political party in modern Turkey's democratic history with its successive election victories and has led reforms that upgraded the country's democracy and economy standards. Transforming Turkish politics for the last 18 years, the AK Party has been preparing to lead new reforms that will enable Turkey to reach its 2023 targets. Only one year after its foundation, the AK Party marked an enormous achievement in the first general elections, garnering 34.3% of the vote in the Nov. 3, 2002 elections and earning 363 seats in Parliament.

Since then, the AK Party has never lost an election. In the last 17 years under the AK Party administration, Turkey has witnessed rapid development in many areas – including economy, democracy, individual liberties and rights, health and educational services – in a stable political environment. President Erdoğan, who is the chairman of the party, yesterday released a message to mark the 18th anniversary of his party's founding. Underlining that the AK Party is not only a political party, it is a people's movement, Erdoğan said, "My friends, yesterday is done and gone. Today is a new day. This is the day to take to the roads again for a bright Turkey and our future." Erdoğan also stated that the AK Party will continue to lead Turkey's reforms in line with the country's 2023 targets.