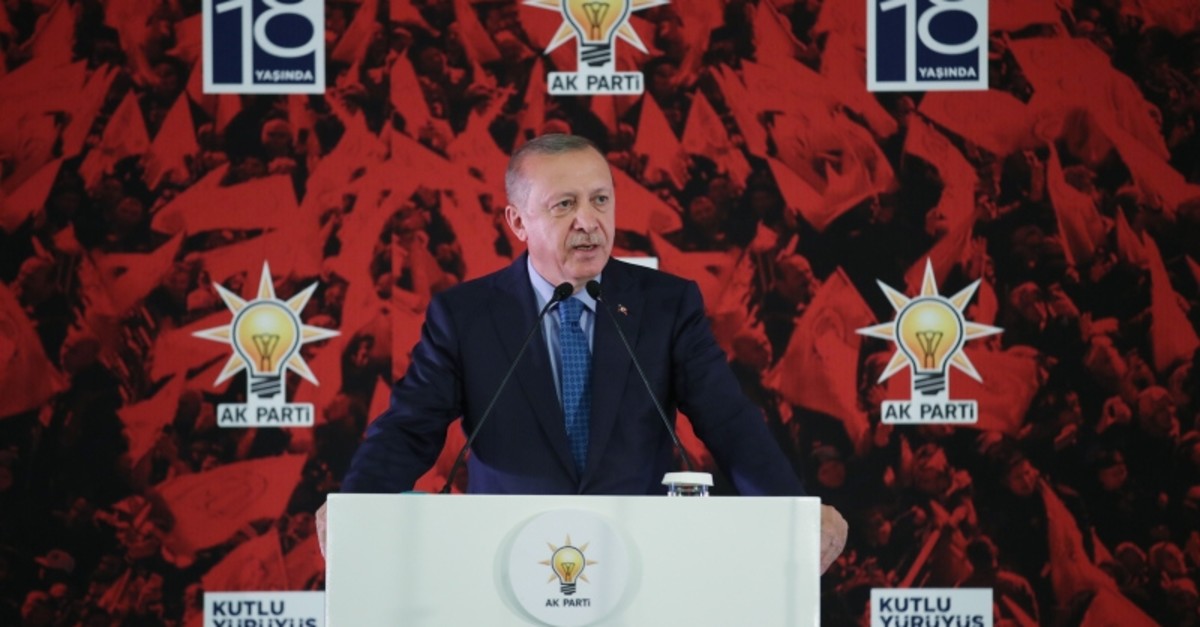 President Recep Tayyip Erdoğan pledged to strengthen and address the aspects that need to be improved about the presidential system at the 18th anniversary ceremony of the ruling Justice and Development Party (AK Party) on Friday.

"Extensive work has been conducted to develop and address the aspects that need to be improved about the presidential system," Erdoğan told party members.

The AK Party launched comprehensive citizen surveys to get a sense of people's opinion regarding the presidential system, which was implemented following a referendum in 2017.

The president also touched upon the congress process, which is expected to prepare the party for the 2023 elections.

Erdoğan also reiterated that the AK Party will strive to keep the People's Alliance with the Nationalist Movement Party (MHP) alive.

The People's Alliance between the MHP and the AK Party was formed ahead of the June 24 parliamentary and presidential elections. The alliance received a majority in Parliament, while their presidential candidate, Erdoğan, also won the election by 52.6% of the vote.

The parties continued with the alliance in the recent local elections and obtained 51.64% of the votes.

"Turkey could not stand idly by as the mayors of Diyarbakır, Van, Mardin (dismissed over terror charges) sent public funds to PKK terrorists in Mount Qandil rather than spending it for the people," Erdoğan said.

The mayors of Diyarbakır, Mardin and Van provinces — Adnan Selçuk Mızraklı, Ahmet Türk and Bedia Özgökçe Ertan, respectively — have been suspended for supporting terrorism. State-appointed governors will temporarily replace the suspended mayors as trustees in those provinces.