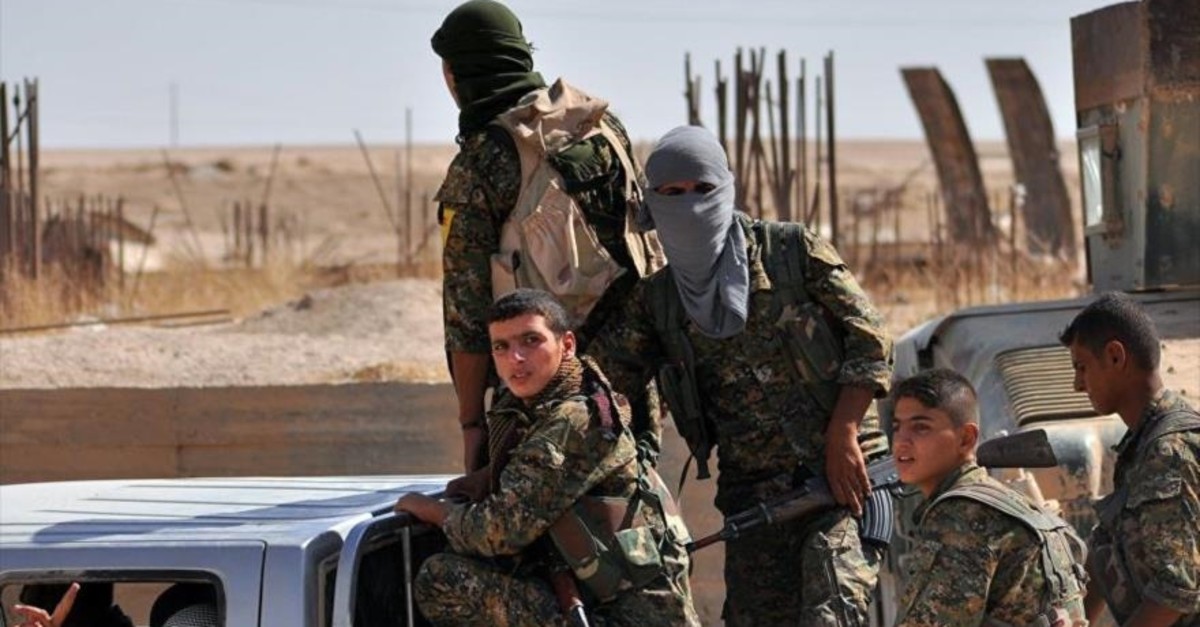 The World Council of Arameans (Syriacs) has become the latest non-governmental organization to speak out against the Democratic Union Party (PYD)'s and its armed wing the People's Protection Units (YPG)'s intimidation, threats and oppression against Christians of northeastern Syria, revealing the terrorist group's most recent tactic to instill fear in the minority community and spread lies about Turkish operations.

In a statement released Friday, the council said a few Syriac organizations that claimed to represent Christians in the region were acting as front organizations for the YPG, spreading misleading, fearmongering messages that portrayed Turkish forces as invaders trying to "exterminate the last Christians in this region."

These Syriac proxies of the PYD/YPG, as described as the WCA, went as far as claiming that "more than 100,000 Syriac Christians…will be killed or driven away if Turkey invades." The WCA said these shocking headlines and claims bore no truth.

Commenting on a particular report, the WCA debunked an allegation that "the churches of Afrin were burned and the Christians and Yazidis there were hunted down" in Turkey's cross-border counterterrorism operation last year, saying that there weren't even any Syriac churches there.

Stating that they found the overinflated figure the YPG gave for the number of Kurdish Christian families "doubtful," the council said even if it were true, the number probably included "Aramean teens snatched from the streets" by the YPG/Asayesh in the Hasakah governorate and "sent against their will to Afrin as human shields."

"Many of the region's Aramean Christians, who typically are against foreign interventions, rather unexpectedly entertained a latent hope that Turkey will cross the border to finally halt the nationalist Kurdistan "project" (as the YPG leaders call it), teach the Kurdish separatists lessons of humility and give them a reality check, even hoping that governance will be returned to the local populations including the Arabs (the majority), the non-YPG allied Kurds and the non-YPG affiliated Aramean (Syriac) Christians," the WCA added.

Underscoring that (Aramean) Christians in northeast Syria have been complaining about "the authoritarianism of the YPG and its separatist agenda" for years, the council invoked some atrocious examples.

"The military arm, the security forces or the proxies of the Kurdish PYD/YPG/Asayesh have murdered young Arameans, while beating up elderly teachers almost to the point of death. They have intimidated, threatened and fired warning shots at the residences of the region's Syriac Orthodox (in 2016) and Syriac Catholic Bishops. They have frequently kidnapped, tortured and exploited Christian youths. They have illegally seized lands, properties and villages of defenseless Arameans and Armenians. And more than once, they have attempted to close down, seize and Kurdify Christian schools."

By committing such acts of terror, the PYD/YPG aims "to tacitly cleanse the area of its native populations and to transform northeast Syria into a Kurdish region," the council said.

The same view was expressed last year by Johnny Messo, a Dutch-Assyrian politician who has been serving as president of the council since 2009.

"The YPG talks about democracy, human rights and free will, but they do not uphold these ideals and forcefully kidnap children from their families and arm them," Messo had said, stating that the YPG was forcefully kidnapping and recruiting Assyrian, Kurdish and Arab children to fight for them and was violating the rights of the local population.

The WCA also slammed the West's attitude when it comes to matters concerning 'fellow Christians'. When issuing 'call for prayers' for Christians in the region, the West never spoke out about "the fact that numerous Arameans (Syriacs) have already left Syria because of the YPG tyranny," the WCA said, adding that those who can't leave or wish to stay still have to fight against the YPG's oppression daily to find safe shelters outside Hasakah.

In September 2018, Jacques Behnam Hindo of Al Hasakah-Nisibi, the local Syriac Catholic Archbishop, had urged the West to stop remaining silent, saying: "For years I have been saying that the Kurds are trying to eliminate the Christian presence in this part of Syria. … Kurds make up only 20 percent of the population, but, thanks to Western support, [they] are disproportionately represented in the local government…"

In remarks criticizing the U.S.' support of the YPG, the WCA said that although the international community applauded "Kurdish nationalists" for joining in the fight against Daesh, this can no longer be an excuse to continue arming the YPG/PYD, especially if a peaceful solution in line with Syria's territorial integrity wants to be achieved.

This can never "justify their dictatorial conduct against the local vulnerable groups," it added.

The WCA's most recent statement joins a plethora of others urging the international community to hear the voices of the oppressed minority and see the YPG/PYD's atrocities.

The foundation said the terrorists went as far as kidnapping Assyrian youth, closing down their community's schools and forcing most of them to leave Syria, calling for immediate action against the terror threat posed by the PKK's Syrian affiliates.

It also reiterated the Assyrian community's support of Turkey's planned operation against the YPG, underlining that "all measures need to be taken" to prevent harm to Christian groups living in the region.

Syrian Christians have long been critical of the oppressive practices of the YPG in northern Syria. In August 2018, the Armenian and Assyrian private schools in the town of Malikiyah, also known as Derik in Kurdish, were also closed on Aug. 7 with decrees issued by YPG-linked local education authorities citing that they did not take necessary permissions or abide by the curriculum. Following the decision, Syrian Christians gathered in the center of Qamishli and demonstrated against YPG rule.

Groups like the Human Rights Watch, Amnesty International, the KurdWatch, as well as the United Nations have reported that the YPG have used child soldiers, forcefully recruited members for combat, forcing people out of areas under its control, carried out arbitrary arrests and confiscated property, which led to major demographic changes.

Turkey has long argued against U.S. support for the YPG in the fight against Daesh, arguing that the YPG has organic links with the PKK, and that a terrorist group cannot be defeated by another one.

The PKK, listed as a terrorist organization by Turkey, the U.S. and the EU, has been responsible for the deaths of some 40,000 people, including women and children in its more than 30-year terror campaign against Turkey.