US preparing to send 150 troops to support Turkey in northeast Syria: report 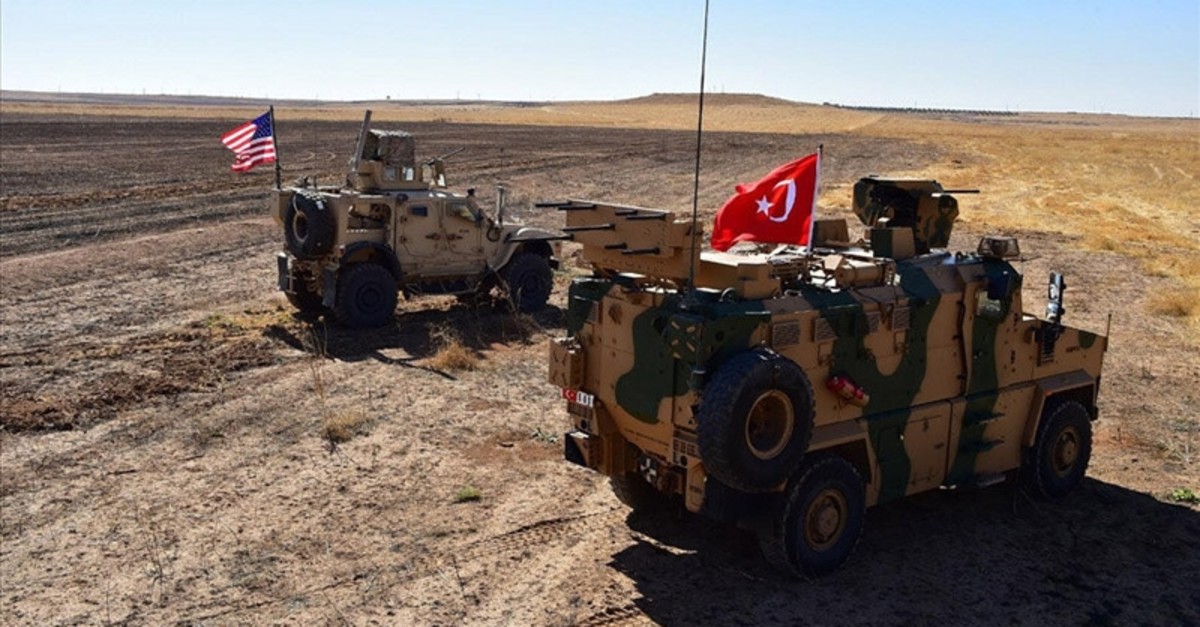 The United States is preparing to send around 150 soldiers to northeastern Syria to conduct joint patrols with Turkish troops, according to a report Thursday.

The New York Times (NYT) was the first to report the Pentagon's plans, which would be another step by Washington to ramp up partnership with Turkey over its reiterated concerns about ongoing U.S. support to People's Protection Units (YPG), the PKK terror group's Syrian affiliate.

Turkey-U.S. cooperation in Syria has recently intensified after the two countries agreed on Aug. 7 to establish a safe zone east of the Euphrates River in northern Syria.

It also includes measures to create a safe and stable living space for Syrian refugees returning from Turkey. Turkish officials have frequently said another refugee wave was quite possible due to the continuous regime attacks, particularly in northwestern Syria's Idlib.

Hosting over 3.6 million Syrians, Turkey is the world's top refugee-hosting country at the moment and plans to settle about a million of them back to the peace corridor to be established in northern Syria.

The U.S has nearly 1,000 troops in Syria, mostly partnering with the Syrian Democratic Forces (SDF), the YPG-led group with which it partnered purportedly in its fight against Daesh.

U.S. President Donald Trump in December ordered a drawdown of U.S. troops in Syria, but the Pentagon's newest plans may signal a temporary reversal.

Final approval of the deployment awaits the success of joint ground patrols with Turkey in the coming days, military officials told The Times.

U.S. military and diplomatic officials declined the NYT's request to comment on the possible deployment.

A senior administrative official had told the NYT last month that Washington would "provide forces necessary" for joint patrols in northeastern Syria, noting that a few dozen troops are carrying out similar patrols with Turkish soldiers in Manbij. But the official was not clear on whether the forces provided would add to the overall number of U.S. troops in Syria or simply replace troops being sent home from SDF-partnered activities.

Turkish and U.S. armed forces on Thursday started their fourth joint helicopter flight for a planned safe zone east of the Euphrates River in northern Syria.

U.S. and Turkish officials cautiously hailed the actions of the week, while remarking that more substantive steps would be required to make significant progress.

Top Turkish officials, including Foreign Minister Mevlüt Çavuşoğlu, remarked that Turkey and the U.S. are not totally on the same page despite agreements.

Brett McGurk, the former U.S. special envoy to the anti-Daesh coalition in Syria, expressed similar skepticism in an email to The New York Times: "This is a worthy diplomatic initiative but it needs to be resourced. As with most things in Syria these days, we seem to have increasing policy goals under a president that wants to cut resources and leave. Where ends and means don't align, failure often follows."

Turkey has undertaken several successful military offensives into northern Syria, such as Operation Olive Branch and Operation Euphrates Shield, to eliminate terrorists along the border, including the YPG and Daesh. Another unilateral intervention east of the Euphrates remains a strong possibility.

The possibility of a unilateral intervention originates from Turkey's doubtful view toward the U.S., which has in many cases sided with PKK-affiliated groups instead of responding to its NATO ally's security concerns.

Before the safe zone deal, Turkey and the U.S. agreed on a road map in June 2018, foreseeing the withdrawal of the YPG from northern Syria's Manbij and initiating joint Turkish-American patrols, which eventually began last November. However, the process has been sluggish as the terrorist group maintains a presence in the city despite the three-month timetable set to implement the deal.