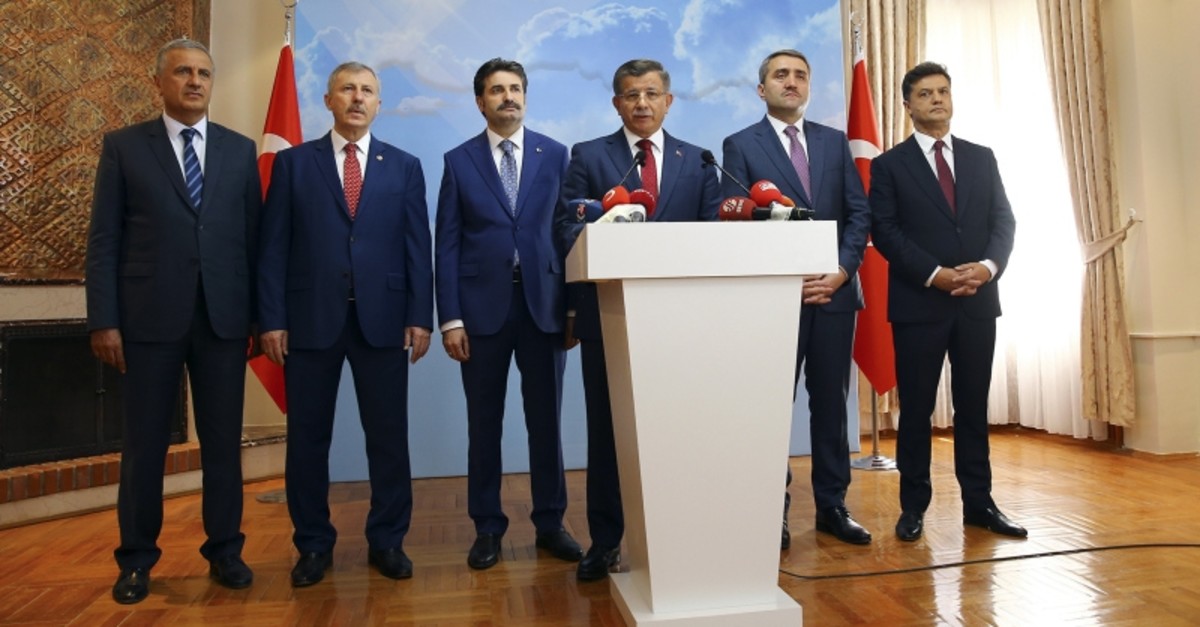 In a press conference held in capital Ankara, Davutoğlu said he submitted his resignation to "save the AK Party supporters from the sadness of seeing their chairman get expelled from the party."

The former prime minister accused the AK Party administration of moving away from the party's founding principles while citing his efforts for constructive criticism within the party to prevent a possible split.

Davutoğlu, who resigned from party leadership in May 2016 after a growing rift with the party organization, issued an open criticism in the wake of the March 31 local elections. He is outspoken about the government in his recent interviews, criticizing some aspects of the presidential system and hoped to convince some AK Party figures to jump ship.

"Building a new political movement and departing for a new road is both a historic responsibility for us and a requirement of our obligation to our nation," Davutoğlu said, hinting at the establishment of a long-rumored a new party.

The 60-year-old served as prime minister and AK Party chairman between August 2014 and May 2016. Serving as then-Prime Minister Recep Tayyip Erdoğan's foreign policy adviser between 2002 and 2009, Davutoğlu was named foreign minister between May 2009 and August 2014. He also served as an AK Party deputy from Konya for three terms between June 2011 and July 2018.

In a recent interview, Babacan said that his movement, apparently distancing itself from Davutoğlu, aims to establish a new party before 2020.