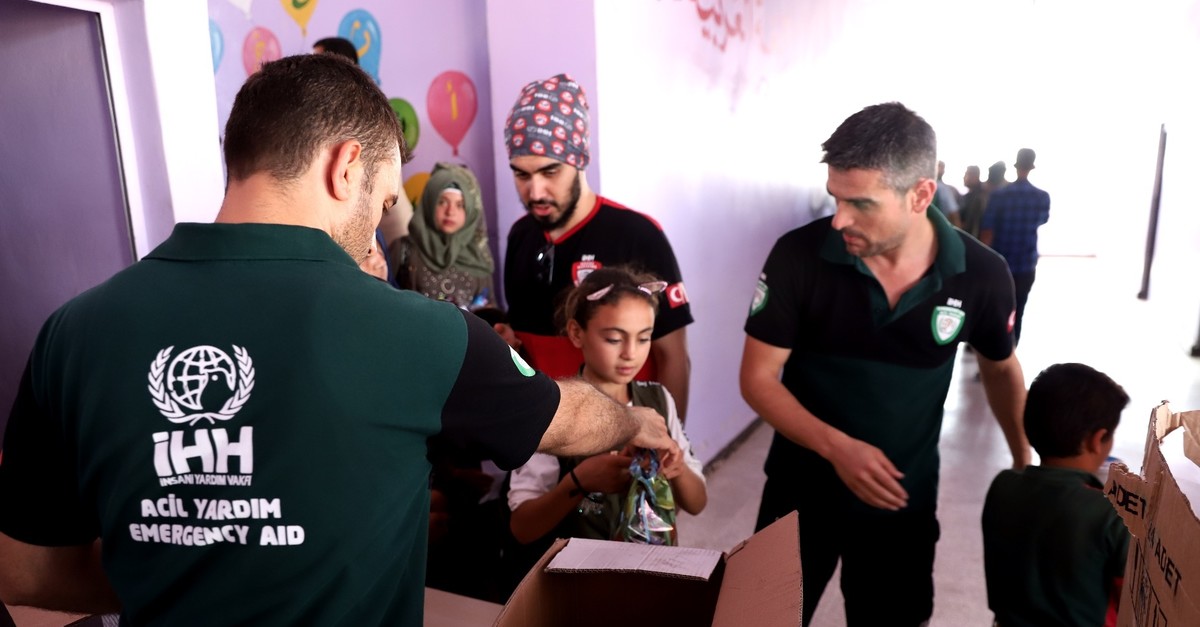 The long Syrian civil war has left many Turkish state agencies and nongovernmental organizations (NGOs) with great knowledge and experience in regards to humanitarian aid, providing urgent deliveries to those in need and accommodating millions of refugees within and near Turkey's borders. Now, as Ankara pushes diplomatic efforts to find a political solution to the civil war and prevent a possible offensive in northwestern Syria's Idlib, organizations such as the Turkish Red Crescent (Kızılay), the Disaster and Emergency Management Authority (AFAD) and the Humanitarian Relief Foundation (İHH) have increased their efforts in response to a possible refugee wave along the Turkish borders.

"Since the beginning of August 2019, we have provided food, urgently needed packages, tents and tent furniture, which 150,000 internally displaced Syrians have benefited from in Idlib," the İHH media coordination team told Daily Sabah.Since the civil war broke out in 2011, the NGO has lent support to Syrians affected by the conflict via its 10 coordination centers. The amount of aid delivered by the organization has reached $400 million.

Since bombardments intensified in April, causing the displacement of hundreds of thousands of locals, the number of people living near the Turkish border has reached about 1.2 million. Most locals fled from northern Hama's villages and southern Idlib's towns including Khan Sheikhoun, Maaret al-Numan, Jisr al-Shughur and Saraqib.

Despite eight months of calm provided by the Sochi deal between Turkey and Russia in September, the regime, backed by Moscow, intensified its attacks in April under the pretext of fighting Hayat Tahrir al-Sham (HTS) terrorists holed up in Idlib. Since then, the situation has gotten even worse, taking the lives of innumerable civilians. Residential areas have been destroyed by indiscriminate attacks, numerous educational facilities and health facilities have collapsed or have become unusable after being targeted by bombs.

Internally displaced locals in Idlib mostly migrated in and around the Atmeh camp near the Turkish border. According to reports, the population of the refugee camp, which has a capacity of 600,000 people, reached 1 million in the last three months due to the mass exodus from Idlib. The mobilization of local people also prompted fears of a new refugee crisis as Turkey, a country that already hosts nearly 3.6 million Syrian refugees, is unlikely to be able to admit newcomers due to the grave economic burden.

Last month, officials from Kızılay told Daily Sabah that "after the latest developments, most displaced families migrated to their relatives in northern parts of Idlib, while some arrived at Atmeh camp and started living together. We are building new tents to prevent packed living conditions by providing a living room for each family, along with catering to urgent humanitarian needs."