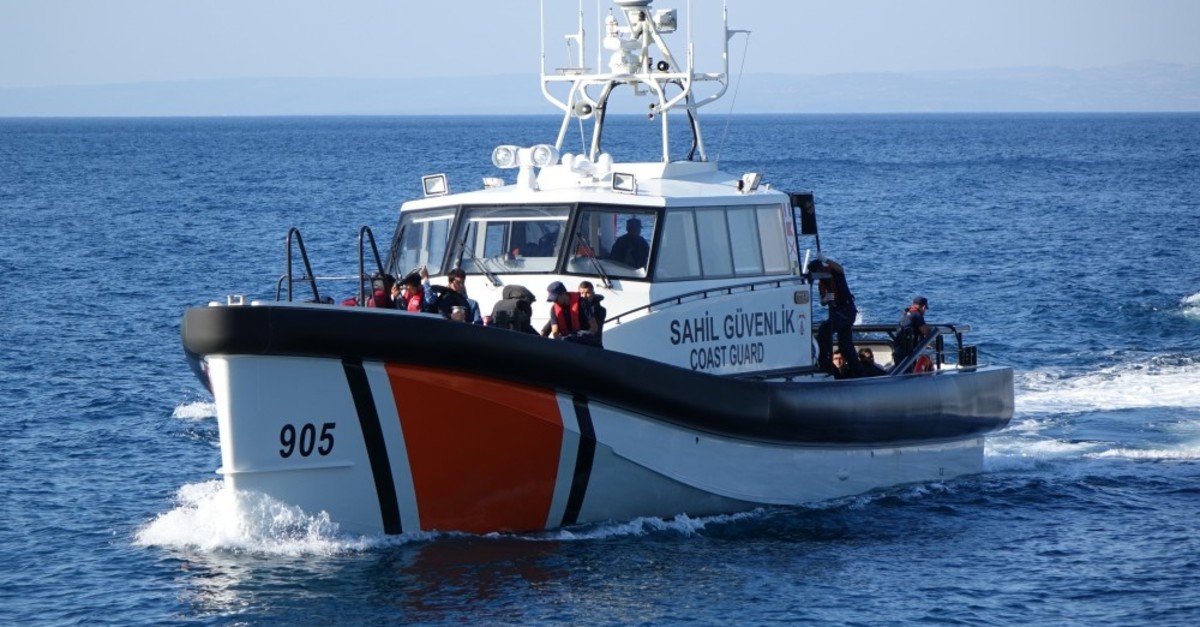 Europe has remained silent on its failure of implementing the 2016 migrant deal, despite Ankara's strong statements warning of a refugee flow

The refugee crisis that the world faces due to the ongoing Syrian war has caused tensions between countries which host large numbers of Syrian refugees and those that remain rather ignorant to the problem. As the country with the most Syrian refugees, nearly 3.6 million, Turkey expects both international support for the establishment of a safe zone in northern Syria and Europe's financial aid promised in the 2016 deal. Should Europe fail to provide Turkey the remaining amount of the financial support or to assist the safe zone, Turkey will have to think of alternative solutions, including opening Europe's gates to the refugees. However, despite this strong possibility of a refugee flow to the continent, European countries still prefers to remain silent instead of fulfilling their responsibilities toward Turkey, risking the future of the migrant deal between the two.

"This [the fulfillment of Turkey's expectations over refugees] either happens," President Recep Tayyip Erdoğan said in a speech on Sept.5, "or otherwise we would be forced to open the gates." Yet, it seems like the strong words from the president have not been projected to Europe properly since the response was surprisingly light and even indifferent at some points. EU Spokesperson Natasha Bertaud just said upon this that "the EU believed in further cooperation with Turkish partners and that the EU provided substantial support to Turkey for the refugees. 5.6 billion euros out of 6 were already given while the rest would follow soon."

"If Turkey would no longer follow the agreement with the European Union, this would be a loss to both sides. The European Union is currently better prepared for a big inflow of refugees than it was in 2015, but it would still be a major problem, both economically and politically. It would deteriorate the relationship between Turkey and the European Union," Panu Poutvaara, director of migration studies at the Munich-based Institute for Economic Research (IFO) told Daily Sabah on the issue, portraying the seriousness of the case for the Europe, despite the continent's ongoing oblivion over it.

In recent years, Europe is going through a period of uncertainty with Brexit, rising far-right powers and economical instabilities. Ursula von der Leyen has not yet brought her new EU Commission to the European Union while the old team of Jean-Claude Juncker is packing its bags. Four years after the refugee crisis of 2015, another one could be too much for European citizens.

The 2016 EU-Turkey deal helped to ease the crisis on Greek islands near Turkey, whose facilities were overwhelmed by a refugee influx in 2015. The numbers of refugees and migrants coming from Turkey have been significantly reduced as a result. It was agreed that irregular migrants arriving on the Greek islands from Turkey who do not apply for asylum or whose application has not been accepted may be returned to Turkey. But that rhythm changed this August, the busiest month in more than three years, feeding fears of a new wave of mass migration across the Aegean Sea as the attacks by the Bashar Assad regime in north-western Syria's Idlib have intensified as of April and become worse in August. The increasing numbers reportedly have pushed Turkish government to get a stricter stance. "The situation in Syria is very bad. I am afraid that neither the European Union nor Germany has a good plan on how to handle the situation. Europe can contribute mainly by providing financial and humanitarian assistance," Poutvaara continued his words.

Ankara reaches its capacity on refugees

Speaking to Daily Sabah, Heinrich Böll Foundation Turkey representative Kristian Brakel said "While President Erdoğan has reason to point to the strain put on Turkey in hosting millions of refugees, in the end there is no good answer to this dilemma, Turkey's economy does not have the capacity to integrate all these people and to expect that much is an unrealistic scenario."

Ankara has spent nearly $40 billion so far, during the eight years it has been hosting Syrian refugees. Facing the risk of a new refugee wave, the government recently put forth safe zone plan as the best option since an alternative scenario would be a heavy burden on the country. With the establishment of the zone, the area would be cleared of terrorists, enabling Syrians to resettle home and live in an atmosphere of peace and stability.

"However while many refugees will want to leave to Europe, many want to stay in Turkey, as they want to remain close to their homeland. That puts both Turkey and the EU in a situation where working together for the unforeseeable future is a must. The EU must do more to support Turkey and this is a long-time engagement," Brakel said about the refugees. Indeed, since the Turkish government has provided refugees with enormous rights regarding education, work, health and more, many Syrian refugees started to see Turkey as their home and settled here for years when the country opened its doors for those who fled the civil war that broke out in 2011.

Stating that the refugee crisis is one of the most urgent issues the EU has to solve, German Foreign Minister Heiko Maas stated on Monday in Berlin "We still watch concernedly scores of people coming to Greece from Turkey especially by sea. We back the EU-Turkey deal and we will realize our commitments." Ankara and Brussels signed an agreement in March 2016 to find a solution to the influx of refugees heading to the union. According to the deal, Turkey was promised a total of 6 billion euros in financial aid, which was initially designed to be given to the country in two stages to be used by the Turkish government to finance projects for Syrian refugees. Visa freedom for Turkish citizens was also promised to be provided under the agreement. Lastly, the customs union was also to be updated in accordance with the deal. In exchange for these promises, Turkey took the responsibility of discouraging irregular migration through the Aegean Sea by taking stricter measures against human traffickers and improving the conditions of more than 3.6 million Syrians living in Turkey.

Although the first stage of the funding was provided to the country, based on the commission's progress report on migration, the EU failed to provide the rest of the funding and did not fulfill its other promises within the given time frames.