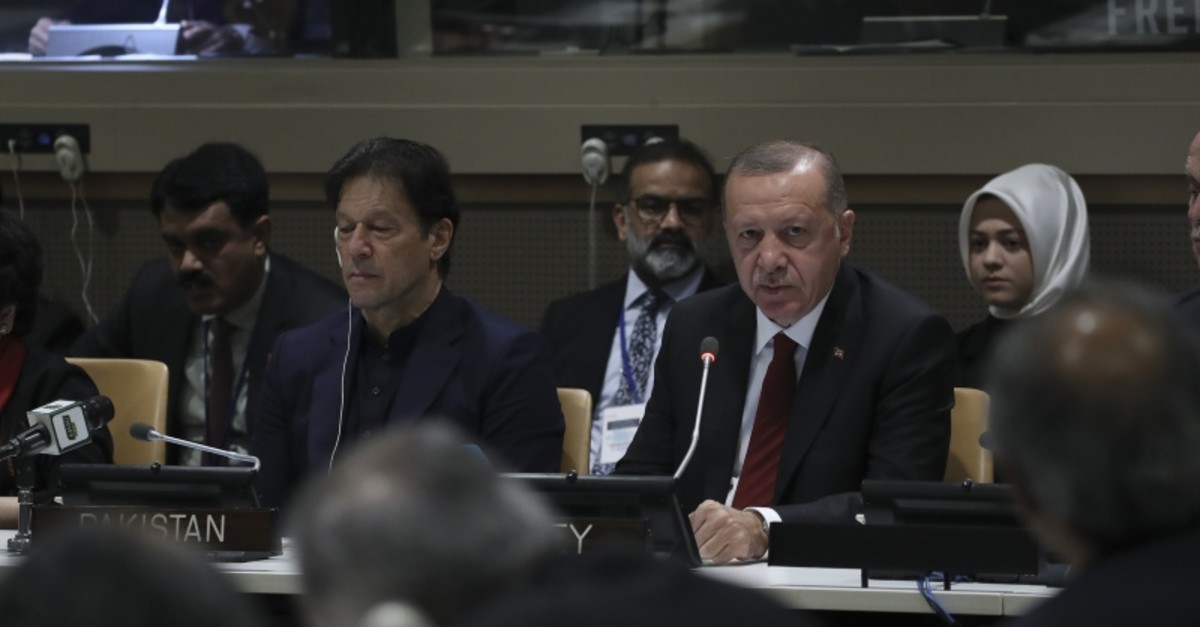 Hate speech should never be confused with freedom of thought, President Recep Tayyip Erdoğan said at a U.N. event on countering hate speech.

Speaking at the event, Erdoğan suggested a platform to be established by the U.N.

"Turkey supports the establishment of a database on hate speech at the U.N.," Erdoğan said.

The president highlighted that hate speech has become the most frequently used tool to spread Islamophobia, racism and xenophobia.

He criticized politicians for "normalizing" hate speech through posts they share on social media.

Erdoğan pointed that Muslims are more likely to experience attacks based on hate speech.

"Muslim women are harassed on the streets, at the market or at the workplace just because they cover their heads," Erdoğan said.

The president expressed Turkey's determination to contribute to efforts to fight Islamophobia, racism and hate speech.

Regarding the issue of Kashmir, Erdoğan said it has turned into an open-air prison because of India's restrictions in the region. He urged countries and organizations to take action regarding the matter.