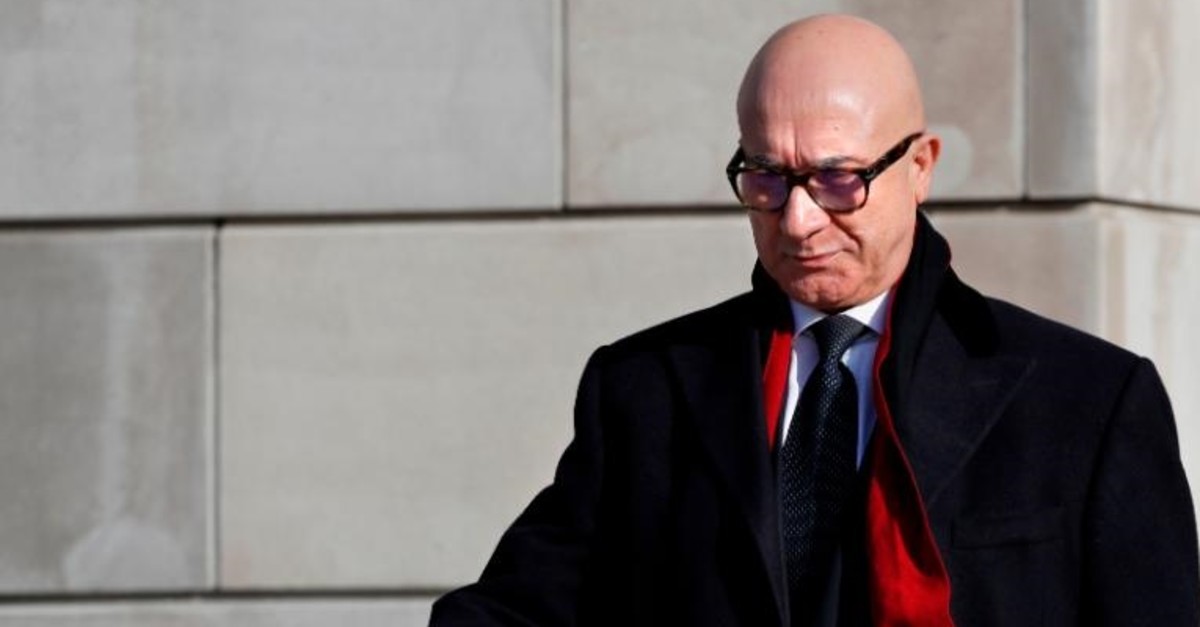 A federal judge on Tuesday tossed out convictions against a one-time business partner of former national security adviser Michael Flynn who was accused of acting as a Turkish foreign agent.

U.S. District Judge Anthony Trenga ruled that the evidence against Bijan Kian was insufficient to sustain a conviction even though a jury convicted him at a trial earlier this year.

Trenga had expressed doubts about the government's case throughout the trial.

Turkish officials also criticized the prosecution. A spokesman for Turkey's President Recep Tayyip Erdoğan told The Associated Press at the outset of the trial, "The idea that we would conspire against the United States is preposterous."

On the eve of trial, prosecutors opted against putting Flynn on the stand even though he had been expected to be the star witness. Flynn acknowledged in a separate case that he made false statements about work he performed that benefited Turkey; he had hoped at one point that his cooperation with prosecutors in Kian's case would help him receive a lighter sentence in his own case. Flynn's sentencing is still pending.

Prosecutors alleged Kian and Flynn were acting at Turkey's behest when they undertook a project over Fetullah Gülen, the U.S based-leader of FETÖ terror group.

Trenga also ordered that Kian should be granted a new trial in the event that an appeals court reverses his decision to grant acquittals.

Mark MacDougall, one of Kian's lawyers, said in a statement, "Bijan and his family are relieved and looking forward to getting on with their lives. We are all grateful to the Court. Our system is still sturdy and, in this case, justice has been done."

The U.S. Attorney's Office for the Eastern District of Virginia, which prosecuted the case, issued a statement Tuesday saying it is reviewing Trenga's decision and declining further comment.

Kian, also known as Bijan Rafiekian, was convicted in July after a six-day jury trial on a conspiracy count and a count of acting as an unregistered agent of Turkey. Prosecutors argued that Kian and Flynn, who were partners in the Flynn Intel Group, were acting at Turkey's behest in a campaign to "discredit Fetullah Gülen."

FETÖ and Gülen orchestrated 2016's defeated coup attempt in Turkey which killed 250 people and injured 2,200 others. Ankara also blames FETÖ for being behind a long-running campaign to overthrow the state through the infiltration of Turkish institutions, particularly the military, police, and judiciary.

Flynn wrote a November 2016 op-ed piece comparing Gülen to former Iranian leader Ayatollah Ruhollah Khomeini. Prosecutors said Turkey directed the effort through a middleman, businessman Kamil Alptekin, and pointed to a series of irregular payments flowing back and forth between Kian and Alptekin.

Alptekin, chairman of the Turkish-American Business Council (TAIK) and owner of the Turkey-based EA Group, said he hired the FIG through his Dutch company, Inovo BV, in order to promote the Turkish business environment in the U.S. and receive geopolitical reporting services in the U.S about Turkey.

At trial, Kian also presented evidence that he had intended to register under the Foreign Agents Registration Act until a lawyer advised him it was unnecessary in his case.