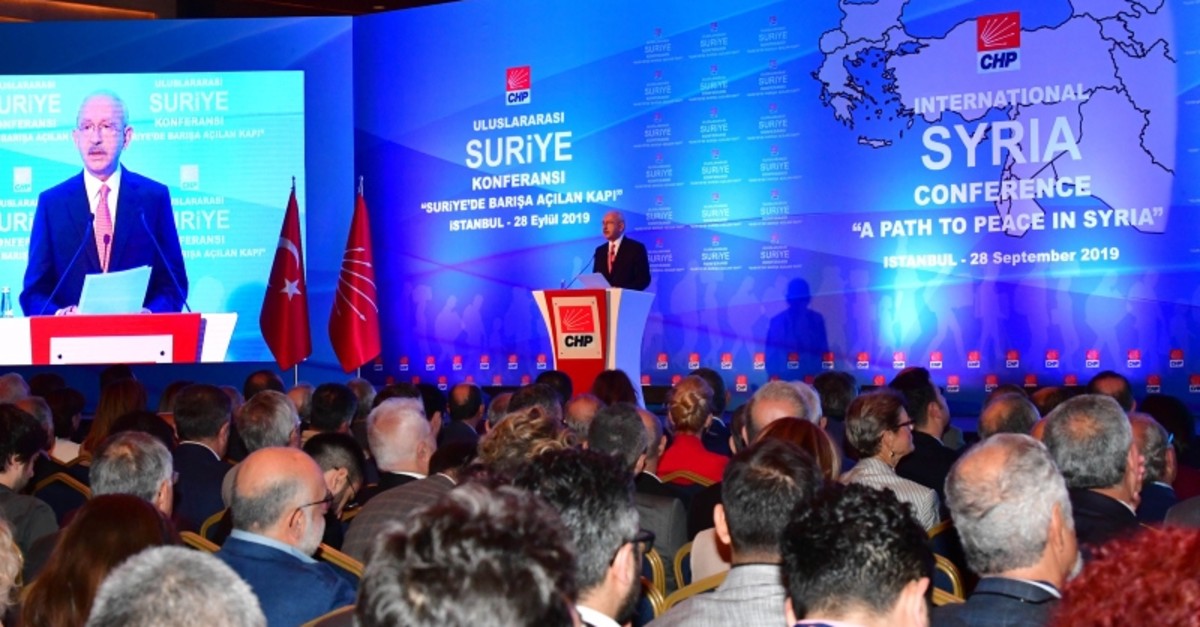 The leader of Turkey's main opposition party stressed the importance of restoring peace and stability in Syria to maintain tranquility in Turkey.

"The channel between Ankara and Damascus is the easiest way to peace," Republican People's Party (CHP) Chairman Kemal Kılıçdaroğlu said during an international Syria conference in Istanbul organized by his party.

The conference, "Gate to Peace in Syria," aims to contribute to establishing lasting peace in Syria.

Underlining that Syria and Turkey share a common history and have strong cultural ties, Kılıçdaroğlu expressed hope for the reestablishment of friendship and good neighborly relations between the two countries.

He also stressed Turkey's right to fight against terrorist organizations in Syrian territory, "in order to ensure its safety."

"Turkey's struggle against terror beyond its borders is a right guaranteed by international agreements and engagements," said Kılıçdaroğlu, adding that Ankara should continue its counter-terrorism efforts with "respect for Syria's territorial integrity and by establishing direct relations with Damascus."

"We should never forget that only the Syrian people can decide the future of Syria," Kılıçdaroğlu stressed.

Kılıçdaroğlu also reiterated the CHP's proposal in 2018 to establish an "Organization of Middle East Peace and Cooperation."

The organization, to be founded by Turkey, Iran, Iraq, and Syria, would pioneer peace that would spread from the region to the rest of the world, said Kılıçdaroğlu.

The conference will address topics including the international dimension of the Syrian issue, problems faced by Syrian refugees, social life and integration, the strategic role of regional actors, and the role of local administrations.