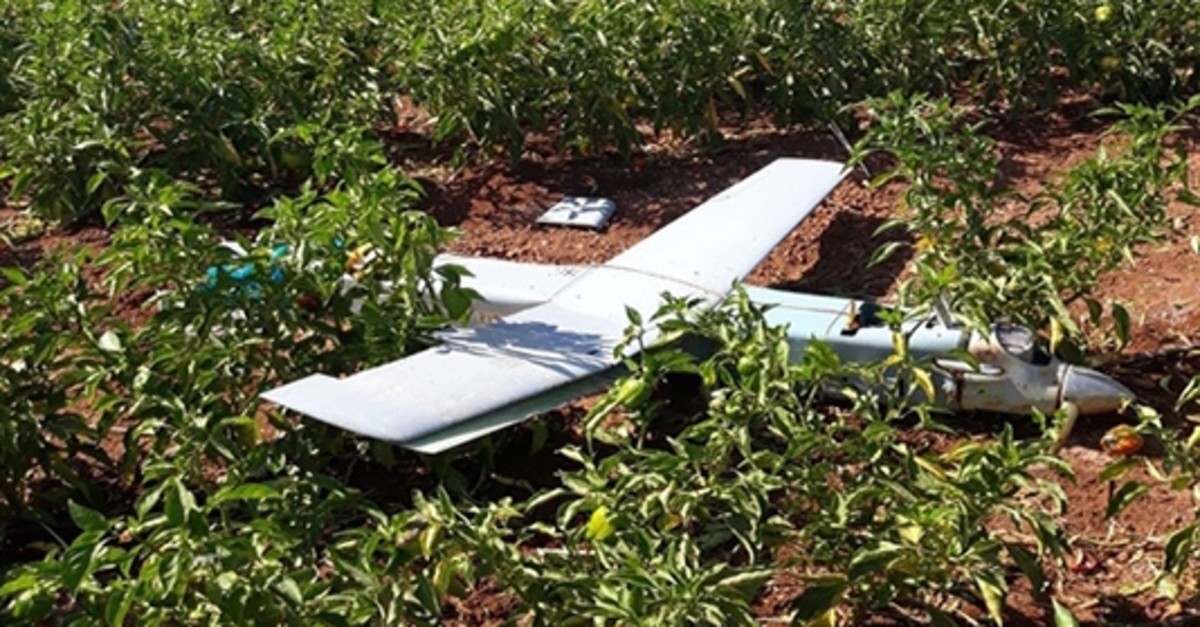 The UAV of undetermined nationality violated Turkish airspace six times near Kilis, a Turkish province on Syria's border, and in the region of northern Syria liberated by Turkey's Operation Euphrates Shield in 2016-2017, the ministry said.

The drone was downed at 1:24 p.m. by jets dispatched from Incirlik Air Base in Adana, southern Turkey.

Kilis gendarmerie forces found the debris of the UAV between Çıldıroba military base and Beşiriye temporary housing center.

The ministry shared photos of the downed drone.

Turkey launched Operation Euphrates Shield in 2016 to clear provinces west of the Euphrates, such as al-Bab and Jarablus, from Daesh and the PKK's Syrian affiliate, the People's Protection Units (YPG). Operation Olive Branch was launched in 2018 in northwestern Afrin province, again to clear the region of terrorist elements.

Turkey is currently undertaking efforts in coordination with the United States to establish a safe zone in northern Syria and develop a peace corridor to facilitate the movement of displaced Syrians who want to return home. The two allies also agreed on Aug. 7 to establish a joint operations center.

The agreement envisaged setting up necessary security measures to address Turkey's security concerns, including clearing the zone of the YPG, a group the U.S. has sometimes allied with, in spite of Turkey's objections.