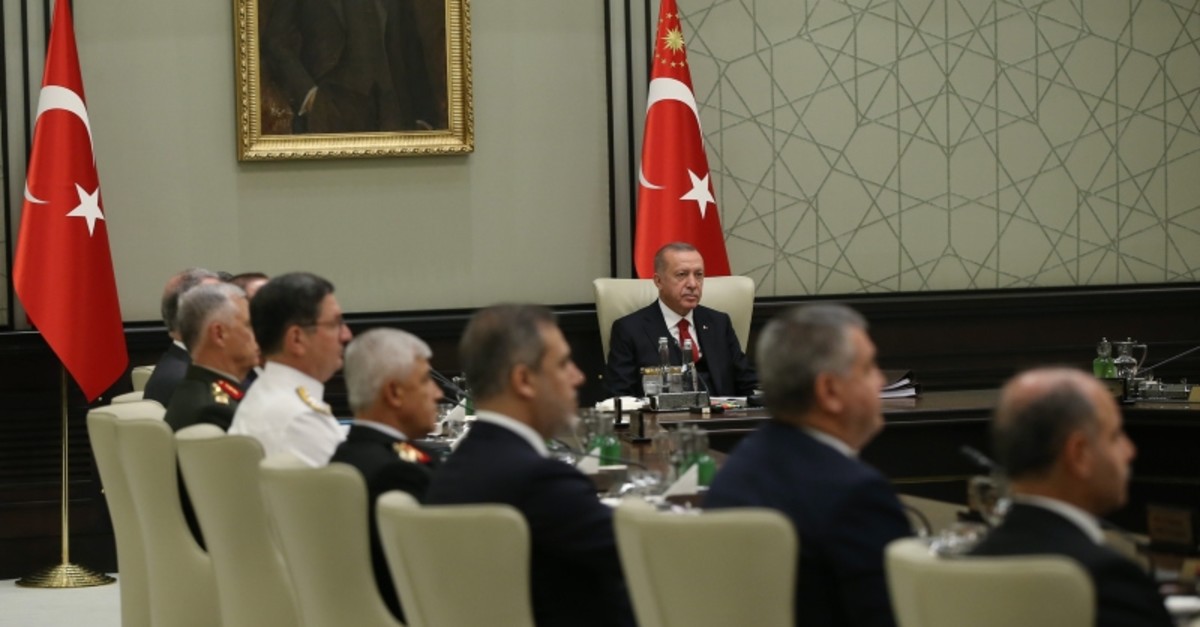 The Council, chaired by President Recep Tayyip Erdoğan, also said that the Claw operations in Northern Iraq will continue until all terrorists are eliminated from area.

According to the safe zone plan, which President Recep Tayyip Erdoğan shared with U.S. officials, 140 villages and 10 district centers will be established within the 30-40 kilometer deep safe zone in northern Syria, housing 5,000 and 30,000 inhabitants each, respectively. The settlements will be provided with various facilities so that the people living there will be able to have a normal life with every necessity met.

Following its proposal to build residences for refugees in the planned 30-40 kilometer deep safe zone, Turkey has been preparing to take the first steps for the initiative in Idlib's de-escalation zone.

Amid ongoing efforts to resolve the humanitarian crisis in Syria, Turkey has intensified diplomatic contacts with international actors such as the U.S., Russia and Iran. In addition to these diplomatic efforts, Turkey also conducts humanitarian projects to provide shelter for victims of the civil war.

Syrian refugees have been returning to their country for some time. The return of Syrian refugees has been made possible recently thanks to Turkey's two operations in the area: Operation Euphrates Shield and Operation Olive Branch. Turkey launched Operation Euphrates Shield in 2016 to clear provinces west of the Euphrates, such as al-Bab and Jarablus, from Daesh and the PKK's Syrian affiliate, the People's Protection Units (YPG).

Operation Olive Branch was launched in 2018 in northwestern Afrin province, again to clear the region of terrorist elements. Both these operations proved successful and achieved their goals of bringing peace to the region. There are currently nearly 3.6 million Syrian refugees living in Turkey. The number of Syrian refugees who have returned to their homeland has exceeded 330,000.